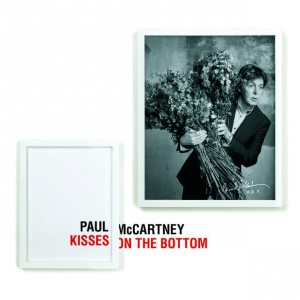 It’s not every week that we get a new album from both surviving Beatles.

Well into retirement age, neither Beatle is slowing down their output. With his two previous studio albums, Memory Almost Full (2007) and Electric Arguments (2008, by his electronic side project the Fireman), Paul showed he had no intention of letting his 64th birthday get to his head. If in those albums he was still trying to push boundaries and make interesting music, in Kisses on the Bottom (February 7), his goal is a bit different: to make “an album you listen to at home after work, with a glass of wine or a cup of tea.” In other words, McCartney at 69 has succumbed to the inexplicable urge of every elderly rocker—that is, to make public their love for the Great American Songbook.

The album includes 12 classic pop songs and show tunes and two originals. The album gets its title from a lyric in its opening track, “I’m Gonna Sit Right Down and Write Myself a Letter.” As expected, the recording is technically flawless throughout but it has very little of the magic McCartney can bring to a record. Singing these standards, Paul’s love for the songs is obvious but his crooning voice sometimes gets into a creepy constricted-sounding whisper that reminds you that Paul was not meant to be recording for Hear Music, a record label run by Starbucks.

It was produced by Tommy LiPuma, probably best known for producing some of Barbra Streisand’s recent work. In short, it’s the kind of album where it doesn’t feel out of place when a children’s choir chants “Two and two are four/ Four and four are eight/Eight and eight are sixteen” etc. (“Inchworm”). The highlight of the album is McCartney’s original “My Valentine,” featuring some light guitar from Eric Clapton. It’s still firmly on the sappy side but, to McCartney’s credit, his own writing stands up well next to the weathered hits. The other original, “Only Our Hearts” features the trademark harmonica playing of Stevie Wonder to close off the album. 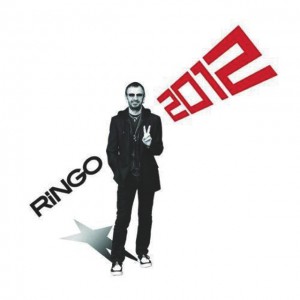 Ringo 2012, gives off a much more cheerful vibe; he at least looks like he’s trying to have some fun. In the opening song, “Anthem,” Ringo (71) reminds you that he hasn’t given up on the peace and love thing. In case you don’t remember that it’s an anthem you’re listening to, Ringo reminds you at every turn that “this is an anthem” (I lost count at 13 times). The whole affair is quite quick; the album clocks in at just under 29 minutes but he manages to pack in nine songs— five new songs, two covers and two remakes of his own songs from the 70s.

Songwriting was never his strongest suit and the lyrics on the album are a bit uneven. They start out at a pretty cringe-worthy point in “Anthem” with such lyrical gems as “you think you’ve got it covered/ you say you know the score/ but people are dying/ there’s no denying/ but do we, do we know what for?” The best song is the upbeat remake of “Wings” from his 1977 album Ringo the 4th (actually his 6th album). For this song he gets some very welcome help from Eagles’ guitarist Joe Walsh and Tom Petty’s organ player Benmont Tench.

The covers—a steel-drum-filled cover of Buddy Holly’s “Think it Over” and a heavy guitar take on the folk classic “Rock Island Line”–are fun but pretty forgettable. The album ends on another high point with “Slow Down,” featuring Walsh’s signature slide guitar sound. Ringo 2012 probably won’t be remembered as Ringo’s best but at least it’s not as depressing as hearing Paul McCartney urging you to “Ac-Cent-Tchu-Ate the Positive”.