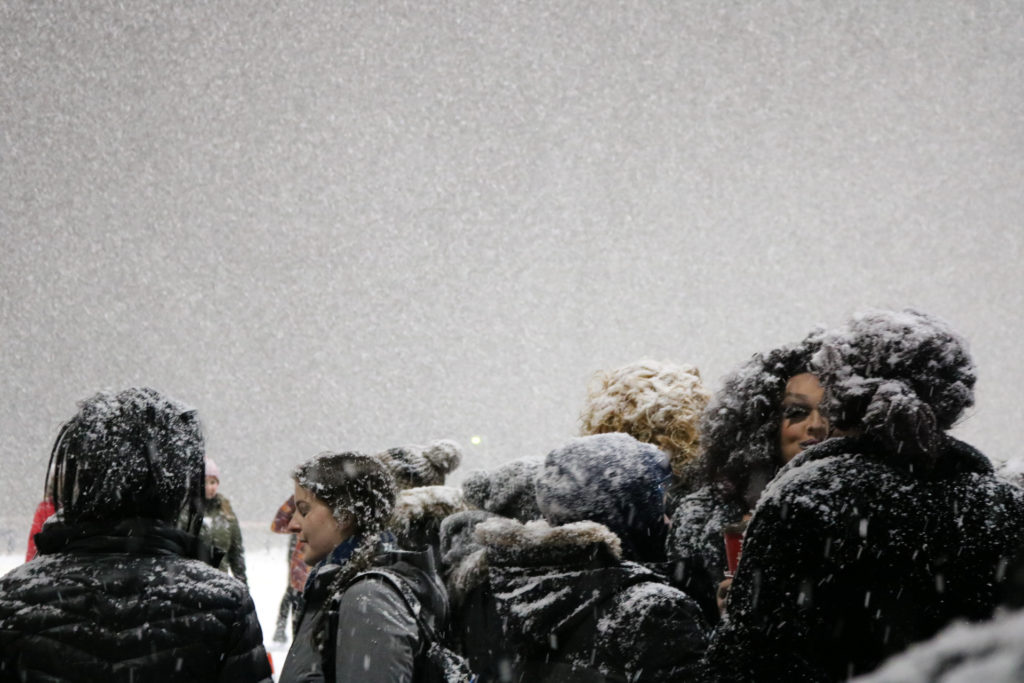 More than 20 Drag Queens and kings showed up to the Emera Oval for the “Babes on Blades” event on Feb. 9. The Queens individually raised money for the Children’s Wish Foundation of Canada. The $10,000 goal was surpassed with a total of over $13,000 in donations. 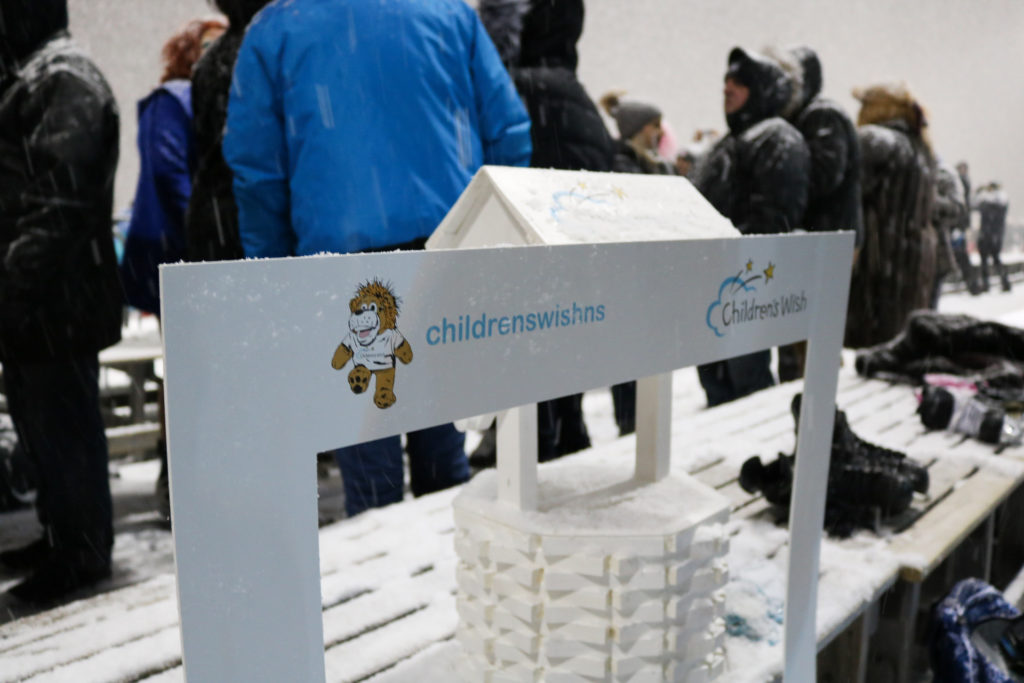 The Children’s Wish Foundation of Canada expects to grant over 1,000 new wishes in the country. In Nova Scotia, 96 wishes are currently being worked on. Pat Bishara, the manager of resource development, says that with the money raised they will “be able to grant a wish to a very special child.” 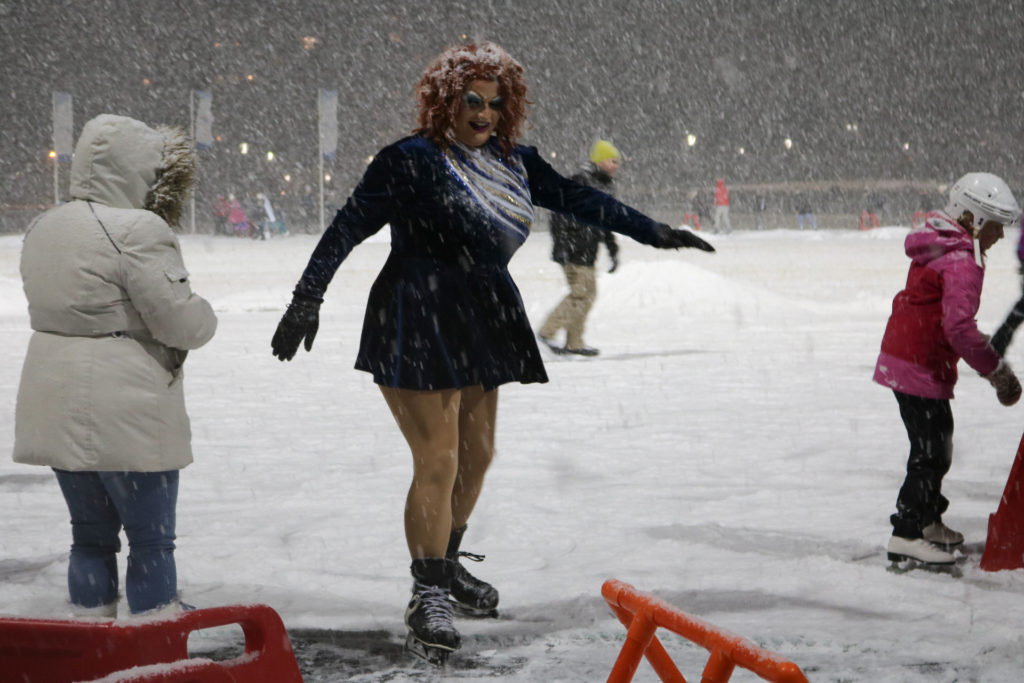 Despite the snow, the event was still popular. “We love the weather,” says Bishara. “It’s like we’re all in the middle of a snowball.” 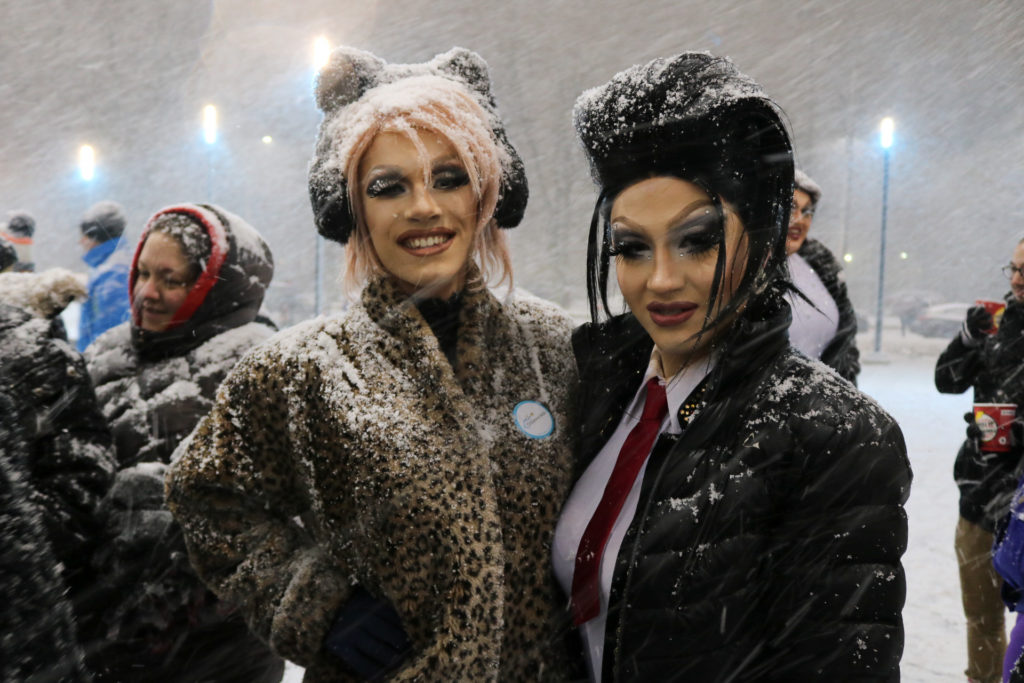 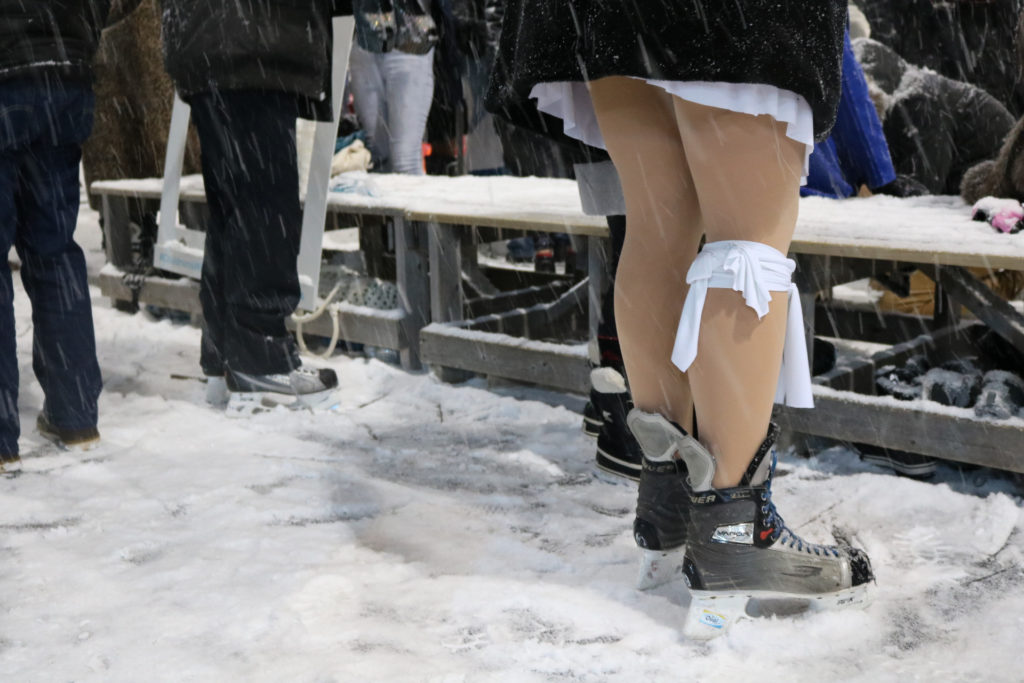 Gena Dawe brought her two girls to the event: Genevieve, 8, and Dominique, 3. “I like going there to see how close they can get to looking like an actual woman,” says Genevieve. Dawe brought her girls to support the Children’s Wish Foundation and for the normalization of the LGBTQ community. 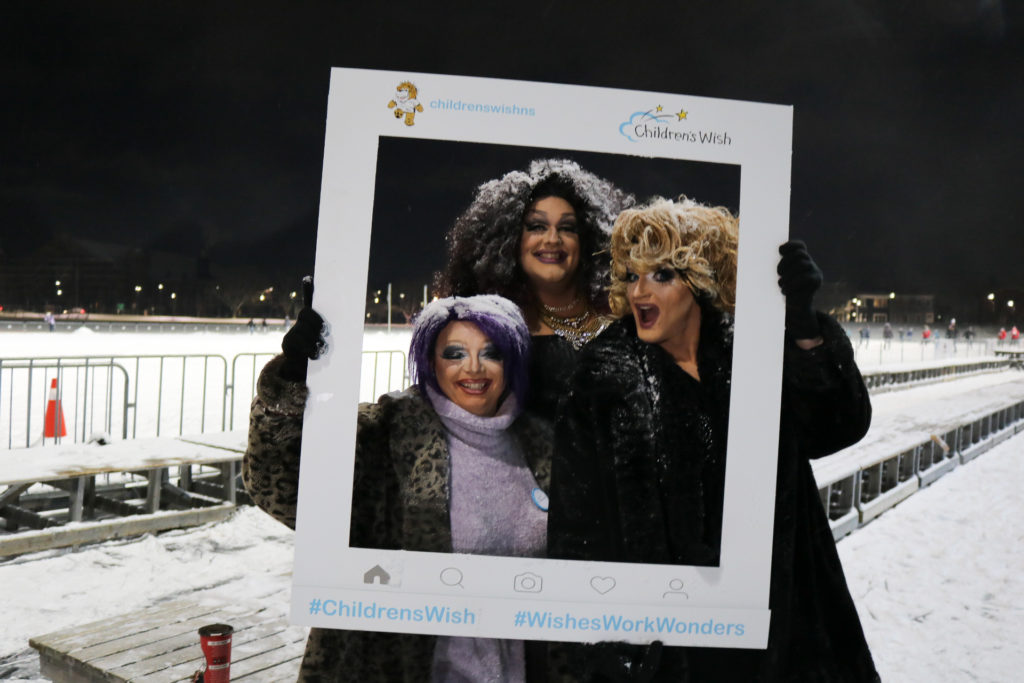 Dyna Might (left), Rouge Fatale (center) and Deva Station (right) were some of the drag queens that raised money for the event. Both Genevieve and Dominique are fans of Rouge Fatale. “She does the readings at the library in the summer during pride week and they just absolutely adore her,” says Dawe. “We sponsored her and came here to support the group.”