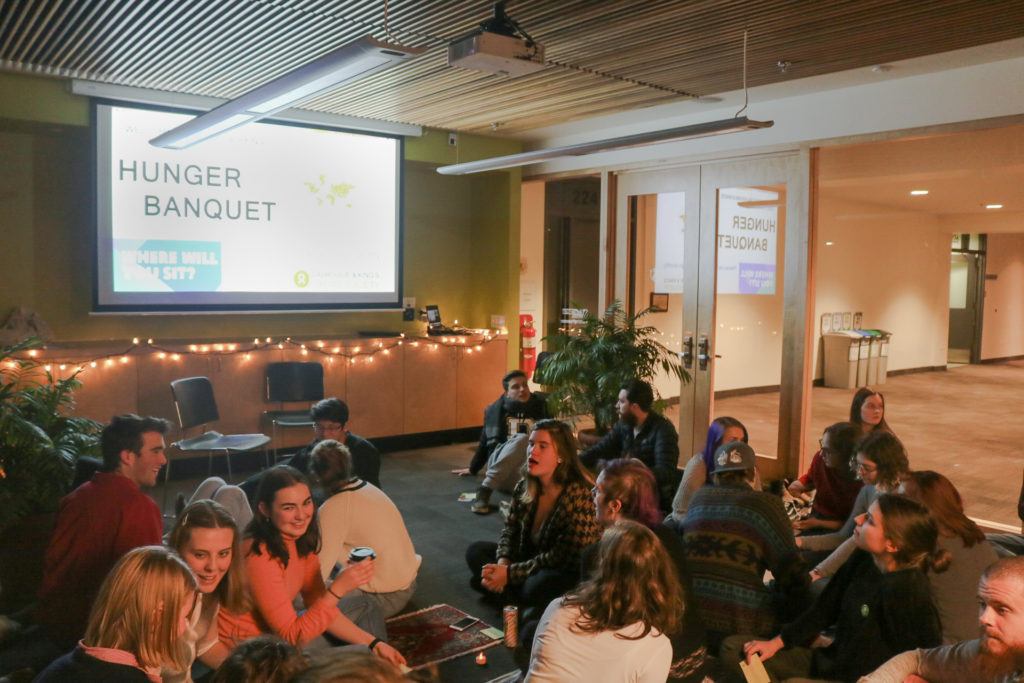 The Dalhousie and King’s Oxfam Society held a hunger banquet on Nov. 22 in the Student Union Building. The society represented issues of global disparity of wealth and food inequality.

“We really had no idea what to expect,” says Katie Clarke, the co-president of the society. “I think we really just wanted to get through the event, we just wanted to have something that meant something to someone.” 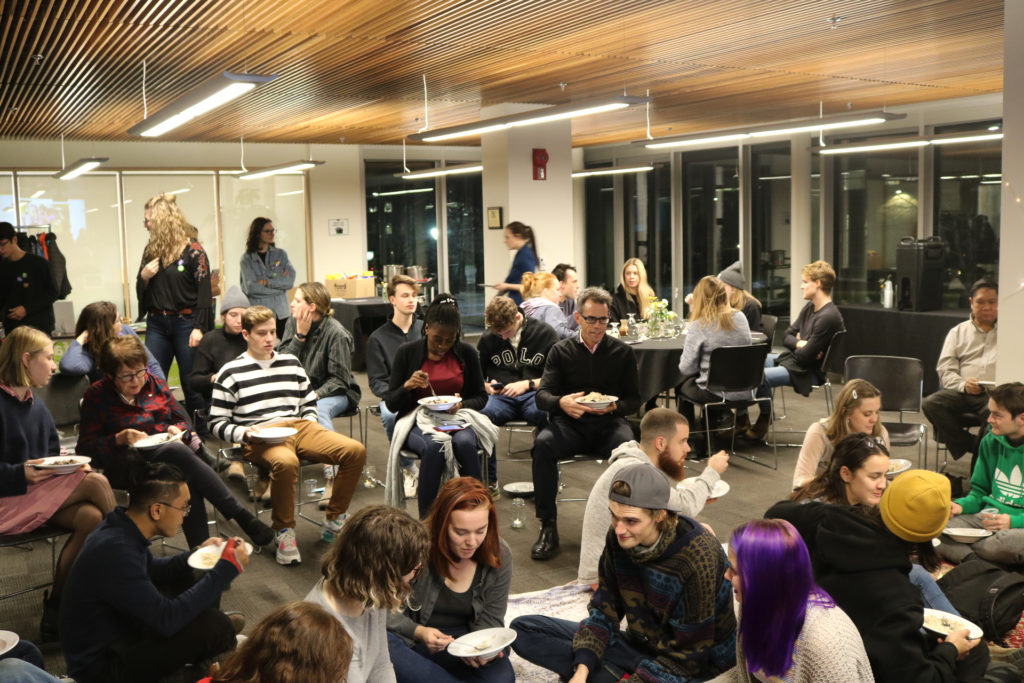 As people entered the event, they drew character cards which gave them a character and randomly placed them in an income level. These stories were designed by Oxfam Canada. Some were real stories about people across the world. 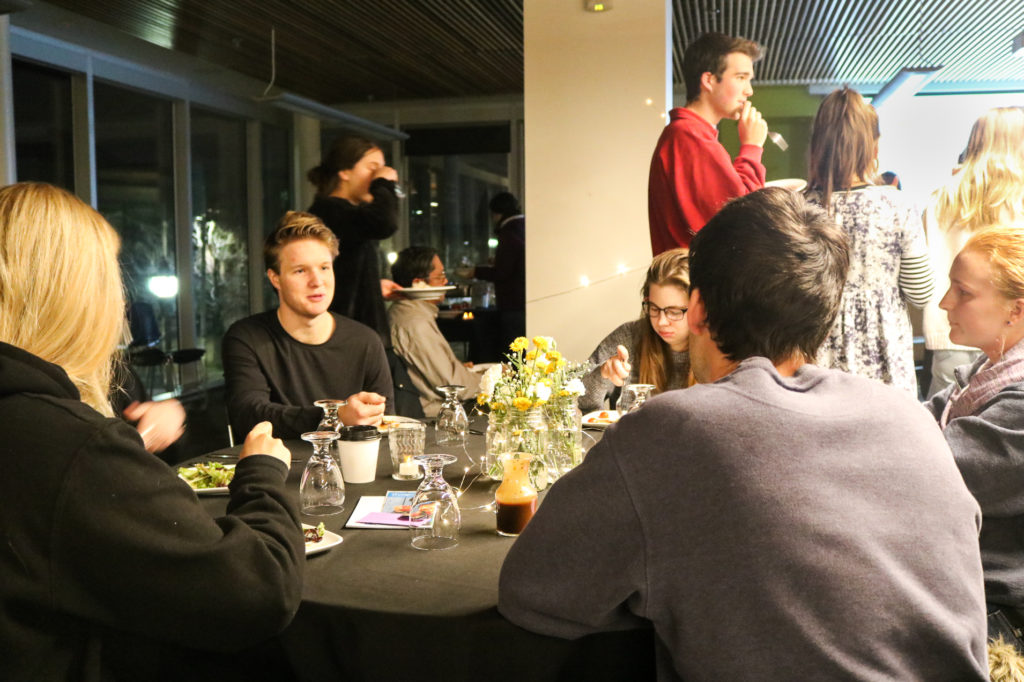 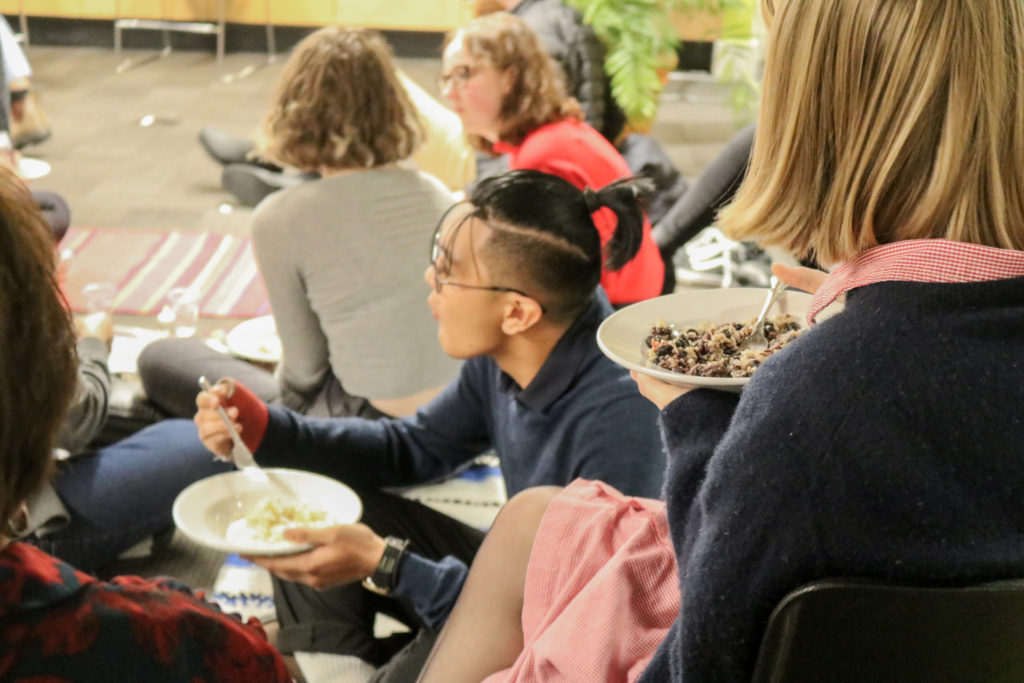 Those in the high-income bracket felt uncomfortable in their position because they could see others sitting on the floor eating plain rice. Meanwhile, they were served catered meals. 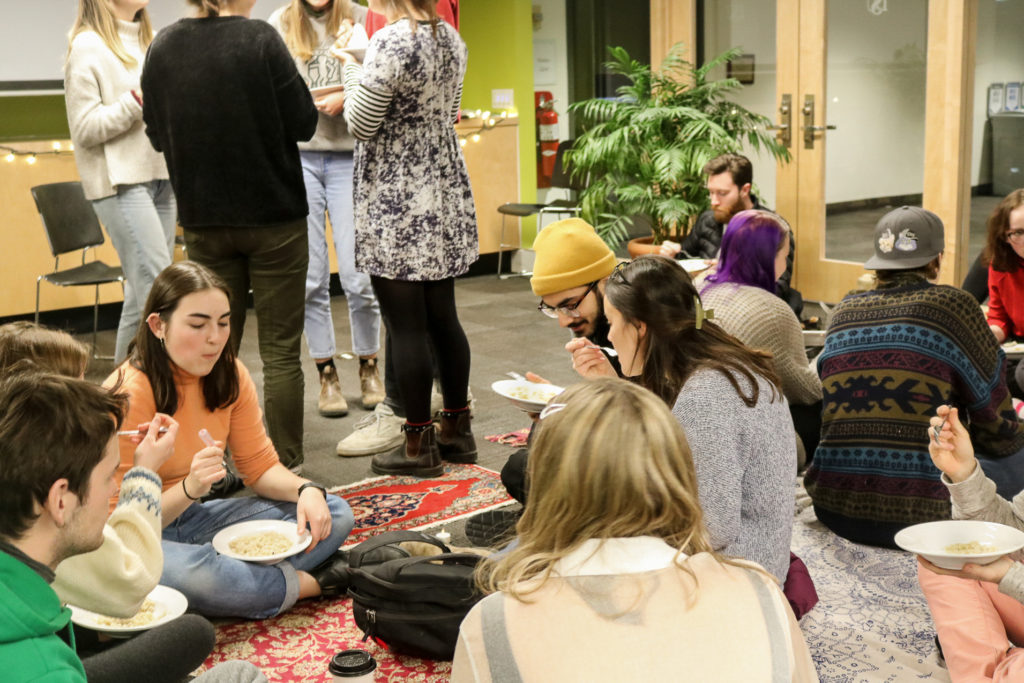 Attiya Hirji, a fund development officer from Oxfam Canada, came from Ottawa for the event.

“If you are interested in supporting what’s going on overseas, if global issues resonate with you and you want to do something,” she says. “Remember that you don’t necessarily need to go overseas to make a difference. There are small things that you could do right at home in Canada to make a difference abroad.” 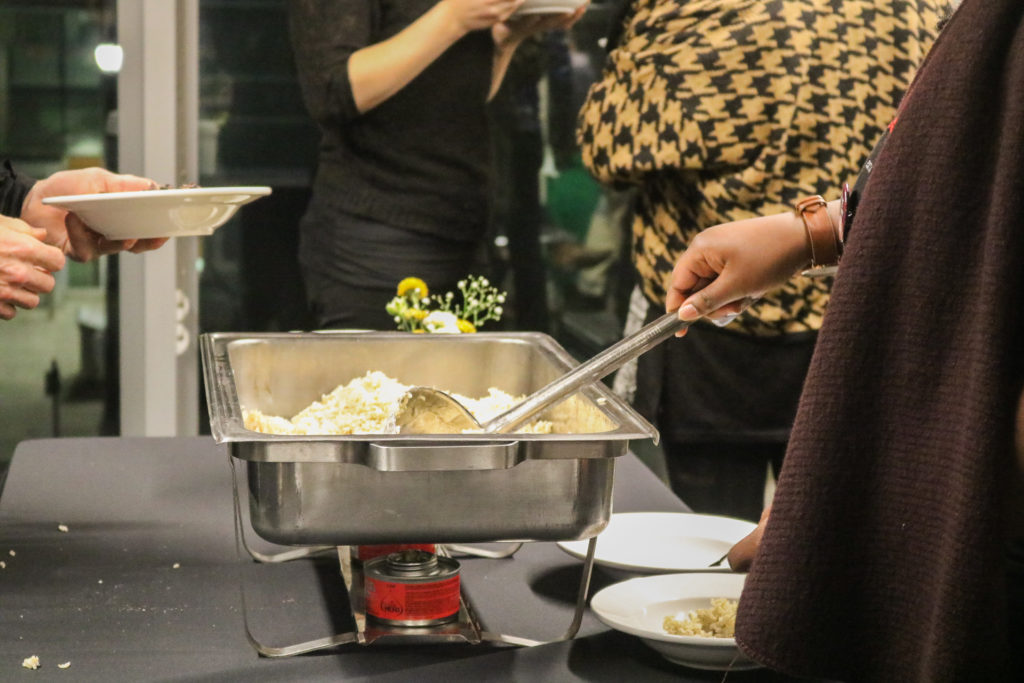 The high-income meals were catered by Dalhousie Catering. This was funded through a Dalhousie Student Union grant that the society applied for over the summer. The rice and beans were provided by the Loaded Ladle. 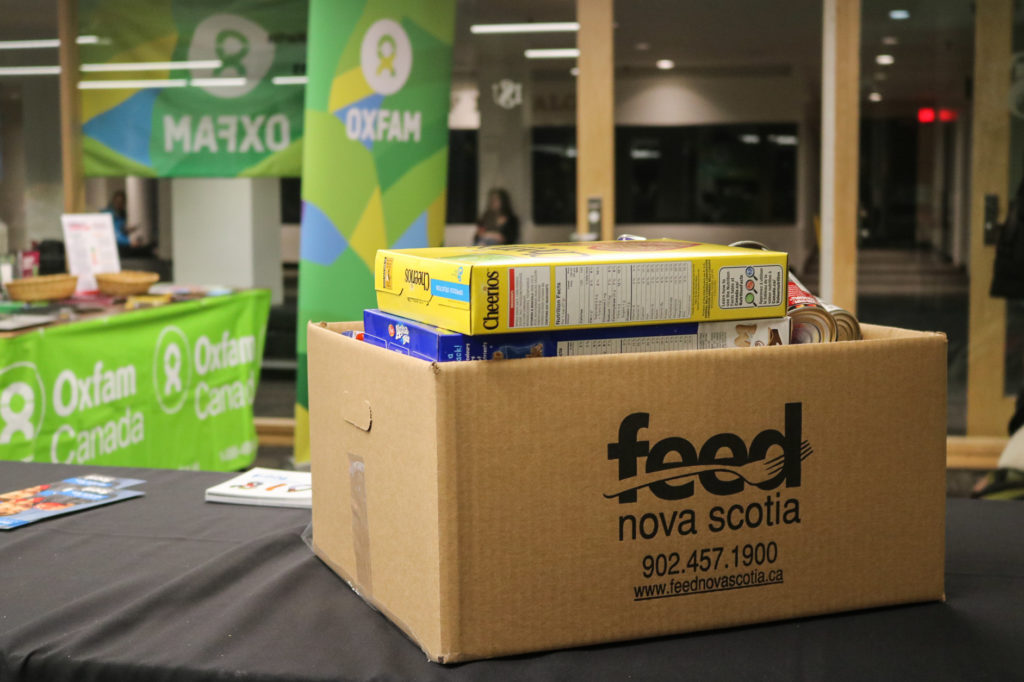 Attendees left over three boxes worth of non-perishable food donations. 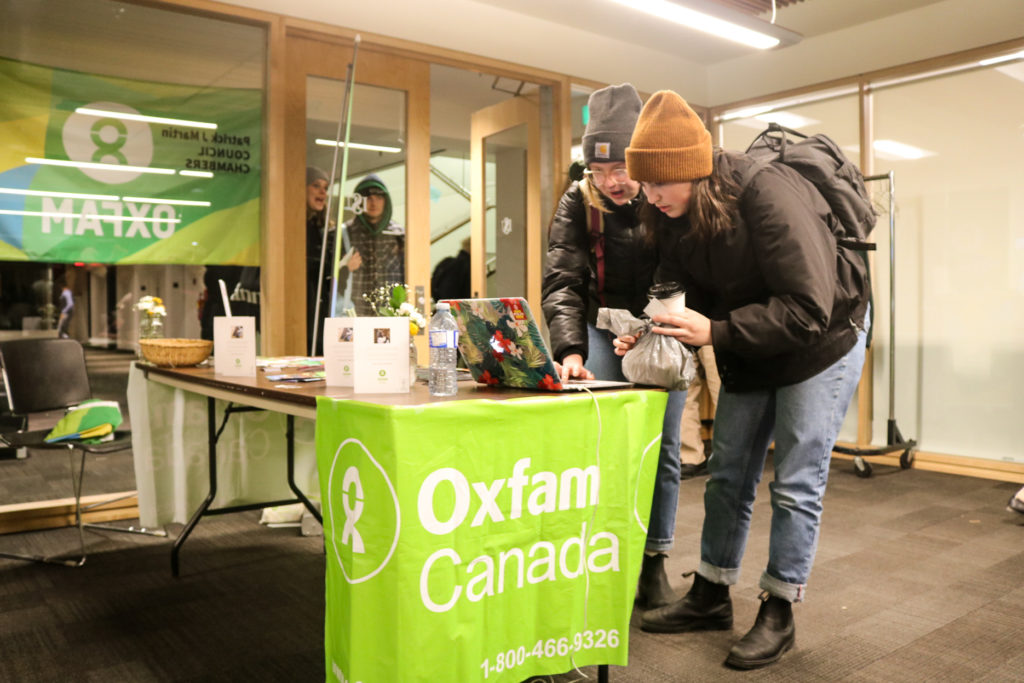 At the end of the event, attendees joined the society and signed an Oxfam Canada petition about empowering and supporting women who are fleeing conflict.

To get involved with the Dalhousie and King’s Oxfam Society, send them a message on their Facebook page or email them at oxfam@dal.ca.