Tunes Review: Paint – Where We Are Today 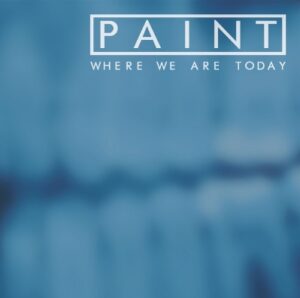 Paint, Where We Are Today.

Originating in Vancouver, the Toronto-based band Paint’s latest album, Where We Are Today, is nothing less than an Indie-rock coffee shop album. Charged with soft guitars and mellow vocals, the record approaches ideas of love and all the things that could have been.

Recorded in Hamilton and Kitchener, Ont., the vocals and instruments come together like a Jim Creeggan and Billy Corgan love child, powered by a Kings Of Leon aesthetic. The album hosts 10 songs, which sound disappointingly similar when the full album is played, and the lyrical content, while admittedly fitting for what the record attempts to communicate, is rather simple.

I played the album for weeks, and it didn’t seem to grow on me. By the end, I could stand half the songs on the track list, with “Gastown” being my personal favourite. It’s one of the more mellow sounding pieces on the album, with a late 90s feel. “Home” is also one of the better tracks; the guitar picking in the background slowly grows to a punk-rock bash-out of drums and energized vocals. Tracks I was less impressed with include: “She Leaves,” a song that lyrically appears to be a last minute track thrown in to get the tracklist up to an even 10, and “Girl in A Frame,” in which the most impressive lyric is a repetitive “uh-huh”.

Ultimately, the album lacked complexity, and I personally wouldn’t go and buy this album, or even go to a live performance by Paint. Hopefully the future will bring improvements for this quartet of guitar, bass, keyboard and vocals.