Despite improvements, Dal’s bicycle infrastructure leaves something to be desired

Dalhousie University has made numerous efforts to ensure that students can have the option of biking to school. However, as cyclist and Dal employee, John Kyle pointed out, “there’s always room for improvement.”

Many students live off-campus, and some want a healthy, environmentally-friendly option to commute. With this in mind, Dal created new biking infrastructure, such as new bike parking spots and bike lanes.

Executive Director of the Office of Sustainability, Rochelle Owen, reflected on Dal’s efforts by noting that there has been new biking infrastructure installed on Sexton Campus: a new bike corridor through the campus. “The [Halifax Central] Library owns the top part of the land and the bottom part, Dal owns,” said Owen. 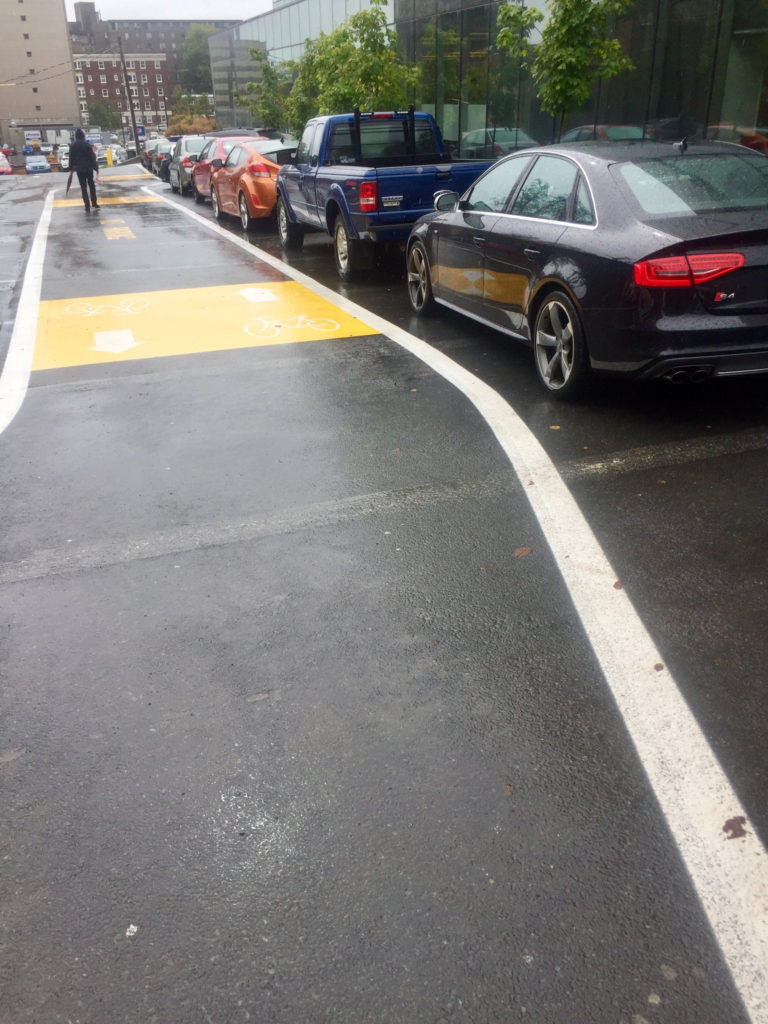 Kyle works at Dal’s Centre for Collaborative Clinical Learning and Research. He believes that the biking corridor on Sexton can be improved by implementing “protected lanes.” He explained that it “should have curbs or bollards protecting it so that drivers know where it’s safe to park.”

“The section by the Central Library included a buffer zone between the lane and the grass, but didn’t have physical barriers to prevent drivers from parking in it,” said Kyle. “A few bollards or pre-cast curbs would keep them out of there.” 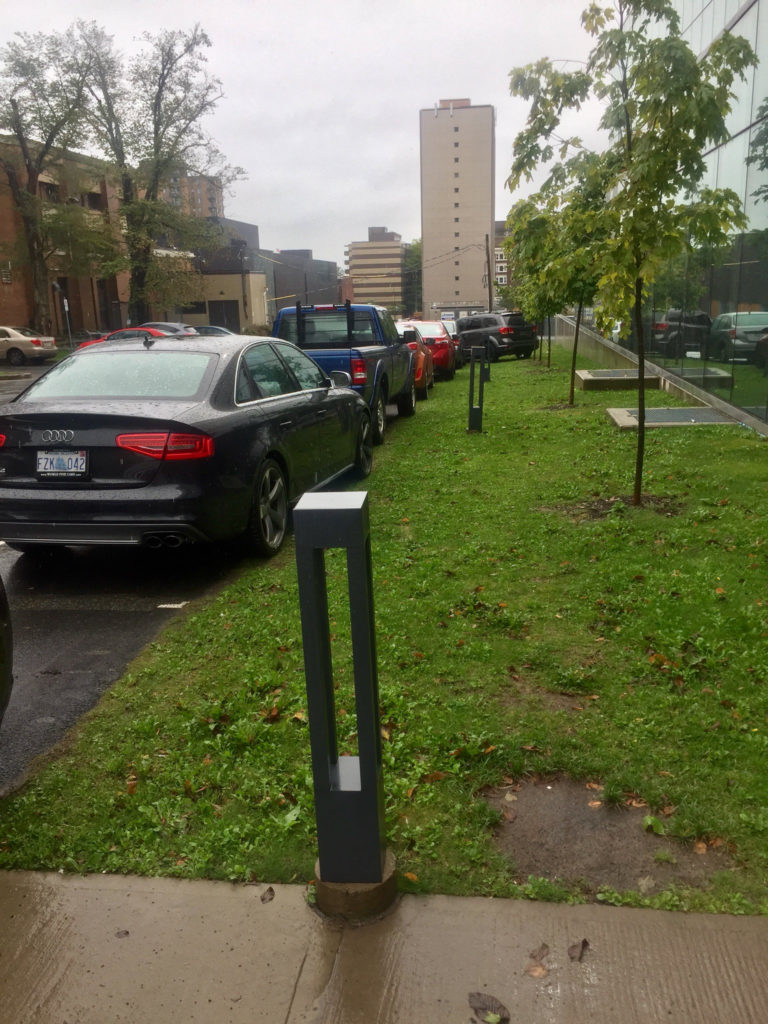 Kyle also mentioned that in addition to the Sexton campus, the bike lanes on University Avenue could be improved as well, with “a fully-protected lane.”

But Owen said Dal isn’t responsible for this bike lane. “On University Avenue, there’s the pilot cycle track and it is on HRM land,” she explained. She advises that people call 311 if they have any concerns about illegal parking in those lanes.

Owen also noted that they are aware of the issues facing cyclists, as they continue to “get emails and tweets and Facebook messages.” However, the Office of Sustainability is not responsible for enforcement. Upon reception of complaints they “notify the Security Office and they do enforcement.”

Sarah Manchon, Chair of the Halifax Cycling Coalition, supported the bike lanes on University Avenue. She said this is “an important project” as it “provided momentum and support for the subsequent bikeway projects that have been implemented since.”

The concerns of the cyclists are taken into consideration when assessing new projects to ensure the safety of bikers. Manchon explained that they evaluate feedback from cyclists and use this to “have a deeper conversation about why the design treatment matters,” which leads to the construction of new “planters and concrete barriers, that create a safer division between cars and bikes.”

Kyle explained that although many features have been implemented to improve the experience for cyclists travelling to university, there are still some challenges. He pointed to the preferential treatment of car parking as one example.

Kyle proposed another solution which could prevent injuries in bike parking areas. He believes that “covered outdoor bike racks would help protect bikes on wet or snowy days. NSCC has them, why can’t Dal?”

There is an indoor bike parking area in the CHEB, but it remains inaccessible as “it’s behind two locked doors and a set of stairs,” he said.

Manchon agrees with the idea of students having the option to cycle to campus with ease. “Making campus comfortable and safe for cyclists can invite students to commute by bike, and to explore beyond campus,” she said.

Although cyclists face problems cycling on campus and around Halifax, Kyle is reassured that “Dal is doing relatively well at accommodating bicycles, especially compared to the city,” he said. “Dal seems to be actively looking for ways to make cycling better.”

Similarly, Manchon feels “very optimistic about cycling infrastructure in Halifax.” She continues to support the efforts of implementing new biking ideas around the city, such as the municipality’s Integrated Mobility Plan that “aims to implement a core network of connected bikeways in Halifax by 2022,” said Manchon. “There is momentum behind these infrastructure projects, and several bike lanes and paths will be completed this fall already.”