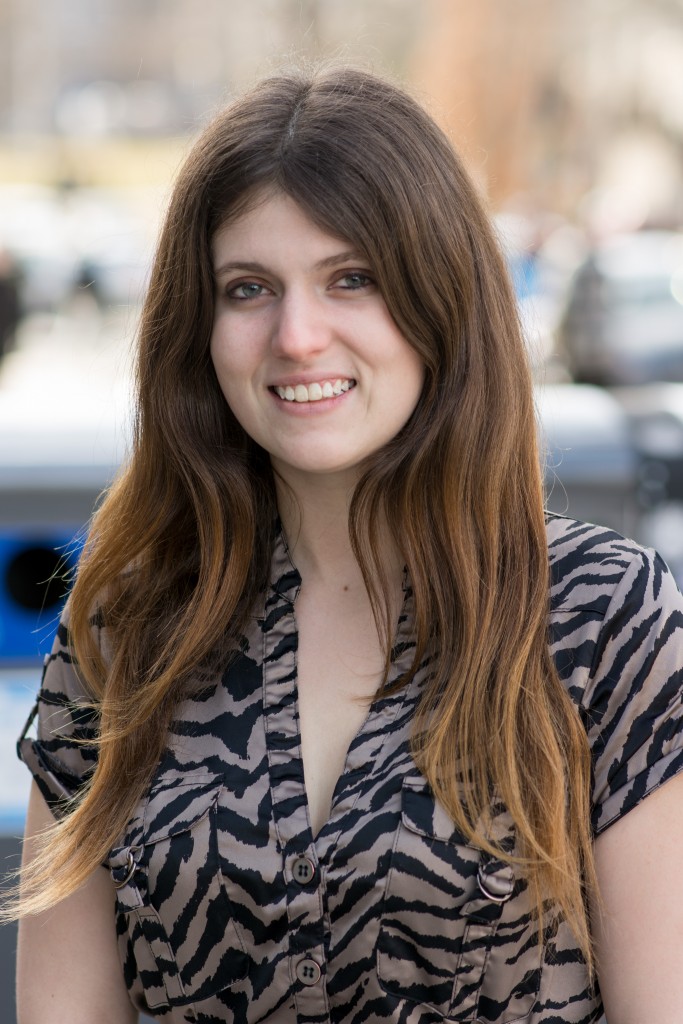 Why do you want to lead the DSU?

Because I want to take all the knowledge and experience I have gained over the years and the changes I have been able to implement and essentially give the students the tools to advocate for themselves and take the issues that are affecting them and work together to solve them – be they on a systemic level or on an individual level. I really think I have the experience to take student needs and address them in a way that’s going to last and have sustainable positive change.

After a year of being VP Internal, what makes you want to take on the role of President?

I’ve seen a lot of what the DSU President has to do and just in doing my job I’ve been so excited to have the opportunity to possibly be able to take on that role, to really be able to work with students on an individual level, to work with student societies even more and be that sort of networking hub between students and the university, to bring students to the table wherever possible and to take that feedback to have their passions influence the direction that the university goes. And again, I think with the amount of experience that I have, I’ve been able to navigate not only the student union but the university and even the government to be able to effect change.

What are your plans, if elected?

I essentially want to change the way the union interacts with individual members. I think it’s really important for students to be able to be as involved in the union as they feel that they wish to be or as their capacity allows them to be. We have very busy students with a variety of needs and as president, I want to be the person that would be able to go to those students or be able to take their feedback in whatever way they wish to provide it, and then channel that into implementing solutions for the challenges that they’re facing – whether that be increasing tuition fees, mental health, or advocacy or accessibility. I really think there’s no problem too big or too small that students can’t solve together. There are nearly 19,000 students at this university, and, therefore, over 19,000 possible solutions to the problems that we all collectively face.

What is the biggest issue facing Dal students next year?

Mental health. The demand for mental health services and the need for those services is far beyond what the university is able to support at the moment. I think everything all comes down to mental health. If you’re not able to take care of yourself or have the services that you need to function as a basic human being, then every other issue is just amplified. So I think working with students to ensure that our counseling and mental health services are student-driven and student-directed, culturally competent and trauma informed. I want to expand our peer support services because I think it’s one of the best ways to expand our capacity as a student body to be able to address these issues, but also a way to have some sort of specialized place for first year students, international students, graduate professional students who are facing high stress in their programs, as well as supporting students who are survivors of sexualized and gender-based violence.

Name three things you would change from how the DSU is currently being run:

I also think that we need to expand on something we’re currently doing. We have so many passionate students on this campus and a lot of that takes the form of student societies. It’s important to empower these societies and give them the resources and the tools to be able to advocate for the needs of the students they represent. In another light, it’s important for an individual student to feel that they can make just as much of an impact, whether they’re part of a society or not, depending if they feel that they have the capacity to take on that kind of an obligation. I think it’s important for each student to feel like they in themselves have the power to effect change.

Thirdly, it would be extending on that, in how we inform our practices based on the feedback we’re getting from students. Something we had talked about doing this year, but it didn’t come to fruition, was having a way for students to inform the priorities of the DSU executive specifically. Something I’d like to see, when you have your first year students here and your international students here, you have your campus community that’s essentially going to be with us throughout the academic year. Right in September or early October, having a way for students to take a look at what the executives plan to do, what their goals are, and be able to provide their own feedback. Whether they think that, yes, that’s a huge priority or here’s what you could add to it, or on the ground these are issues that we’re seeing that you’re not addressing. So having a way to have feedback on the priorities of the DSU going forward in the academic year would be really important.

How can you make the DSU’s work more visible?

Again, that goes back to having multiple avenues of communication. So something that has been a roadblock to communication with students has been that not every student is engaged with the student union and not every student has the capacity to be engaged with the student union. And that’s alright but that doesn’t mean that student can’t influence the union or can’t have their say or be heard. That’s why we need to have multiple levels of engagement and have all those levels be equal in terms of their influence that they’re able to have. By reaching students where they’re at, you’re able to not only inform them of what’s going on in the union but also take that feedback right away. I think what could help with that is partnering with faculty in reaching students directly in the classroom. And also making sure that syllabi information is going to provide students with the resources that they need to access services

What do you think of Dan’s performance this year?

I think Dan has been incredible. I’ve worked with him very closely and I would like to take all the work he has done and take it forward. I think he’s been amazing in being able to jump in right off the bat at the very beginning of the year and establish himself and be someone that students feel they can approach on student issues and talk to about whatever is going on. I’ve seen him handle so many very high stress situations with grace, respect, and dignity, and I think the work he’s done around mental health this year is so key and important and needs to continue. I would like to follow his example in what he’s been able to do by bringing this campus together.