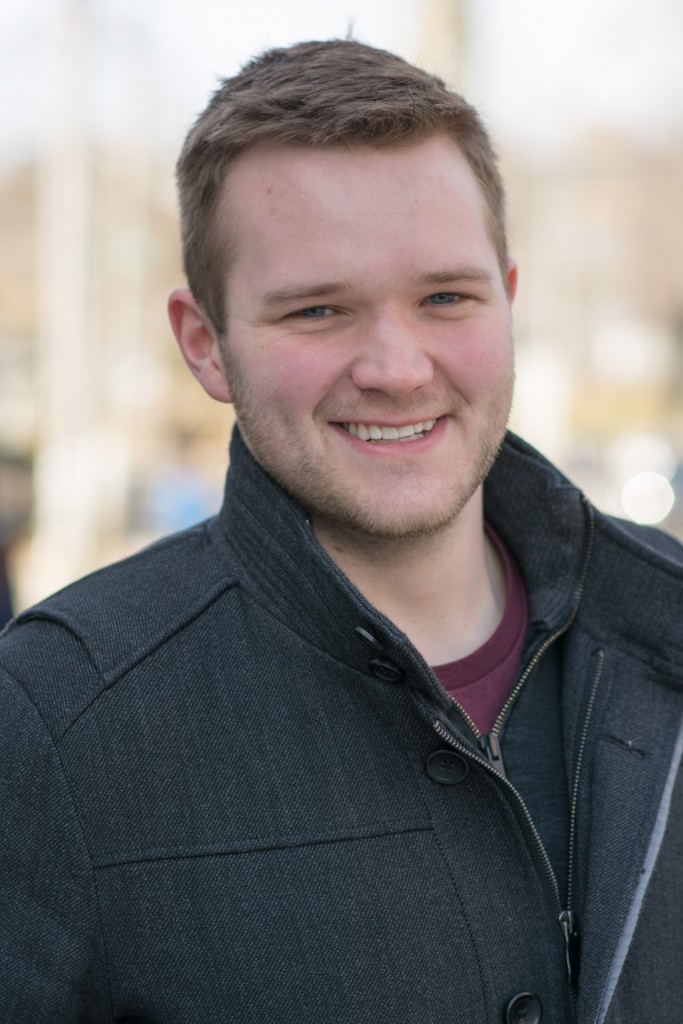 Program: Double major in Economics and Political Science, 4th year
Relevant experience: I’ve been involved in the DSU operations for the last three years, since my second year. I’ve worked in a lot of departments and the ones I haven’t I’ve started activities for. So, right now I sit on the Facility Improvement Committee, the Nominating Committee, the Governor’s Review Committee, the Student Life Committee, and the External Advocacy Committee. I’m also involved in societies: I’m the president of the Beer Brewing Society, which is a little lighter but it’s fun and I think it’s a good way to get involved. I’m also a member of the Gazette Publishing Board actually, but I have no place in editing or producing material, it’s more about the oversight of the organization. I’ve also studied: I did my first year in Commerce, and transferred into Econ and Poli Sci after that so through that I did basic business courses that have helped me to understand how the DSU can do a lot of things better. I’ve also worked in accounting for a major car dealer group here in Halifax. So I started here in 2011, took my second year off and worked there for a year, so I understand accounting, I know how to read financial documents, how to discern them and figure out kind of where the money is actually going, which kind of leads into my platform.

Mahbubur Rahman has held this spot on the exec for several years: what would you change about how he has handled the portfolio?
Mahbubur is actually a friend of mine and I think he’s done a great job in maintaining the portfolio. Nothing’s gone wrong, but nothing’s gone too right. I think the position’s become kind of stale, at the risk of sounding negative, and I think there’s change that needs to come.

Right now, one of the things that I have the most trouble with is that if a student looks at our books, they can’t really see where our budget’s going. A lot of the lines are mistitled or they’re lumped together in odd ways that don’t make any sense in accounting. So one of the things I kind of want to do is go line-by-line and make our books make sense to students, so students should see.

If you’re a full-time student you pay $71 a semester to the Student Union, and you should be able to look at our accounting books and see where it’s going. So that’s one of my biggest problems.

Another is I think the role isn’t accessible to students. Money plays a huge role in setting our priorities, so it’s about prioritizing what students want and what they need, and I don’t think that one person sitting behind a desk making a budget is reflective of what the position should be. So one of the things I want to bring to the role is the creation of a budget committee, which would represent a wider range of students and campuses that would be involved in drafting the budget form the start, rather than consulting after it’s done. I think it would open up the office, engage more students, and help to set priorities a lot more clearly.

What are your thoughts on the ongoing SUB renovations?
I’ve been involved, I work in the operation’s department of the DSU right now as a building manager, so I know pretty intimately the dynamics involved in the renovation – and it’s not an easy process. There have been a lot of changes made mid-reno. That usually leads to delays; we’ve had difficulties with pretty well every other party involved at some point in the road.

I think that I’m very well-prepared to take over mid-renovation because of the knowledge I’ve build and the fact that I’ve been involved all the way through, I’ve seen what’s going on, and I’m in the room already.
What issue do you think the DSU needs to devote more of its budget towards?
I think one of the biggest things right now is our smaller campuses don’t receive a proportional amount of money to the main campus, the Studley campus. So that’s something I’d really like to address.

Another is, well not so much about spending our money towards things, but about spending more wisely. Our services currently haemorrhage money; last year they lost about a hundred thousand dollars, which is to me poor management and I think someone in the VPFO role – hopefully me – needs to look at that with an innovative mindset.

It hasn’t changed in years and I don’t think it’s viable or sustainable for students to pour money into a service that very few access, so I think we need to change our view on that and the renovation offers a huge opportunity to do that with the changing physically appearance of the Grawood and its shrinking size, but it also needs to come hand-in-hand with a different approach to how we engage students in that space.
How do you determine what budget items deserve more funding than others?