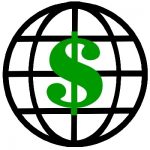 US and UK equities faltered at the end of last week, with concerns about the Greek bailout. Luckily, a decision was met early Saturday morning, as Papademos won cabinet approval to secure a second Greek bailout (of €130 billion Euros). Papademos said that the “rejection of the deal [Saturday] would [have led] to uncontrollable economic chaos and social explosion.”

Executive renumeration continues to be a hot topic.  This week, Barclays capped cash bonuses for investment bankers at 65,000 GBP and announced a 32% cut to the bonus pool at Barclays Capital. This move comes after Barclay’s reported weak earnings. In general, this reflects “public mood” about big bonuses, which have continued to get attention since the 2008 crises. It does not seem to reflect the sentiment of senior level staff, however. Christopher Bones, professor at Henley Business School, calls the current crop of senior staff the ‘L’Oreal generation’ as they feel they “have the right to sizeable salaries ‘because they’re worth it.’”

As earnings reports come in, it seems that luxury good producers have been doing particularly well. This reflects a strong demand for high-end fashion even with confusing economic times. For instance, Hugo Boss reported better-than-expected fourth quarter earnings and annual sales rose 19%. LVMH, the world’s largest luxury group (which owns Louis Vuitton, Dom Pérignon Champagne, Dior, and has a stake in or owns many other high end brands), grew net profit approximately 1% last year and had a 21% increase in final-quarter sales compared with the previous year. Other brands, like Richemon (maker of Cartier jewellery and Jaeger-LeCoutre watches), and Burberry, the British luxury clothing brand also reported fourth quarter sales increase around 20%. While this is reflective of increasing demand in the BRIC markets, it seems that sales in North American regions have also been increasing. This earnings trend is especially interesting as “mainstream retailers such as Target, Gap Inc., TJ Maxx, Dillard’s, J.C. Penney and Kohl’s saw small or declining growth in 2011.”

Based on stock performance after these earnings reports, it seems that 2011 earnings expectations were already built into share price. Companies that have beaten analyst expectation have risen, on average, 2.5% in the five days following reports. On the other hand, those that have not met expectations have fallen 3.1% on average.

Markets were sluggish this week, with few companies beating earnings expectations and all the worry about Greek debt. The Dow and S&P 500 both fell 0.5% last week. Friday had the most significant losses, across all industries.   In fact, every stock in the Dow moved down. That being said, for the year, the Dow is up 4.7% and the S&P is up 6.8%.

What to keep your eye on next week:

Keep your eye out for #fedvalentines. Economists, analysts and even state reserves are getting into the Valentine’s day spirit, posting one liners on twitter. Some of the best are:  “Like fiat money, our love is built on trust,” “I’m going to extraordinary measures to increase your stimulus,” and “My love is elastic, my commitment too big to fail.” The first one from economist Justin Wolfers, while the San Francisco Fed posted the latter two.