Stefano Sokolic is the backbone of the Dalhousie University Tigers baseball team.

As team president, Sokolic manages the financial aspects and grant funding for the team. He also coaches the Tigers–constantly deciding which line-up gives them the best chance to win–and he plays second base for them too.

“We probably wouldn’t have a team if he didn’t step up to do it,” said one of the team’s coaches, Corey Blenkhorn.

Sokolic was the team’s treasurer and a player last year. This year he took on coaching responsibilities too.

Blenkhorn said it was “a natural evolution” for Sokolic to be a coach. Blenkhorn said Sokolic has past coaching and umpiring experience, so he knows the game really well. The other coaches also have jobs and families so they couldn’t be around all the time and needed a coach who was available.

In a game against Saint Mary’s University, Dal had runners on first and second base with no outs and it was Sokolic’s turn up at the plate. Sokolic bunted the ball and took off for first. He didn’t come close at reaching first base before the ball, but the other two runners made it to second and third base. The play is called a sacrifice bunt; Sokolic and Blenkhorn discussed it before he went up to the plate.

Sokolic isn’t a loud coach; the Saint Mary’s coach was yelling directions and giving words of encouragement from the dugout. Sokolic is talkative, but in a one-on-one approach.

The role is a balancing act for Sokolic. He’s a player and a part of the team environment but he’s also a coach and sometimes needs to make unpopular line-up decisions.

He says he tries to deliver criticism constructively, but it took some time getting used to. He said he used to be uncomfortable making line-up changes on the field and would receive push back from the players. 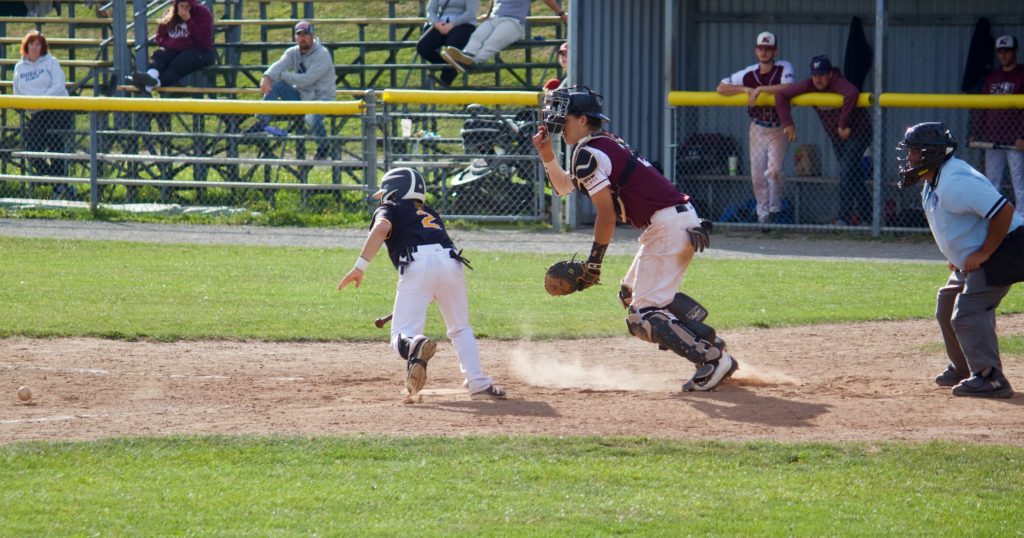 “That ended pretty quickly when they realized that it is easier to just say that then to be in that position and make the calls,” says Sokolic.

“It’s really hard,” he said. “I think it is important to be self-aware and have some opinions from other guys on my coaching staff but ultimately we need to put the best nine guys out there who are going to give us the best chance to win. If there is someone who is playing better then I and deserve to be playing, I put them in, and when I’m playing well, I deserve to be in. I think that is a fair way of doing it.”

Sometimes the role can be overwhelming for Sokolic.

He said he could be on base and not think about base running but on the line-up order. The Tigers have 25 players on the team, so if he gets overwhelmed he can put someone else in his spot and sit on the sidelines and coach.

He also gets a lot of support from the other three coaches and, when they’re all there, Sokolic can hand coaching decisions over to them and while he focuses on playing.

The player-coach role is not easy; Sokolic didn’t realize this when current coach Jake Boyle was a player-coach.

“I never really appreciated Jake as a player-coach when he was my predecessor, but it is a difficult role to undertake,” said Sokolic. “As a player-coach now, I have a higher level of respect for people who do it.”