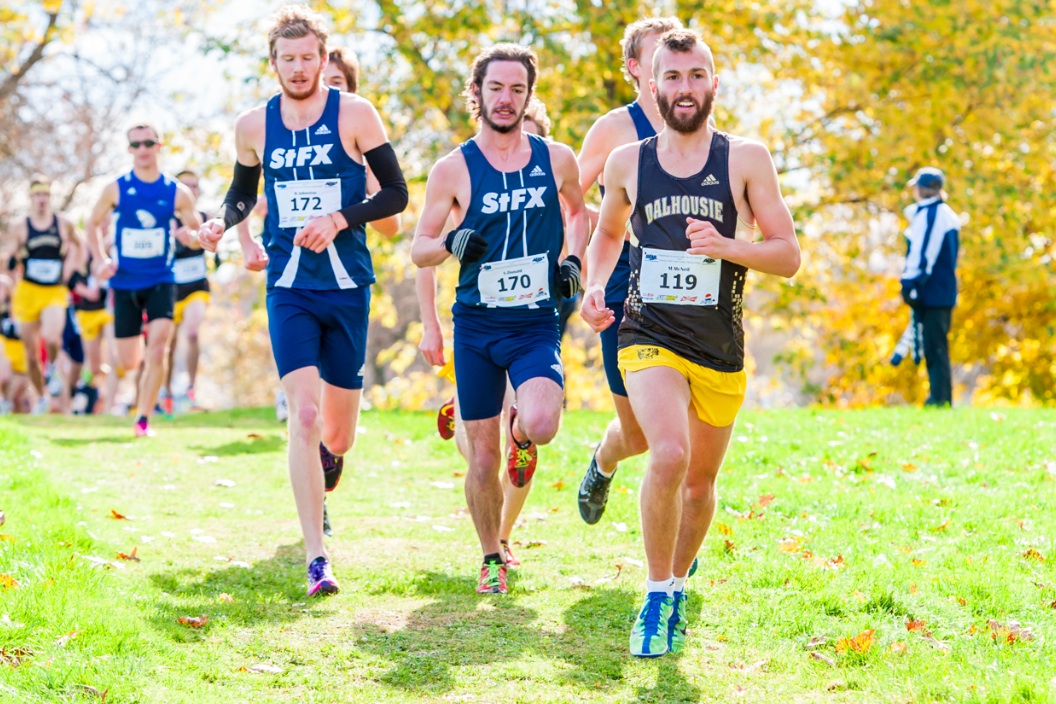 It’s what the Dalhousie men’s and women’s cross-country teams have been working for throughout the year. All the early morning practices, the vigorous training schedule and the competition during the regular season leads to one moment: the Atlantic University Sport (AUS) championships.

The Tigers pursued their moment at the Université de Moncton on Oct. 26. Richard Lehman, who is in his second year as head coach of both cross-country teams, says the process of preparing for a championship race is different than one during the regular season.

“Lots of people think it’s a sport where you just put one foot in front of the other,” says Lehman. “But there’s a lot more to it than that.”

Dal’s main competition entering Saturday was St. Francis Xavier University. Lehman, aware that the X-Men and X-Women beat the Tigers on multiple occasions this year, decided to proceed with this race differently. Instead of running at their own pace, he asked his athletes to race the first five kilometers pacing St. FX runners and to have them push through the final five.

This strategy paid dividends in the women’s race. The Tigers redeemed their second place finish in the AUS championships last year, winning the 6km race with five of seven athletes finishing in the top 10. Ellen Chappell lead the way for the Tigers, placing second overall with a time of 23 minutes and six seconds, followed closely by Natalie Sachrajda (23:14) and veteran Anna von Maltzahn (23:30).

Lehman says his coaching strategy for the women’s team remained the same as it would for a regular season race. 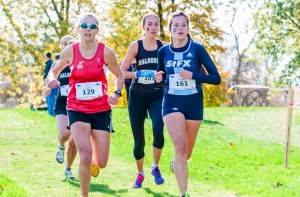 Ellen Chappell, middle, in pursuit of a title win (Photo by Chris Parent)

“They’ve basically proven throughout the year that they’re the class of the AUS,” says Lehman. “We didn’t back off the training because it was a championship race because we knew if they did what they should they would be fine.”

He says what he asked them to do and what they did was different.

“You can’t just hope for a miracle without putting yourself in that position,” says Lehman.

Entering the AUS championships, Lehman and the Tigers were focused on making Dal’s cross-country team the best in the Maritimes.

Now their priority is making it the best in Canada.

The women’s team now has to reset and prepare for the Canadian Interuniversity Sport (CIS) championships on Nov. 9 in London, Ont. The women enter the tournament ranked seventh in the CIS team standings.

The team has the potential to get three runners in the top 25, according to the determined coach.

Lehman promotes a relaxed and joyful environment on race day. He attributes this decision to the workload placed on the athletes prior to a big competition and the ratio of training races to competitive races.

While this atmosphere of calm will carry over to London, Lehman says his coaching strategy will change at the CIS championships. 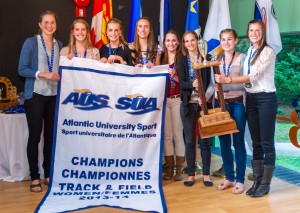 “We’re going to tell our top three, Ellen, Anna and Natalie to get right in the thick of things,” he says. “Then we need Brittany, Emily, Michelle and Vanessa to try to work together and work their way through the group.”

Lehman says he is approaching the men’s race differently.

“They’ll be told basically there’s nothing to lose,” he says. “No one’s going to ruin a team score by having a bad day so we’re going to send them out and tell them to enjoy the experience.”

Lehman hopes that the team’s success aids in changing the way people perceive cross-country and its complexity.

“It’s not an individual sport at all,” he says. “The best prepared team wins, and the team that executes their race plan the best wins.”