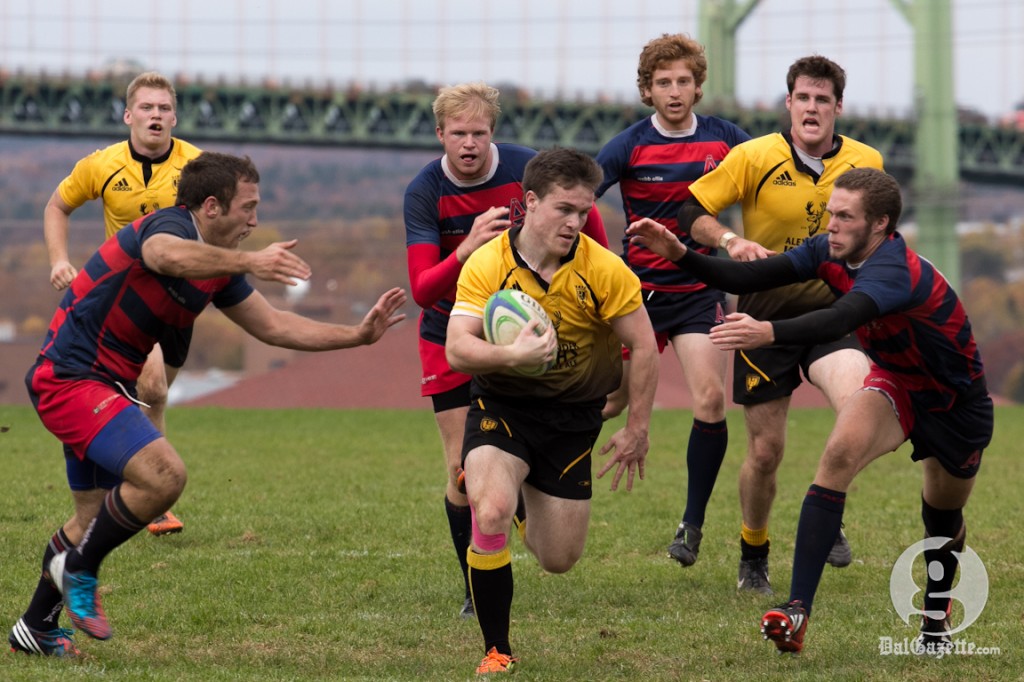 On a chilly Sunday afternoon at Merv Sullivan Park, Acadia sent Dalhousie rugby home empty-handed for the first time since 2006. The defending champions lost 43-38 in the Division I championship.

The five-time titleholders came up short Oct. 28 against a focused Acadia squad—resulting in Dal’s first defeat in the Nova Scotia University Rugby league in six seasons.

Dal opened the scoring with a try in the first five minutes of play, but Acadia responded right away. The visitors scored their first try shortly after, and had 43 points at the one-hour mark.

A seemingly deflated Dal side bounced back late in the game, scoring try after try in the final 10 minutes of play. The comeback wasn’t enough, however, and the final whistle sent Acadia home as champions.

“It’s a tough pill to swallow,” says the fifth-year fly half.

“We saw, basically, the best competition we’ve seen all year. So we came out flat-footed and took until the second half to come out strong. By the time we did, we were too far behind.”

Tyler Stafl is a fourth-year second row and president of the Dal men’s rugby club. Stafl hopes the team’s late comeback sent a message to those watching.

“We just didn’t want to go out on our backs,” he says. “We wanted to prove that we are one of the best teams in this league. Even though Acadia won, we did come back and prove to them that we weren’t going down lying down.

“We should’ve come out a little stronger,” he adds. “It was a hard-fought game for both teams, but they just wanted it more than us.”