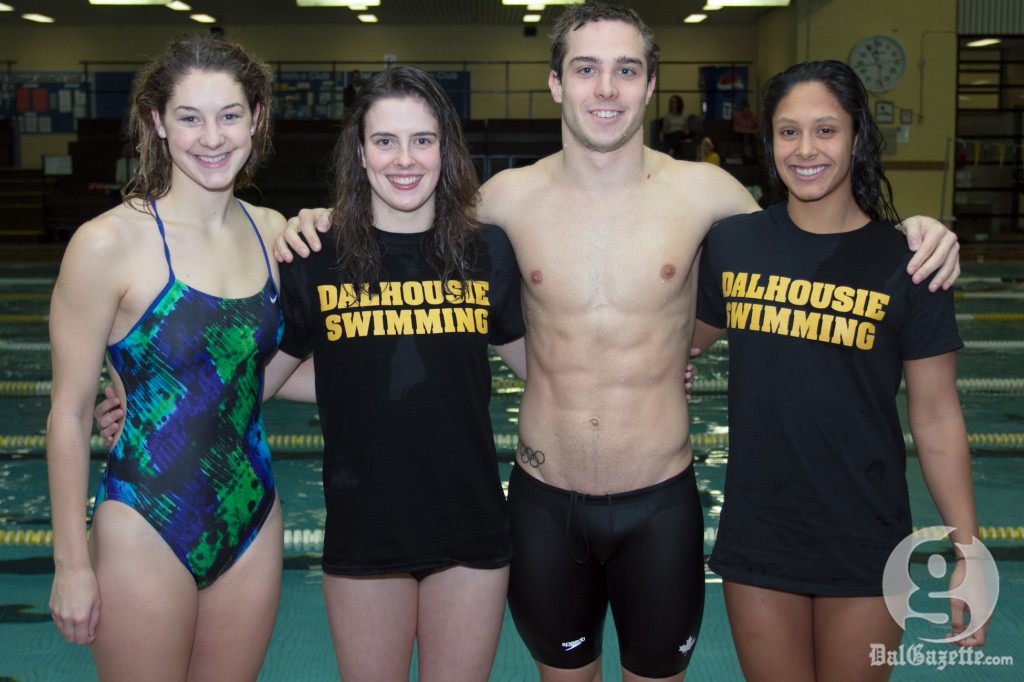 “We definitely outperformed what we were expecting to perform at this meet,” says team captain Joe Ur.

“Our goal for this meet was to set a good base and try and get a few CIS qualifiers in. We were not expecting to be going lifetime best times here at all.”

Twenty-four swimmers qualified for CIS nationals at the meet.

“Everyone seems to like him,” says Wedge. “He’s the exact opposite of David Fry. Lance is a bit more intense but it seems to be working out because everyone is swimming faster.”

“He’s a great coach. He knows what he wants and he wants excellence,” he says. “He’s really big on champion mentality and ensuring that all of us not only think we can win but know we can win.”

Former head coach David Fry, who continues to coach the team twice a week after stepping down from the helm this spring, says Cansdale is doing a great job.

“The program is in good hands,” says Fry.

“My style is understanding what it means to be a champion,” says Cansdale. “If this weekend was any indication of that I think we’re definitely on the right path.”

“He’s really been driving our team. You need to have the leadership from the top,” says Moran. “Having Lance really motivate and push us is a pretty good thing to have.”

Moving forward, both the men’s and women’s teams have high hopes for nationals. Moran and Ur both believe their team will be a force.

“We’re going to shape up quite nicely in time for CI’s [nationals],” says Moran.

Without hesitation, both Webster and Mills say the women’s team wants to be in the top five in the country. Last year the team placed seventh at nationals.

“The team is looking really, really good,” says Wedge. “I think we will place a lot better at CI’s then we did last year.”