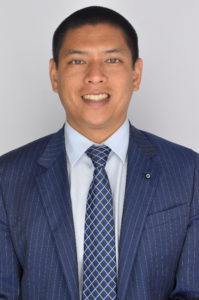 Being a successful athlete is more than just being physically talented. That’s why the Dalhousie Tigers women’s volleyball team has a mental skills coach to help give them an edge.

“There’s lots of parts to being successful,” says Head Coach Rick Scott. “But another side is the mental side, to give yourself the confidence and the mental toughness. When things don’t go well, how do you address them?”

Recently, things have been going well for the team. They’ve won all of their games this season as of the time of writing and haven’t lost a league game since Nov. 19, 2017. With six consecutive AUS championships, they’re ranked third in the country and are the most successful team at Dal.

Even so, “volleyball has so many ups and downs,” says Scott. Within games, points are traded regularly, sets are won and lost, and momentum shifts.

That’s where Andrew Ling comes in. He’s a mental performance consultant, meaning he helps athletes to be mentally focused and prepared to play at their best. Ling joined the women’s volleyball program in 2013. He has also worked with the men’s volleyball team at Dal since 2012. He runs Lingo Performance Consulting, founded in 2011, mainly focusing on athletes in volleyball, tennis, and hockey.

“The way that I really like to kind of analyze a sport or to decipher what things you can work on is usually the time that they’re not playing,” Ling says. “In volleyball when the point is happening everyone is kind of active, everyone is moving, everyone’s potentially talking, but what happens when that play is done?”

In that time between points, the game is mental. How a team reacts to what happened can be the difference in an otherwise even matchup, says Ling.

He meets with the women’s volleyball team two or three times a year, usually in the last half of the season, to go over skills and strategies to deal with the mental side of the game. This can range from dealing with pressure, anxiety, and expectations, to coping with outside factors in competitions like bad calls or crowd atmospheres.

“All these things are no longer related to the physical part of the sport. It all has to do with the mental part,” Ling says.

“In the fifth set, in the playoffs—you start ramping up the level of importance—are you still performing at that level,” adds Ling.

The Tigers dealt with that last year when they had to play the fifth set against Acadia University in the AUS championship game. The winner of the set would win the championship, and Dal beat Acadia by a score of 15-6.

Another important factor is maintaining a winning culture on the team.

“I am a part of a team,” says Ling. “Rick does an amazing job on how clear the goals are and realize what it means to sustain that type of culture.”

Scott agrees, saying that the coaching staff who are with the team every day need to bring a lot of mental training and “set the tone for being disciplined, being focused, handling adversity and staying positive.”

Bringing in a supplementary voice a few times a year, however, “can be really refreshing” to bring in new ideas or reinforce things the coaching staff say.

Giving players a mental edge is one piece to the women’s volleyball’s winning puzzle. Scott says, working with Ling has “definitely made us better.”