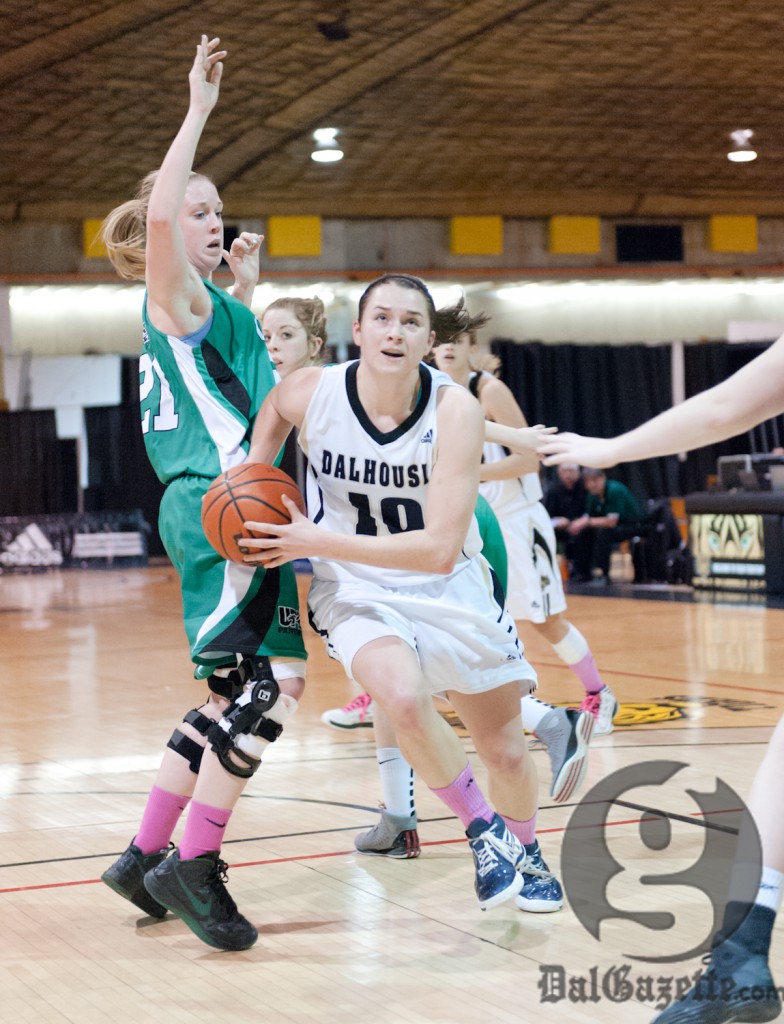 Tessa Stammberger drives to the basket in Dal’s 74-66 defeat vs. the last-place UPEI. (Chris Parent photo)

Unexpected heartbreak is the best way to describe this past weekend for the Dalhousie women’s basketball team.

After falling at the hands of the last place UPEI Panthers on Jan. 25, the Tigers lost a game that stayed competitive until the very last seconds against the Cape Breton Capers. Dal led for the majority of the contest, but was unable to sustain their edge in the fourth quarter, dropping the match 78-76.

Dal lost their lead with 33.4 seconds remaining after a CBU rally in the final minutes. The home crowd was buzzing as Dal’s Tessa Stammberger attempted a three-pointer but missed, sealing the Tigers’ fate.

Dal’s Keisha Brown had one of her best games of the season, scoring an impressive 29 points and leading the Tigers with 37 minutes on the floor. Brown thinks her team’s downfall  was avoidable.

“I think that our communication needs to be at 100 per cent every game,” she says. “We need to move more and be pulling each other up when we’re down.”

Coach Stammberger says Brown’s play is rubbing off on her teammates.

“I don’t think we could use her more. She’s playing hard but it still falls back on our defence,” she says.

The two home defeats bump the 8-5 Tigers down two spots to fourth place. The shuffle pushes Dal behind Acadia and St. Francis Xavier in the AUS standings.

With the season drawing to an end, Stammberger says the Tigers need to put this weekend behind them to prepare for upcoming contests against UNB and the first-place Huskies.

“We’re not afraid of them,” she says. “The league is tight and we know any team can win on any given day.”