Tigers’ fifth best in the country 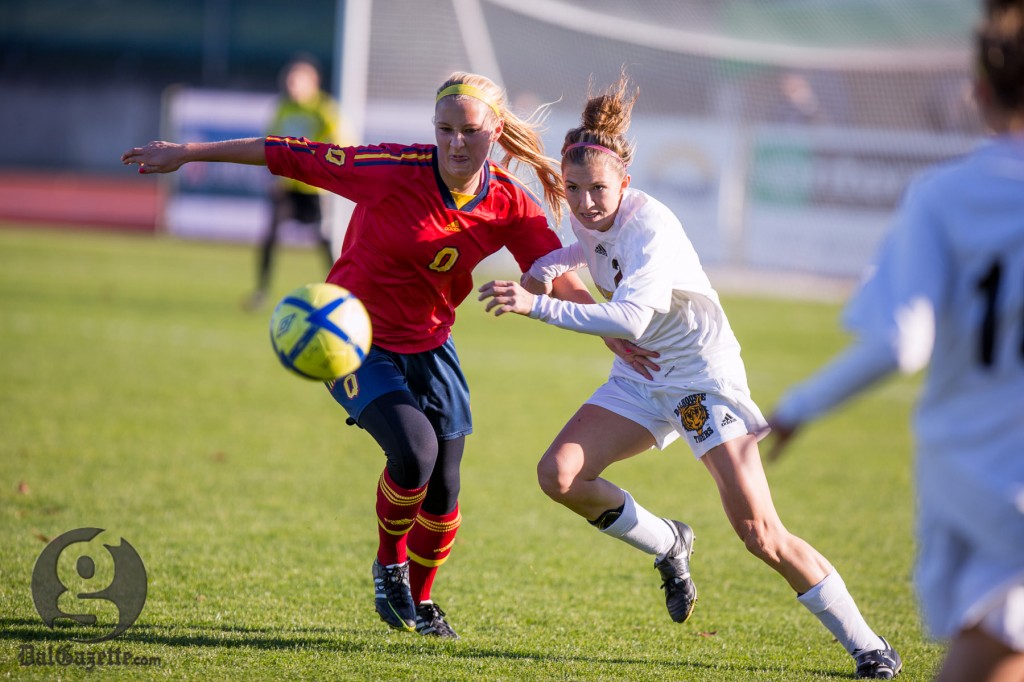 The Queen’s Gaels had the upper hand in the quarter-final. (Photo from Armando Tura via Neatpicture.com)

Jack Hutchison and his soccer team flew out to Victoria, B.C. for nationals this month, fresh on the heels of a confident win in the AUS championship, winning back-to-back titles for the first time since 2001.

However, confidence wasn’t enough as the Dalhousie Tigers failed to take their chances against a strong Queen’s Gaels team, losing 2-0 in a tightly contested quarter-final matchup Nov. 8. Dal would bounce back, however, prevailing in the consolation bracket to claim fifth place.

In their tournament opener, Gaels keeper Madison Tyrell kept her team in it early, with Dal’s Lauren Landry forcing her to make two big saves early on.

The Tigers were unable to keep the nil-nil deadlock, though, with Alexis McKinty of the Gaels scoring on a neat run from midfield and Riley Filion sealing the win in the 79th minute to tap home the 2-0 goal.

Despite a strong performance, the Tigers could not claw back a goal against the reigning two-time CIS champions as Dal’s usually strong offensive game was unable to click.

It was a strong effort from the Tigers, playing in their third game in three days and, overall, their fifth in eight days.

Bianca Jakisa had the game’s lone goal in the 74th minute, slotting home a ball from Elise Bilodeau past keeper Elena Waldispuehl from the top of the 18-yard box.

The fifth-place finish for the Tigers builds on last year’s knockout in the consolation semi-final, giving the core of the team valuable experience heading into the 2013 AUS season.

The Trinity Western Spartans went on to clinch the CIS title on Nov. 11, beating Queen’s on penalty kicks to deny the Gaels a historic three-peat.

The Tigers are set to lose national all-stars Rieka Santilli and Emma Landry to graduation this year, as well as Beth O’Rielly, Stephanie Crewe and Taryn McKenna.