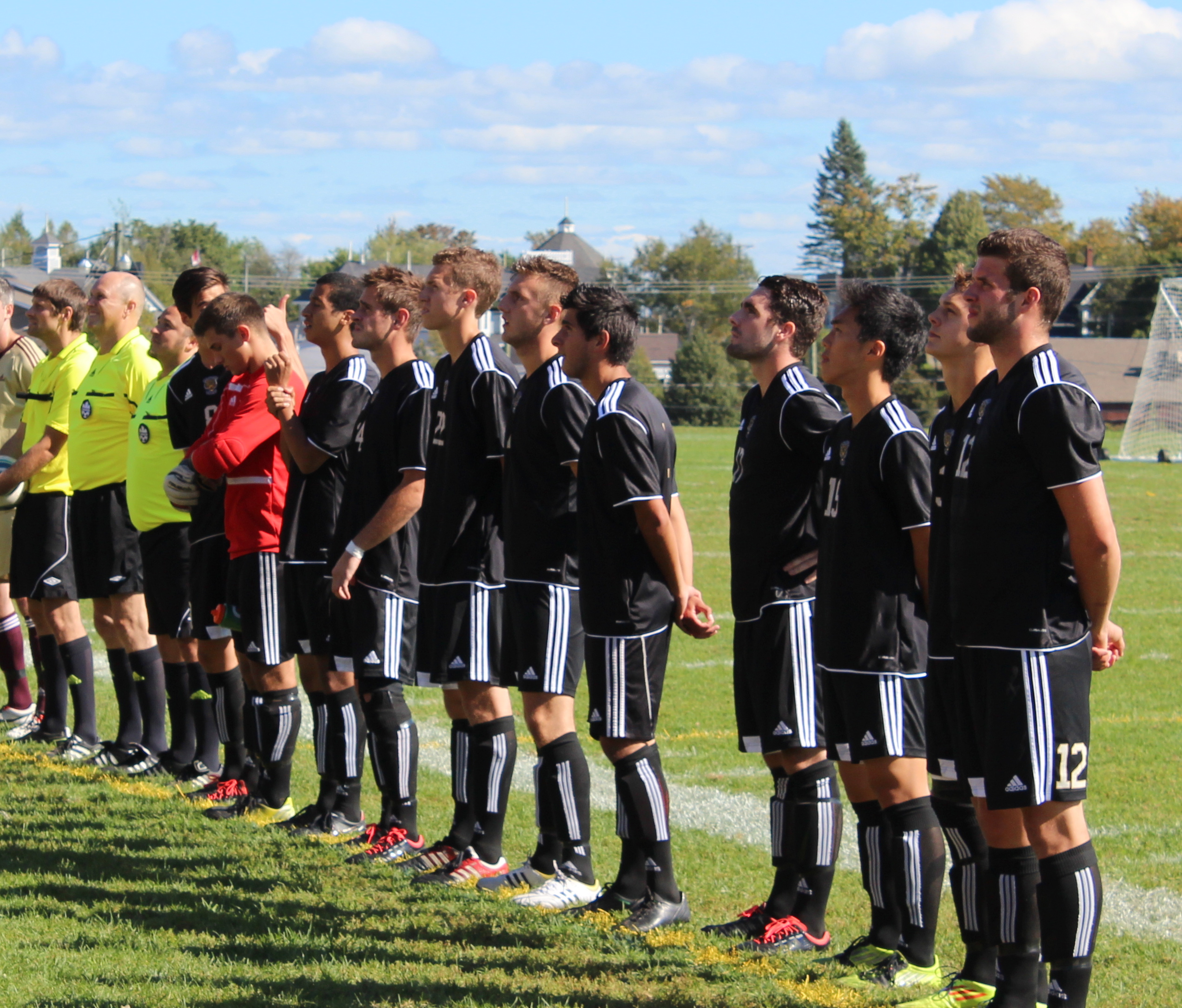 Team road trips are something all varsity athletes experience in their time as Dalhousie Tigers. The mood of the trip often depends on the result of the game. Some trips are good, and some turn sour.

For the men’s and women’s soccer teams’ road trip to Mount Allison University on September 15, it was nothing but smiles from both sides.

However, the day didn’t begin the way the athletes and coaching staff intended.

“Hey John, can you run to Dalplex and get the bus?” men’s head coach Pat Nearing asks rookie defender John McPartland. The question draws snickers from his teammates. 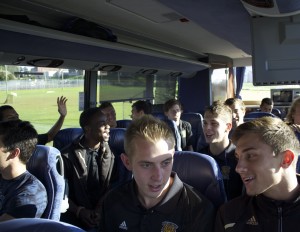 “Shut up guys,” McPartland chuckles. He gets up and with a light jog runs from Wickwire to the Dalplex.

The bus arrives shortly after McPartland returns. The looming odour from the Royal Flush portable toilets used for the previous night’s Dal Fest emanates across the quad and over to the Wickwire parking lot. The athletes board the bus with their noses plugged and pained looks on their faces.

A previously intended 8:30 departure time has been delayed to 9:00, but nonetheless, off they go.

Weekend gossip and jovial stories fill the bus. There is plenty of interaction amongst teammates, but little crossover between the men and the women.

The chatter dies as the Ambassatours bus hits the freeway. One by one, players either open up a textbook or fall asleep listening to music.

Muffins, granola bars, yogurt and bananas are later handed out across the length of the bus, and they come in large quantities. The players are fueled and prepared for the task ahead.

The women, still riding high from their impressive 5-0 victory over the Saint Mary’s Huskies the day before, have an aura of confidence surrounding them. It’s clear they feel they can walk away with six points by the end of the weekend. The men, however, know they have work ahead of them. After losing 2-0 to the Huskies the previous day, they know the pressure’s on to perform.

The women part ways with the men upon arriving in Sackville. The ladies head to the locker room while the men take a trip to Subway.

The women are up first. After a slow first half, Kristy McGregor-Bales nets one for the Tigers off a corner kick with twenty minutes remaining. The lone goal ended up being the game winner, and the Tigers walked away with a 1-0 victory.

The stakes are now even higher for the men’s team, who proceed to handle the pressure with considerable aplomb.

Within the first three minutes of the game, Nathan Rogers scores for the Tigers off a penalty shot following a Mounties hand ball in the box. William Wright adds to the lead shortly after, heading the ball into the empty cage. The Mounties score to pull within one, but that was as close as they would get.

Throughout the men’s match, women’s head coach Jack Hutchinson watches intently while his players sit alongside and talk about their week. When an opportunity for the men’s team arises, the women drop their conversation and turn their eyes to the pitch, cheering on their fellow Tigers. 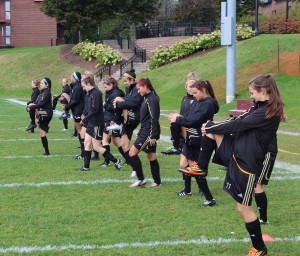 After the Tigers’ second win of the day, the athletes and coaches head to the bus and prepare for a team dinner at Pizza Delight. The driver fires up the bus and takes off once everyone is seated.

“Where’s Larry?” screams a Tiger from the back.

“We forgot Larry!” shouts another.

Squeak. The bus comes to a halt. Larry gets on. Now they’re ready to go eat.

The day ends in direct opposition of how it began. What started with a demure drive intended for sleep and studying ends with a ride of singing, music playing through speakers and a friendly game of Cards Against Humanity.

The chemistry within each team is clearly evident. What’s even more promising is that it’s only the second week of the season.

Suddenly the road ahead seems smoother for both teams.