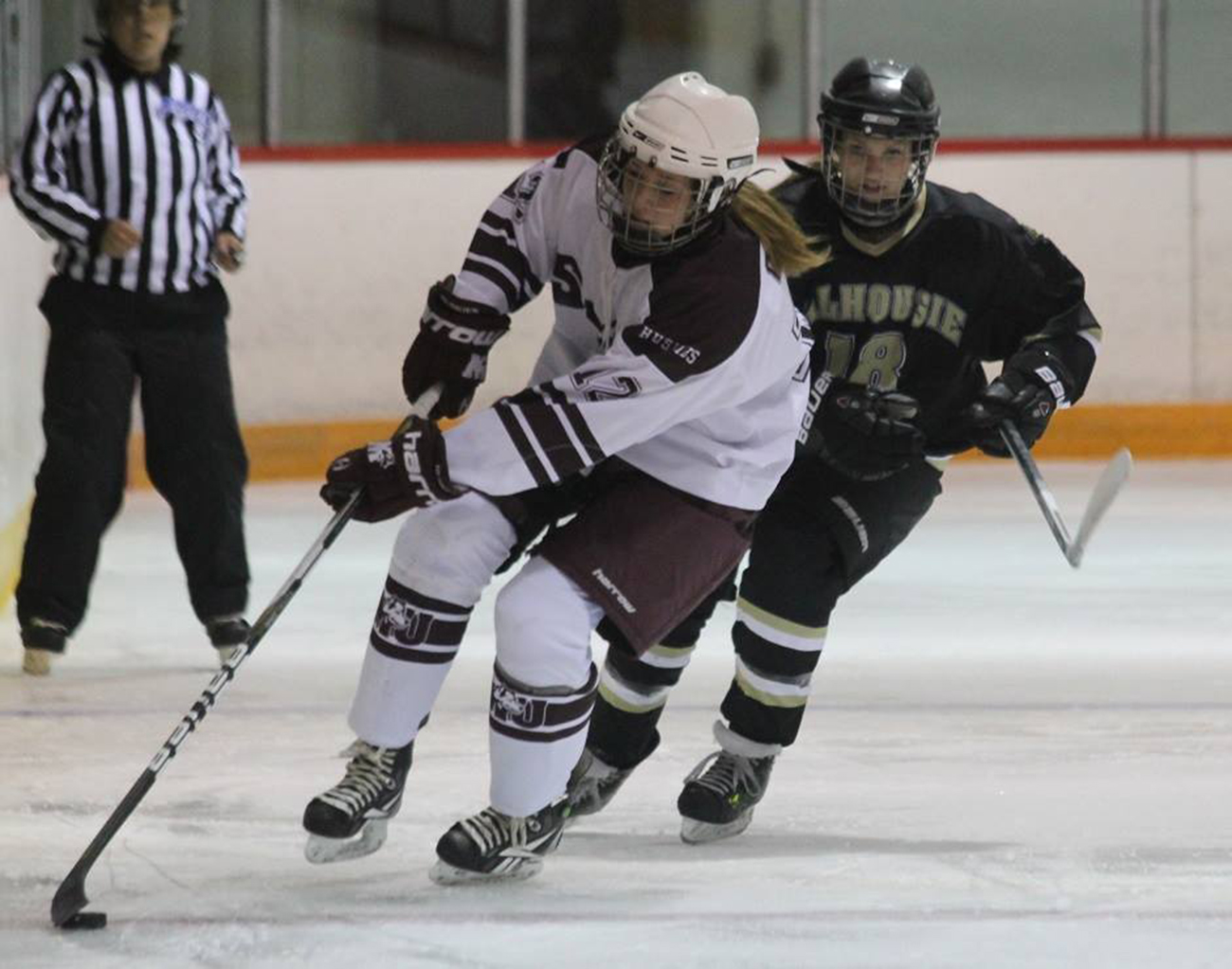 A new era for Tigers women’s hockey began this weekend, as a Dalhousie team carrying 15 rookies kicked off its 2013-14 campaign with mixed results.

The youthful Tigers appeared overmatched in their 7-0 road-trip loss to St. FX on Oct. 18, but bounced back the next night to capture a hard-fought 1-0 victory over St. Thomas University in the team’s first home game since it was suspended last year due to hazing allegations.

“We’re young, we’re going to make mistakes,” says head coach Sean Fraser. “As long as we continue to work hard and get better every day, we’ll be alright.”

“We have to prepare mentally more so we’re ready for teams like that,” admits rookie Tigers forward Lisa MacLean. “X is a really good team… so you have to come prepared when you’re playing them.”

The Tigers certainly seemed prepared for Saturday night’s contest against St. Thomas at SMU’s Alumni Arena. The team came out flying, creating a flurry of offensive chances in a wide-open first period.

“We did a good job,” Fraser says of the second game. “Our effort was better, we forechecked hard, we took care of our own end.”

However, the game was not without its tense moments. After MacLean put her team ahead twelve minutes into the second period, St. Thomas regained the momentum thanks to a string of Tigers penalties. The march to the box continued in the third period, forcing Barrett to make some crucial last-minute saves.

Fraser notes that “most of the penalties were hard-working penalties,” though he would prefer to see his young team maintain its discipline. “Obviously,” he intones, “we don’t want to take penalties.”

Though this Tigers team remains a work in progress, MacLean sees reason for optimism. “We had tough luck [in the pre-season],” she says, “but since we’ve been spending more time together, practicing, we’re jelling and you can tell.”