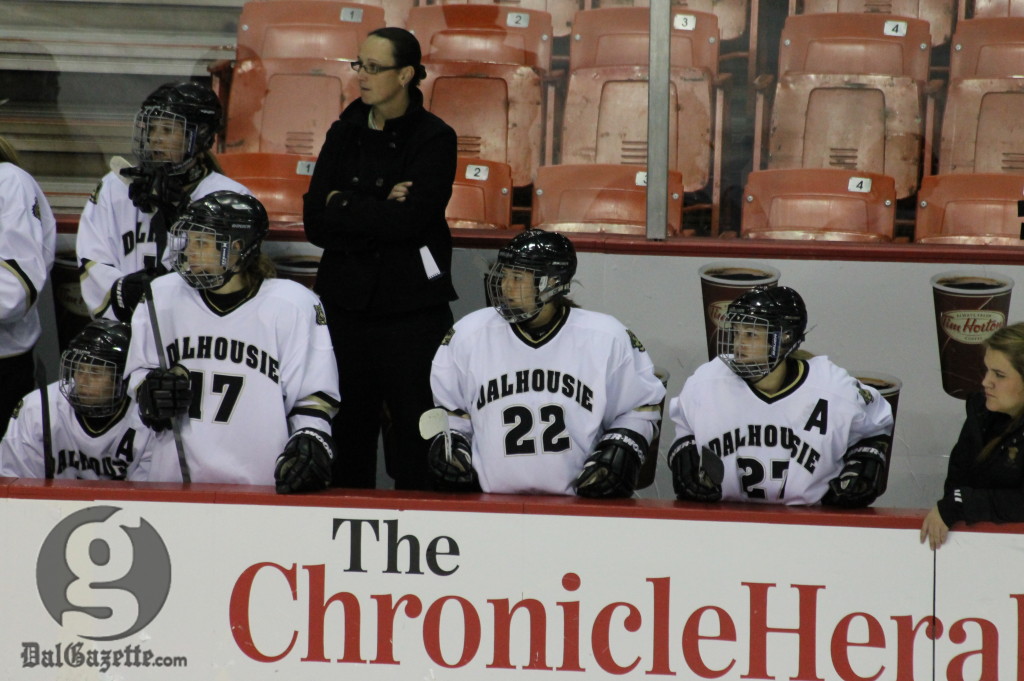 Update – Jan. 16 at 10 a.m.: The team’s appeal has failed. Dal president Tom Traves confirmed to the media that he stands by his decision to suspend all non-rookies.

Dalhousie president Tom Traves met with the varsity women’s hockey team Jan. 14 as team members continued to seek a reprieve from their season-ending suspension for a hazing incident.

Dal spokesperson Charles Crosby said that nothing new was brought up and that while both sides had the opportunity to ask questions, he does not expect the president to revoke his decision to suspend 17 of the 22 players.

The president also provided the team with a written response to their statement and letter. He will consider the team’s request and respond in the coming days.

Last Friday, Crosby addressed the suggestion that the university has taken their controversial stance to suspend the team to save money.

Crosby strongly refuted the claims, stating the school knew about the AUS fines for forfeiting, which is $2,000 per game.

“I think this does give some context to the suggestion that this is some kind of enormous savings. This was never about that,” said Crosby.

According to AUS executive director Phil Currie, the fines were put in place a number of years ago to discourage teams from forfeiting matches in order to play exhibition games in which they were paid to play.

The university has not reported what happened at the rookie party due to privacy concerns, but players included in their statement that the suspensions “far exceed the severity of the events that occurred at the party.”

If Traves’ rejects the team’s appeal, it appears as if the women are prepared for a legal challenge. Parents of the women’s hockey team opened a legal fund this past weekend.