Dalhousie University’s women’s swim team continues to dominate. Winning every meet they’ve been in this season by significant margins, they’re poised to improve on last year’s ninth-place finish at nationals.

“Looking at a much more motivated and stronger training team this year, we’re going to be doing a lot better at U Sports,” says fourth-year Lise Cinq-Mars.

Most recently, at the Kemp-Fry Invitational, the women out-swam the higher-ranked McGill University team. Several Dal swimmers qualified for nationals in a slew of events. 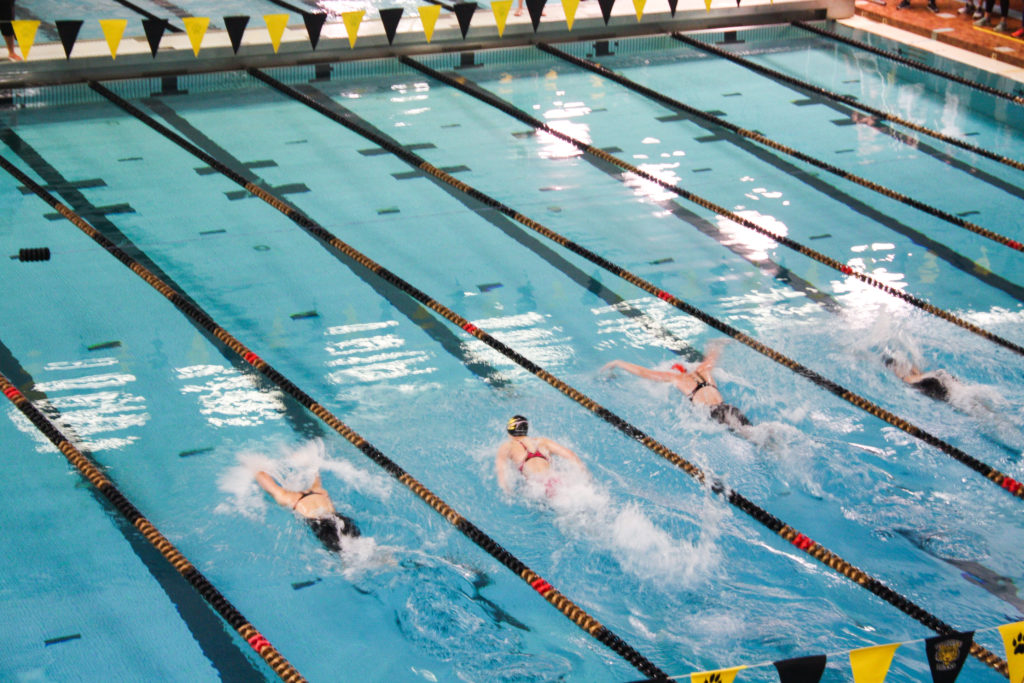 They’re now ranked eighth in the country for the week of Nov.13-20.

Last year, the women’s team won the AUS conference championship for the 17th year in a row. They also swam to a ninth place finish at nationals with five swimmers.

They’re on pace to do better this season.

They have a good core group: four of the five U Sports qualifiers from last year returned this year. That includes AUS Swimmer of the Year Lise Cinq-Mars and second-year freestyle specialist Isabel Sarty, who was the top-scoring AUS swimmer at the U Sports championships last year.

With all their returning swimmers, half of the team is third year or older.

“We have some really good leadership,” says Cinq-Mars.

That leadership is important, she says, to show younger swimmers what university competition is like. There are five rookies on the team.

“Having new energy on the team, it always brings something new to the table,” says co-captain Claire Yurkovich. “Within kind of any rookie group, they always bring a lot of energy.”

That rookie group is already contributing to the team’s success. First-year Reagan Crowell has qualified for U Sports as part of the 400m and 800m freestyle relays.

Also on the team this year is Olivia Feschuk, who is in her final year after competing with Mount Allison University for four years. She’s qualified for nationals in the 50m butterfly and 200m IM.

“It’s really important to just kind of remind everyone that this isn’t the end goal,” says Yurkovich. “We’re trying to make it to the end of February [and] keep pushing forward.”

They’re hoping to have more people qualify for U Sports. Right now they have five— Cinq-Mars, Yurkovich, Sarty, Feschuk, and Crowell—which is a good point to be at for this point in the season.

They still have several opportunities to get more qualifiers. The team races again in January at the Dalhousie Invitational meet, and then at AUS Championships in February, hosted by Dal, before the swimmers who have qualified for nationals head off to the U Sports Championships at the University of British Columbia.

Before then, they’ll head to Florida for training camp over the winter break.

“Training over Christmas, usually that’s a really good push for us,” says Yurkovich. “There’s a couple girls especially in first and second year that could [qualify]. It’ll be really good for them to have a bit more training.”

If they keep up the momentum from their first half of the season, the Tigers women’s swim team seems poised to improve from last year.