Reflecting on lessons learned from a lifetime of educating young minds 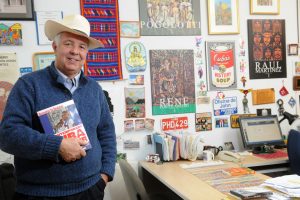 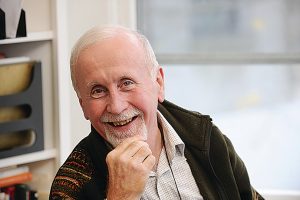 In 1863, Dalhousie University had six professors; today Dalhousie has 999 fulltime and part-time professors on staff. 90 per cent of current faculty members have their PhD, and dozens are award winners.

Few have achieved the feats of professors John Kirk from the department of Spanish and Latin American Studies, and Lars Osberg of the Economics department. 2018 marks 40 years of teaching at Dalhousie for the pair.

Kirk arrived at Dalhousie in 1978 on a one-year nonrenewable contract.

Kirk and Osberg joined Dal’s faculty due to a love of academia, and a love for Canadian cities.

“I really liked Nova Scotia,” said Osberg. “It’s a great place to live, and for a long while Dalhousie was a very sort of decentralized place and had lots of opportunities for following your own inclinations in research and teaching.”

After a stint in the United States, Kirk was happy to return to his wife’s home country and start teaching at Dalhousie, following in the footsteps of his mentors from when he was a student.

Over the years, Kirk and Osberg have witnessed dozens of changes on campus. Including a switch to a more student-oriented campus.

“The Dalhousie campus is now much more student oriented, and much nicer for students than it used to be,” said Osberg. “If you think for example the atrium in the Killam Library, which is now a great place to get coffee and hang out, it used to be a cold, windswept, concrete courtyard. For years, and years – if you look at all the chairs and benches and stuff to sit around campus […] they only appeared in the late 1980s. Before that, there was hardly even a place to sit down.”

Kirk highlighted three other important changes: the growth of Dal campus, the new pressures placed on students, and a new top-heavy administration.

“I think that the university has become more of a profit center in many ways,” said Kirk. “I think it has lost the joy of education for educations sake. I think students unfortunately because they have such high tuition and because they have so much pressure upon themselves and the switch to seeing a degree as a means of getting a job as opposed to the idea of coming to university to get an education, that has changed in the 40 years that I have been teaching.”

Osberg seconded that opinion, “Dalhousie has become a much more bureaucratic place over the years, much more sort of top-down in administration, and that’s kind of one of the downsides of time.”

The amount of students, and the diversity of students has also changed over the years. Both professors noted that Dal was once a very ‘Nova Scotian’ university, attracting mostly local students.

When asked about diversity, Kirk didn’t feel the university has changed enough.

“Not as much as it should’ve done,” he said. “In terms of racial diversity, cultural diversity, it is still very much a white-bred university. I think Dalhousie has tried to appeal to different racial groups. I think its acceptance of the First Nations and Indigenous, Black Nova Scotian’s, it does a really good job – but unfortunately I think the university is much too much a white-bred place. A place of privilege.”

Changing times have also led to changes in teaching methods – primarily when it comes to new advancements in technology.

With new ways to search and learn information, Kirk has noticed a change in how the same information from 40 years ago is taught. He’s now introducing more technology into assignments and in the classroom, such as PowerPoints and research assignments using websites.

“I think using technology, using PowerPoint’s, using the Web for research assignments, obviously that didn’t exist 40 years ago,” said Kirk. “So using technology is something that I do, but not for technology sake. But I think it can be a great asset to reach students that are far more technology clued in then I am. In terms of the basic dialogue, and throwing questions out, I think that that’s remained the same

“First year, the textbook says it all, right?” said Osberg. “Second year, there’s a textbook and then there’s a whole bunch of readings and you have to piece it together. By third and fourth year, it’s all readings, and so you have to be weaned from the idea that there’s one authoritative text, which knows it all. You have to think for yourself.”

At the end of the day, it’s all about the students for both professors. They credited students for maintaining their passion for teaching over the last 40 years.

“In general, I really like teaching because there are always in any particular class at Dalhousie some really outstanding students, who could be anywhere in the world at the very, very, very best institutions,” said Osberg. “They kind of keep you on your toes, and you are meeting a whole bunch of basically pretty nice and really interesting people, at an interesting phase of their life. So it’s fun teaching.”

Kirk shared a similar opinion. “What is really pleasant is to meet students the first few weeks and to get a sense of their interest and their knowledge and to try to impart some kind of enthusiasm for something, which am I still very enthusiastic about.”

After 40 years Kirk still finds himself waking up at 5 a.m to practice his lessons. He still gets a little nervous before every class, and is always trying to come up with new ways to challenge his students.

“I love going into a class and trying to get students to think outside the box, to develop critical thinking, to develop a way in which to devise assignments and to throw out questions that will get them to think in a way that they haven’t before,” said Kirk.

As for Osberg, he began his classes with a simple statement.

“For years I used to go into class and say, ‘my job is to turn you all into intellectuals,’” said Osberg.

Professors Kirk and Osberg both highlighted the importance of critical thinking and reading as the key to a successful student experience.

They want students who are opinionated, who don’t accept things as they are taught to them, but challenge ideas and concepts taught in class.

“Take something that you’re interested in,” said Kirk. “Don’t take something because you think it will lead to a job. Increasingly, employers will hire students who can express their ideas well, who can think critically, who can do research, who can argue convincingly, regardless of the discipline.”

Osberg will begin teaching part-time in January of 2019.

“Why keep working? Because I enjoy teaching and research – fascinating, fun and rewarding,” Osberg replied in an email.

When asked if he would continue teaching, Kirk had two words, “Cómo no?” The Spanish saying for “how could I not?”

“I’m just sort of idealistic about my profession as I was when I first started,” said Kirk. “It’s a great job and I’m privileged, fortunate. I enjoy it, invigorated by it, look forward to exchanging ideas with students. If I were to win 10 million dollars I wouldn’t change anything.”