Could you fight crime in this? 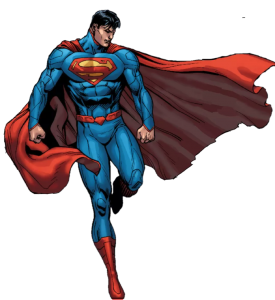 Superman’s costume is iconic. Easily recognizable. Hundreds of kids around the world throw on the ol’ blue and red for Halloween every single year no fail. The real Superman staple is that rippling bod, most Superman costumes include some sort of very fake macho biceps tacked underneath thin blue material.  This costume gives a lot of leg-room for moving around, fighting monsters and stuff – it basically mimics those neon latex leotards workout girls wore in the early 80s.

(Okay — maybe I just want to take a Jazzercise class with Clark Kent. Is any of this so wrong?)

Could he fight crime in this costume?

I give him four capes out of five. 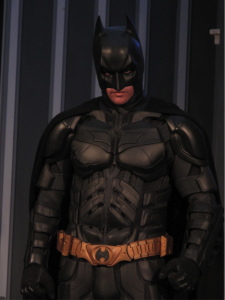 Money can buy you a super suit

Another iconic look, Batman totally brings it (please don’t ask me what ‘it’ is.) My guess is this costume is made out of 350 kinds of deluxe, breathable, fortified, made-in-a-lab fabric; it is surprisingly easy to replicate with a bit of black polyblend and a black bat emblem. The piece that would set you back the most would either be the mask or the cape – both of which are necessary to complete the look. The utility belt might be important too, if only to carry ammo or whatever he’s got on him. There are no pockets and his calf-length boots seem to be fitted skin-tight to his legs, so if he’s got a knife strapped down there I’d be very impressed.

A friend who is “into” superheroes and stuff, says Batman just “whips weapons out – like, he pulls out a grenade and it’s like, BOOM!, and he doesn’t have actual powers but is rich and owns a lot of gadgets. And he’s a cool guy.”

So there you have it.

Could he fight in this? Gonna circle ‘yes.’ 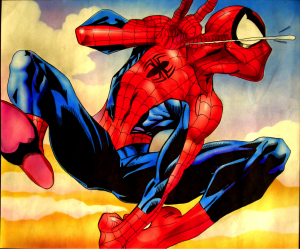 This is just another onesie so I’m going to talk about his personality. I feel like most kids want to be Peter Parker on Halloween because he’s a nice guy with a relatable outlook, and not because they’re into the whole black-on-red web pattern.

The guy’s awkward and arguably one of the dorkiest heroes in the multiverse but also fights crime, “… like a boss. Don’t write that, though,” says my ultra-reliable source of information on all stuff hero-related. “It’s true though, he’s like, a total geek.”

Could he fight crime in this? 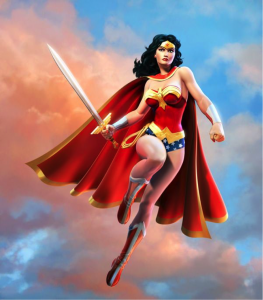 Girl in the boys‘ club

Wearing actual armor, Wonder Woman is portrayed in a shiny breastplate and cape to match. We see a lot of red and blue, but also green and gold with matching star patterns. Her tiara is useful in that it keeps her hair out of her eyes and acts as a makeshift throwing weapon. In my expert opinion, Wonder Woman is the most stylish superhero yet, and is also amazing at her job.

She’s able to move around in her suit fairly protected — although her arms and legs may not fare well in colder climates. I’m sure she’s thought of that, though. She thinks of everything. I feel safer just looking at this costume.

Could she fight in this? Three hell-yeah’s out of four. 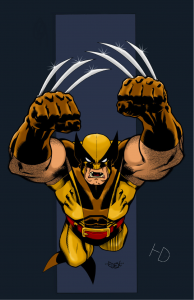 Wolverine’s all trussed up in neon yellow, which may make him easier to spot. The sharp metallic claws are a convincing deterrent to keep the bad guys at a distance. The silhouette of is mask is especially interesting because it’s a half-mask — giving him lots of room to snarl at his enemies while still maintaining the coverage he needs. It’s an effective design. The claws fused to his knuckles, though – they must be pretty heavy. He’s fairly ripped and seems to hold them up with no problems, so I’m sure he could take out a bad guy or ten.

Could he fight in this?

What have we learned today? All forms of fighting can be done in practically any outfit.

I’m currently fighting the urge to spend my entire weekend in a bathrobe watching Netflix comedy specials that I have already watched instead of see people I know. I may not be a superhero from a comic book or movie franchise, but for this, I do consider myself an everyday hero. One of the quiet heroes. Hey, we’ve all got our battles. I do mine in my bathrobe.