Getting Real on Stopping Alton Gas

Remember Kinder Morgan? Standing Rock? These are fossil fuel projects implemented by governments with little regard for community interests and treaties these projects impact. Nova Scotia has its own energy project with the same issues.

The Alton Natural Gas Storage project has been in the works for almost a decade, yet a lack of consultation has left community members to fight for land and water protection against the AltaGas corporation and provincial government. 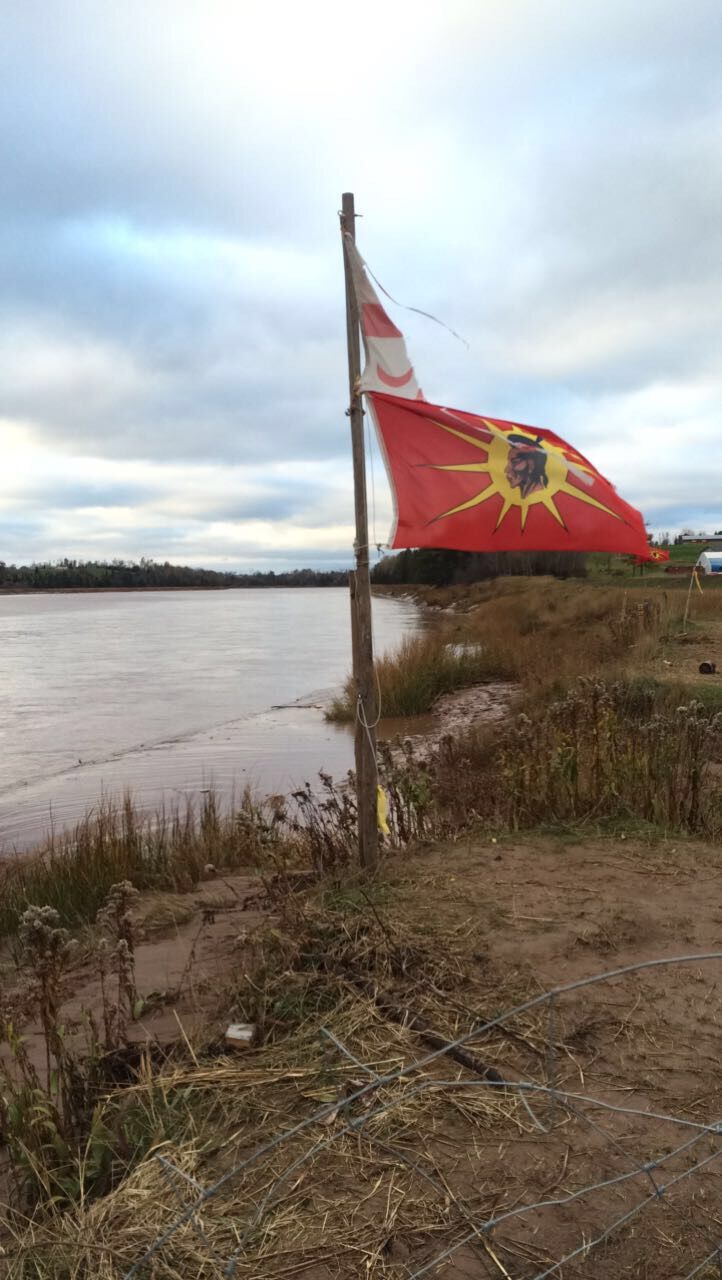 The project aims to store natural gas in caverns under the Shubenacadie River, to supply Nova Scotia with a natural gas energy source. Up until three years ago, local community members were unaware of this plan. Upon discovering the intentions of AltaGas, water protectors of Sipekne’katik First Nation experienced that familiar frustration of being disregarded – collectively they pursued the corporation.

Further inspection had experts suggesting the environmental assessment failed to effectively gauge the impact the project could have on the fish species, local drinking water, and human health.

Sipekne’katik War Chief, Jim Maloney, put this into perspective at the Stop Alton Gas Town Hall in Halifax on 27 March 2017.

“We only need to talk about 30 seconds for anyone to believe that they can put caverns of gas storage under the ground, pump all that salt into the water, and all would be good,” he laughs. “Who would believe that?”

Two of the four existing caverns have already been cancelled, emphasizing the point that the river is not suitable for natural gas storage. Not only are the caverns of concerns, so is the actual pipeline bringing natural gas to the storage site.

So, why is there so much opposition to pipelines? On the surface, these issues are major environmental and health concerns in terms of chemicals leakage into the air and into drinking water. A deeper look into these issues reveal the systematic racism occurring within these projects. Governments and corporations continuously ignore Indigenous rights for the sake of promoting the fossil fuel industry. These are acts of racism that have been perpetually imposed on Indigenous communities over the past centuries.

Maloney expressed his deserved frustration, “Even when our treaty rights are held up, we are still being challenged today.”

“The provincial and federal government, institutions, and churches – they need a ladder to come down to our level before there can be reconciliation. They are using the sale of our lands, our minerals, our logs, our water to fight us in court.”
Right on cue is the age-old question of sovereignty: Whose land and water is it?

As of confederation, the natural materials Maloney mentioned were suddenly believed to be the property of the Canadian government. Canada was established on top of existing
Indigenous nations. It was not settlers’ land to take then, nor is it up for grabs now. As a result of this questioned sovereignty, there exists a constitutional duty to consult Indigenous groups on these matters.

The government’s words on reconciliation are certainly not put into action on this project.
Consultation standards are not upheld, resulting in corporations winning bids to extract resources on land that has been given away by the wrong sovereign state.

Water Protector, Dale Poulette, emphasized his exasperation by calling on others to stand against such injustices, “It’s hard to stop these guys without allies, so we’re looking for more allies to help us fight these corporations.”

What role does an ally play?

According to author and educator, Anne Bishop, allies are pivotal in “joining others for impact and support” as a means of “achieving equity in people and institutions”.

Standing as an ally can take on several forms, all of which begin with acknowledging the intrinsic oppression of the capitalist system. A second step involves asking how to help, rather than voicing opinions as an outsider.

On the Treaty Truckhouse Against Alton Gas website, water protectors illustrate what they are looking for:

“We are calling for Prime Minister Trudeau and the whole federal government to live up to their commitment to improve nation-to-nation relationships, to respect treaty rights, and to meaningfully include Indigenous communities in decisions that affect them. Specifically, we’re asking for real and respectful consultation with the Mi’kmaq of Nova Scotia on this issue.”

Alliances are easy and very effective.

Listen, learn, and then use your voice to call out injustices. AltaGas and the governments have begun to feel the wrath on this project, so why not join in?

For more information on the Alton Gas Project, and how you can get involved, checkout Treaty Truckhouse Against Alton Gas.