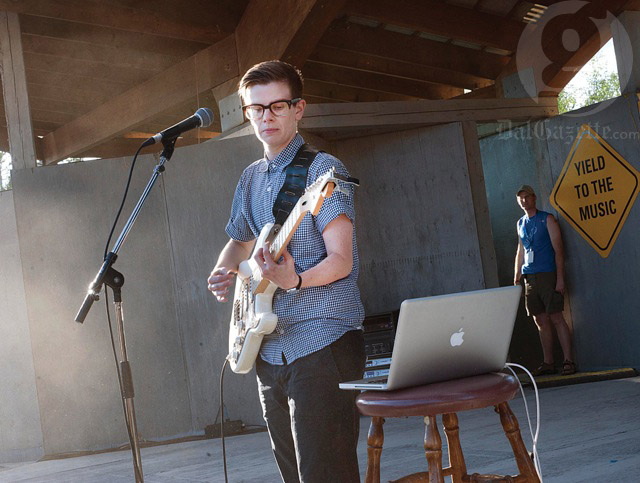 Rae Spoon is not easily categorized. Their most recent album, I Can’t Keep All of Our Secrets, is a pop- folk-electronic album exploring the process of grief. Besides touring, they are also involved in putting together a documentary about transgendered people for the National Film Board and writing their first book, “First Spring Grassfire.”

Rae Spoon, who is transgendered and prefers to be addressed as “they”, also transcends the he-she pronoun binary:

“People often think with transgendered people that you want to have surgery, take hormones, or change your body,” they explain. “And I haven’t done any of those things, so it always seemed weird, being addressed as this-” they pause, “unfinished project, or something. It  also makes room for other kinds of trans-folks, who don’t identify as the other gender.”

Spoon believes that the best work comes from an emotional attachment to the subject. When asked about the inspiration behind their latest work, they say, “Musically, I wanted to make an electronic album; I didn’t want to use physical drums. I was trying to do a bunch of dance stuff but it felt very shallow and unengaged, so I decided to do a pop album about grief, about losing someone. I feel like it’s something that doesn’t always get addressed by our culture.”

But as usual, Spoon doesn’t take the traditional approach. While pensive, I Can’t Keep All Our Secrets is not the slow, mournful album you may have expected.

“I don’t think that’s how grief works,” Spoon says. “People grieve as they live their lives; there are ups, and there are downs.” And the album reflects this sentiment. Starting off with smooth, upbeat vibrations which lead into the more nostalgic and sorrowful, though never pitiful, sound after the  initial tracks, Spoon masters a form that we don’t often consider– the emotional electronic album.

“I learned to respect computers as instruments,” they say. “The hardest part isn’t making it, but making it sound original– that’s extremely hard.”

With a book release this fall from Arsenal Pulp Press, another thing Spoon worked hard at is their writing. “It’s a bit of a risk,” they admit. “Writing is so specific. I’m not as confident about it. I find music easy to write, since it’s something I’ve been doing since I was 12. I know if I sit down with my guitar I can write a bunch of songs and that’s fine. It’s something I’m used to doing. But I don’t think I’m a writer because I really hate writing. When you first sit down, it’s like when you get to the gym. At first you’re just like auuugh– but then you get going, and it’s OK! I guess everyone hates it,” they laugh lightly.

Spoon wasn’t always this comfortable exploring new areas. They spent five years playing country music in small Canadian towns before branching out.  “I didn’t really talk about being queer, touring the really small towns. So the past three albums I’ve been writing more queer-positive, open stuff. It fits better with electronic music, too.”

“I’m at the point where I feel comfortable and I’m trying new things,” Spoon says, and it’s a statement obvious to anyone who follows their work. So what’s next?  “I want to make a rock record,” they add, almost as an afterthought. And why not?  Rae Spoon’s diverse talent, humour and resistance to genre conventions make them an artist truly worthy of admiration.