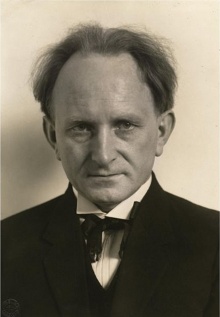 Photos of Germany in the first part of the 20th century often focus on the two World Wars. However, August Sander, a portrait photographer during this period, preferred to focus on everyday Germany and its people. Until Oct. 20, the Mount Saint Vincent University Art Gallery presents August Sander: Objective Romantic, an exhibit of Sander’s photography.

“None of the local museums have his work in their collections,” said Ingrid Jenkner, the MSVU Art Gallery director.

Though the gallery only hosts 32 of Sander’s many photographs, these are enough to understand and appreciate his simple yet elegant style of black and white chemical photography. Five of the exhibited photos portray landscapes, with the remainder being portraits of people in Sander’s hometown of Cologne, Germany from 1910 to 1942.

Before photo shoots, Sander would spend a few hours getting to know his subjects.

“They felt comfortable trusting Sander with their inner selves,” said George Steeves, the exhibit’s curator and a local photographer, via email. “And he skillfully recorded the moments when these revelations of self were made manifest.”

Sander further captured his subjects by placing them in positions and backgrounds that represented their lives. This enabled their identities to permeate the photograph, giving the viewer an even more intimate understanding of the subjects’ lives.

“Bricklayer” features a man balancing a ton of bricks on a hod across his shoulders with one hand, the other on his hip. A newsboy cap hides most of his forehead and brow line, leaving only a glimpse of one semi-raised eyebrow. The shadow of the cap hides the other eyebrow, and along with the pitch black background, portrays a deeply stern and serious man.

Other portraits contain scenes of families positioned in ways that explore their relationships or workers set in their appropriate backgrounds.

When Sander shot, it was an all-day commitment for him and his subjects. Not only would he take time to form a rapport with his subjects, but his large-format view camera meant it took another three hours to shoot. The lengthy process of film insertion made it too time-consuming for Sander to take more than about three photos per subject.

The dark background of Bricklayer symbolizes the void that the bricklayer fills when he begins to build. The bricklayer stands in the middle of the frame with the bricks on his shoulders to show that he is the foundation of his structures.

In an age without digital cameras, Sanders needed to give this kind of careful thought to the few photographs he took of each subject. The result of the photo would only have been revealed after its development (another lengthy process), requiring Sander to even more carefully and appropriately compose every photograph.

“So, this show is, among many other things, a caution to viewers about the meaninglessness of thoughtless digital easiness,” Steeves said via email.