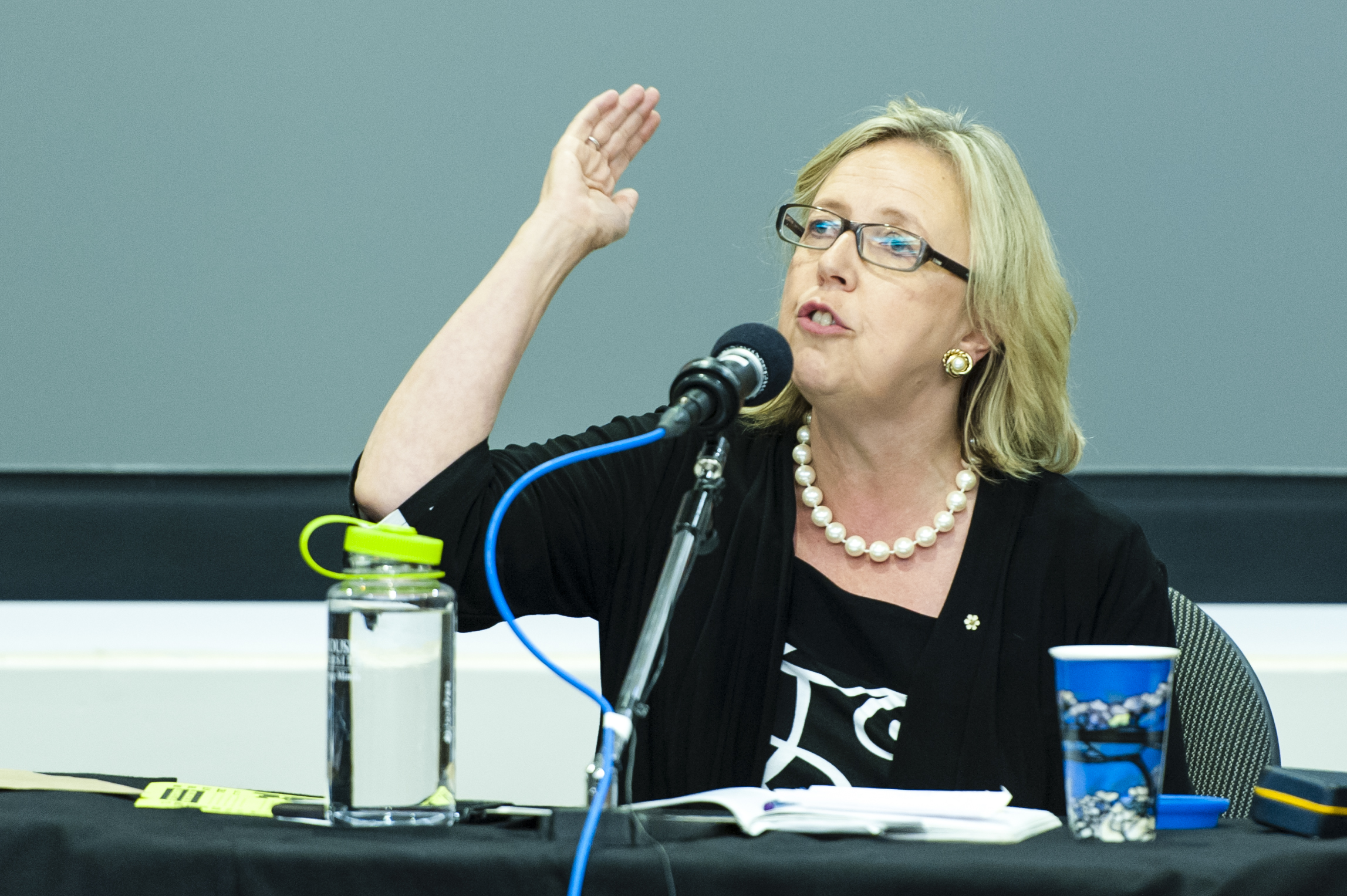 The Afterparty: A Discussion on the Future of Parliamentary Democracy in Canada, hosted by the Dalhousie Department of Political Science and the Springtide Collective, featured four politicians from across the political spectrum: Elizabeth May, Brent Rathgeber, Graham Steele and Danny Graham. CBC Mainstreet host Stephanie Domet moderated the event.

The discussion focused mainly on the phenomenon of party discipline, in which members of a political party are essentially controlled by the party leaders. It is said to discourage independent decision making and policy discussions in parliament.

Each of the speakers gave opening remarks about party discipline and the current political climate in Canada, each having a different opinion. May, leader of the Green Party of Canada, spoke candidly about what she called “a system that requires resuscitation.”

Solutions were discussed as well, mostly being in government and party-based reform.

“The answer lies within the citizen and the voter,” says Danny Graham, a Liberal Nova Scotia MLA. “Difficulty comes from citizens who tune in [during elections] only a brief period of time.”

Graham also suggested more events like the Afterparty to start an objective discussion and to “make questions viral.”

Co-host Springtide Collective has also launched VoteSmartNS.ca, which is a plain language, non-profit, and non-partisan platform for the Nova Scotia primary elections.

The group was founded by Dal alum Mark Coffin, and is run by a team of other Dal graduates including Lisa Buchanan, past Dalhousie Student Union president Chris Saulnier, and The Hub Halifax co-founder Joanne MacRae.

Springtide Collective’s mission is to “empower Nova Scotians to fix our own democracy.” Its projects include events like the Afterparty, a Youtube series explaining democracy in Canada called the “Three-minute Citizen,” and a political poll of young people in Nova Scotia.