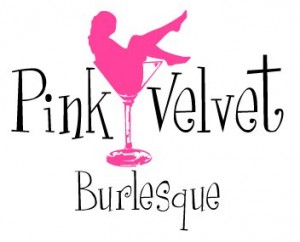 On the weekend before Halloween, Pink Velvet Burlesque and their brother troupe, Velvet Rope Boylesque performed their annual Black Stocking Halloween show, a long-standing tradition since Pink Velvet’s creation in 2006.

“Halloween, dressing up, being someone you are not (…) it just goes so perfectly with Burlesque shows,” says Kay Liscious of Pink Velvet Burlesque.

The guys and girls of Pink Velvet and Velvet Rope usually perform more comedic routines than sultry strip teases, so their Halloween shows are great ways to go even more all out with their acts. With a dead cheerleader zombie, Rocky Horror homage, a werewolf transformation and lots of fake blood, this year’s Black Stocking Burlesque show gave its audience the appropriate amount of both thrills and chills.

Unfortunately, Miss C, the lovely founder of Pink Velvet and co-producer of the Black Stocking show, could not attend or take part in the show this year. However, the show’s other co-producer, Rouge Fatale, Halifax’s “Mother Queen” and founder of Velvet Rope Boylesque, did a great job of hosting the evening as well as performing three solo acts. The performances covered a lot of ground, which made the show especially entertaining for the audience, who spent the night laughing at Rouge’s commentary and hooting and hollering at the wicked talents onstage.

There was a special appearance in the show, as Miss Dislocait performed a contortion and acrobatics act with Kitty LeCoque of Pink Velvet.

“There has always been that vaudeville aspect of contortionists, and that sort of theme with burlesque, so it’s always nice to see,” says Rouge when asked about the incorporation of more circus acts in Pink Velvet shows.

There was also a “rant and strip” act, which was performed by Scarlett Sparks of Pink Velvet. She stood on stage and recited an urban “friend of a friend of mine” legend which was somewhat eclipsed by the fact that she was also undressing.

Rouge Fatale got big points from me for performing as Mr. Oogie Boogie from a Nightmare Before Christmas, and then declaring afterwards that the reason Mr. Oogie Boogie was so grumpy was probably from the itchy burlap. I also have to respect the guys of Velvet Rope Boylesque for going on stage and dancing in their underwear as well as acting as “stage kittens” (a.k.a stage hands) for the night.

Sadly, they couldn’t get Buster Price of Velvet Rope Boylesque to successfully walk in heels for his role as Dr. Frankenfurter, so they put him in combat boots. Perhaps with a bit more practice he’ll be able to work the heels for the next Halloween show. At the end of the night, I was entertained, and I think that is what Burlesque is largely, if not entirely, about. The Black Stocking Halloween show gave both the Pink Velvet and Velvet Rope performers more avenues to hone their comedic and creative sides, which they delivered to the audience spook-tacularly!

If you would like to get involved in the Halifax Burlesque scene contact pinkvelvetburlesque@gmail.com about volunteering and talent searches.