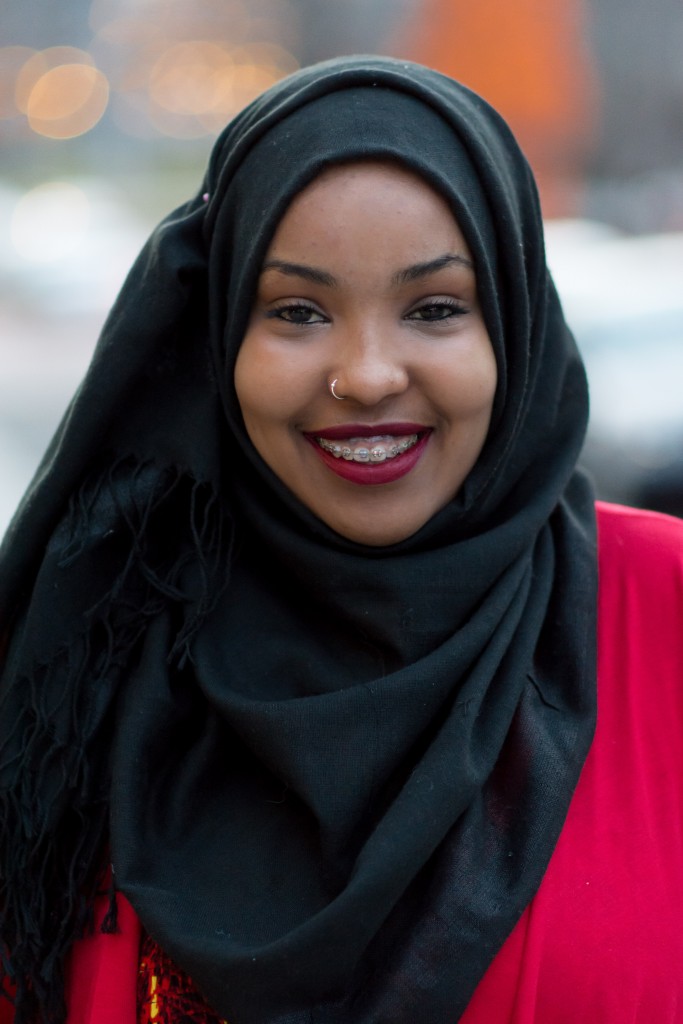 Relevant experience: Over the years, I’ve been involved with the Dalhousie community in various capacities. I’ve been involved with a number of different societies such as the Women in Technology Society and the Dalhousie African Students Association to name a few. I’ve volunteered for the Sexual Assault and Harassment Phone Line and a number of different events. With the support of many, I organized an Ethiopian Cultural Night on January 17 (originally scheduled for January 16th but had to be postponed because of the storm closure). It was an extremely successful event that, despite the cancellation, drew in a crowd of over 400 people and raised over $26,000 for families affected by the current food crisis in Ethiopia. I’ve also been employed by different departments across campus. And I currently work at the Avalon Sexual Assault Centre. These have helped me prepare for the important work this position does.

Why are you running for this position?

I’m running for this position because I am passionate about social justice. I am running because I care about education. Education is a fundamental right. Its a tool for bettering the world, and I believe everyone should have access to quality education. I care about students rights and academic freedom and want to work to protect and strengthen that. I care about equity and making a great university experience available to people of all backgrounds. As a student, I’ve personally faced many challenges and I want to add my voice to the many voices advocating for change.

What do you want to continue that John has already started?

Many things! To name a few, John has worked incredibly hard  this year to increase student representation on Senate. A motion was passed to increase the number of seats to 22, including 6 equity seats. Dalhousie is the only university to have equity seats on Senate and this is a huge step in including marginalized voices in the academic governance of Dalhousie. I would like to work with equity-seeking societies in implementing election processes for the newly won equity seats. I also want to continue the education shouldn’t be a debt sentence campaign. Tuition hikes are a barrier to everybody’s education but especially low income people, international students and racialised/indigenous people. Students are united on the fact that tuition is too high and I’ll keep up the momentum to ensure that students voices continue to be heard.

How could the DSU engage more students in its advocacy efforts?

What advocacy efforts from this year do you believe were most effective?

There were many amazing advocacy campaigns this year. It’s difficult to measure the effectiveness of some campaigns but one of the most concrete campaigns that effectiveness can be measured was strengthening the student voice in the past federal election. It was incredible to see so many students engage in that process. I want to use similar strategies to ensure that there is a  strong student voice in the upcoming municipal election. With issues such as transit, affordable housing, sustainability, and arts and culture, it is important that students’ voices are heard. I will make it a priority to start organizing in the summer with other student unions to run a campaign to get as many students to vote as possible. This will include lobbying for a polling station at the SUB and Sexton and hosting an all candidates debate on student issues.

Do you believe the DSU should join any external advocacy groups? What one(s)?

The DSU, while independent, has worked in partnership with the Canadian Federation of Students to lobby on student issues, such as lobbying for The Safer Universities and Colleges Act – Bill 114. I believe this partnership has been positive and effective and I will continue to cultivate that relationship. I also want to work with the SMU student union in strengthening the student voice in the upcoming municipal election.

What is your reaction to recent proposals that tuition in some faculties will be raised more than 18% over three years?

It’s outrageous! The average debt on graduation is $37,000 already. So it comes as no surprise to me that mental health issues are also rising on campus. Students are expected to work more and more to pay for school, sometimes even 2 or 3 jobs. This isn’t a health lifestyle and students are stretched to their limit. We pay for education not just in fees but also in our health. It doesn’t have to be this way. Education shouldn’t be a debt sentence and mental illness is NOT on the syllabus. Dalhousie can afford to freeze the fees but this move is a cash grab, especially for international students that make up a high percentage of engineering students.

What do you think of John’s performance this year?

John has done an incredible job as the VPAE this year. He has worked tirelessly to ensure that students voices are heard and that student issues remain a priority. I would be honoured to continue the work that he has begun and to bring  my perspective, experiences, and background into moving the work forward.