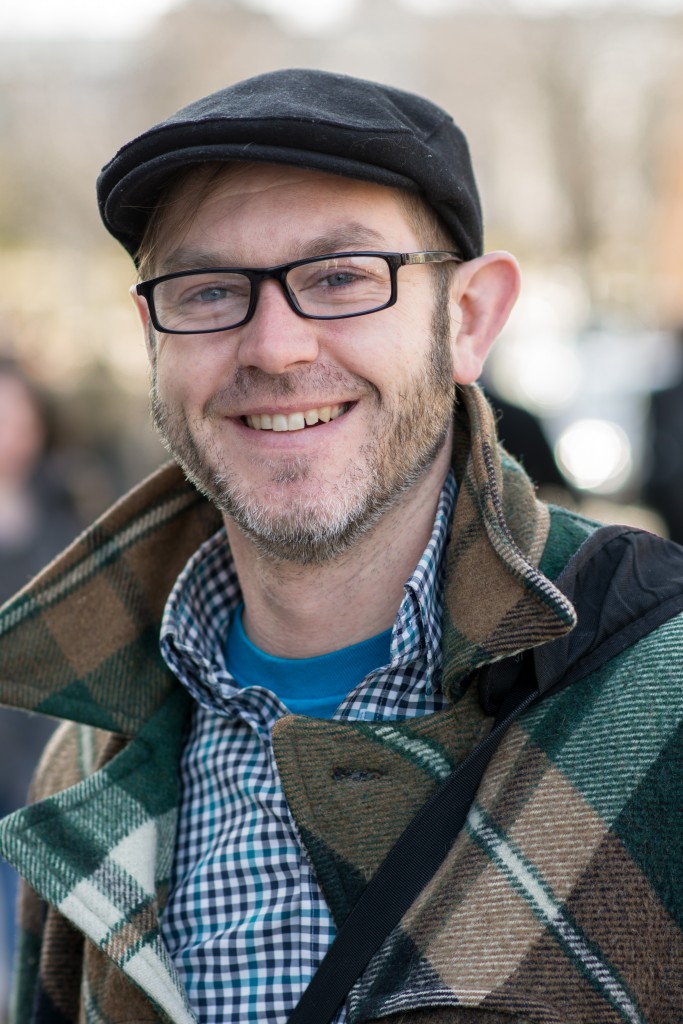 Relevant experience: My background it actually in the arts. I started taking things that I loved and putting them on stage, and through that, I became involved in project management. A huge part of the arts, and the projects that we managed, was about coming together to create something really, really incredible. Through that process, I actually ended up managing non-profits with thousands of engaged audience members to come together and create multiple seasons of shows. It’s been really exciting to manage a non-profit, just like the DSU – a non-profit that’s run by a board of directors, which has a membership that’s engaged and participates. Here at Dal, one of the things that I became really passionate about was making sure that what we do with our money reflects our values. Last year I was part of Divest Dal, and I worked to bring that conversation to the Board of Governors. This year, I’ve been a part of the Senate, to continue that conversation with the faculty. It’s really exciting to see how our values are changing how we spend our money, and so when we talk about that, the idea of running for VPFO became really, really exciting because there’s a lot of things on campus that we do value, that I think there’s opportunities to support. And there’s also things on campus that we pay for that are underutilized or could be better valued.

Mahbubur Rahman has held this spot on the exec for several years: what would you change about how he has handled the portfolio?
How he’s handled the portfolio has been excellent compared to what’s been done in the past. It’s been very traditional, very conservative, and they’ve done a really good job of maintaining the status quo. But I think it’s really important to realize that times are changing, that things have changed and continue to, with the creation of the sustainability office, with success of the Urban Garden Society, with the success of the Dal Bike Centre. People are shifting to think about more sustainable, more local, more environmental choices.

We sit here and look around in the Killam, we can see a couple different franchises that we’re paying that are not necessarily local, that don’t employ students, and aren’t managed by students, when we have an incredible business school in the Rowe building, filled with people learning how to run businesses and make business plans, and a whole bunch of students on campus that need jobs. So that’s a huge thing for me.

What are your thoughts on the ongoing SUB renovations?
They’re problematic for sure. When I first heard about the SUB renovations I was informed that all the internal stuff would be done for the fall, and they’d only be working on external stuff, which hasn’t been the case. It definitely needs to be exact going forward, because it’s a huge problem for students – that’s our space.

I was just in there having some food, and there’s no place to sit anymore, there’s no place to study anymore. They’re just opening up now, finally, in the winter semester, the society hubs and additional spaces, and it seems a little late in the game to be doing that.
What issue do you think the DSU needs to devote more of its budget towards?
I think the biggest, most important thing is to make sure that we have an engaged student population. And that means both by participating and informing them about the elections right now, but also creating a collaborative and engaged budget process, where we get to talk to people at societies and other organizations on campus to find out what services they value, and that actually have been a huge contribution to their life. And to consider ways to get more out of that and pay less for the things that we don’t value as much.

I think those are the biggest things for me, and as I mentioned earlier, that also translates into student jobs on campus. Also, building connections outside of campus, both for connections into your future, but also for funding opportunities for projects right now, because the DSU isn’t the only place to get grants and sponsorships. You can go outside and start building connections to take us all farther in the world.

How do you determine what budget items deserve more funding than others?

I don’t think I get to make that decision. That’s the thing, in working with a membership. I might have an idea and I might have some thoughts on the topic, but really I think the most important thing is getting people to decide.

There can be a lot of innovative techniques by talking to people, asking them what they spend on, by making it clear what more or less money means to people, because this stuff actually depends on you and what you want to get out of the student union. Everyone pays a whole whack of student fees for a whole number of services, but not everyone takes advantage of those services or gets to use them.