Accessibility around both Dalhousie University and University of King’s College campuses are far from perfect. But that doesn’t mean the schools aren’t trying.

As two of the oldest schools in Canada, Dalhousie and King’s were built in a different time. They’re filled with an abundance of stairs, narrow hallways and uneven pathways. Most students can overlook the flaws of the aged buildings in favour of the aesthetic, but these nuances are drastic for those with mobility issues.

“There were just not a lot of accommodations for my injury,” says Kayla Knell, a first-year journalism student at King’s. 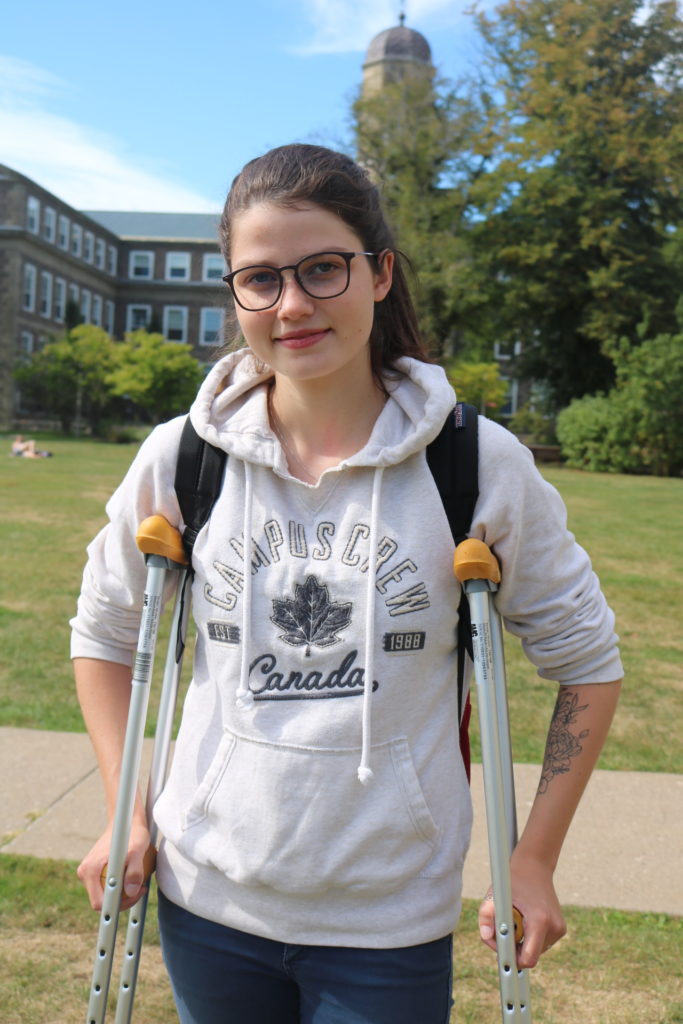 Knell was surfing in late August when she fell off her board, catching her foot in a rock barrier. It wasn’t until she collapsed at soccer practice two weeks later that it became apparent something was wrong. She was taken to the Dalhousie Health Centre and the x-rays came back with the news of a sprained ligament.

Saddled with crutches while living in a new city, Knell was suddenly faced with several issues of mobility: limping down long hallways and struggling up to her room on the second floor of an inaccessible dorm with no elevators was only the beginning to her troubles.

And for students with long-term mobility issues, Dalhousie and King’s are equipped for most scenarios.

“I have quadriplegia which means all my limbs are affected as well as my speech,” said Mery Bullock, a first-year student in the King’s Foundation Year Programme (FYP). Bullock explained that the quadriplegia makes it difficult to talk, write and type. 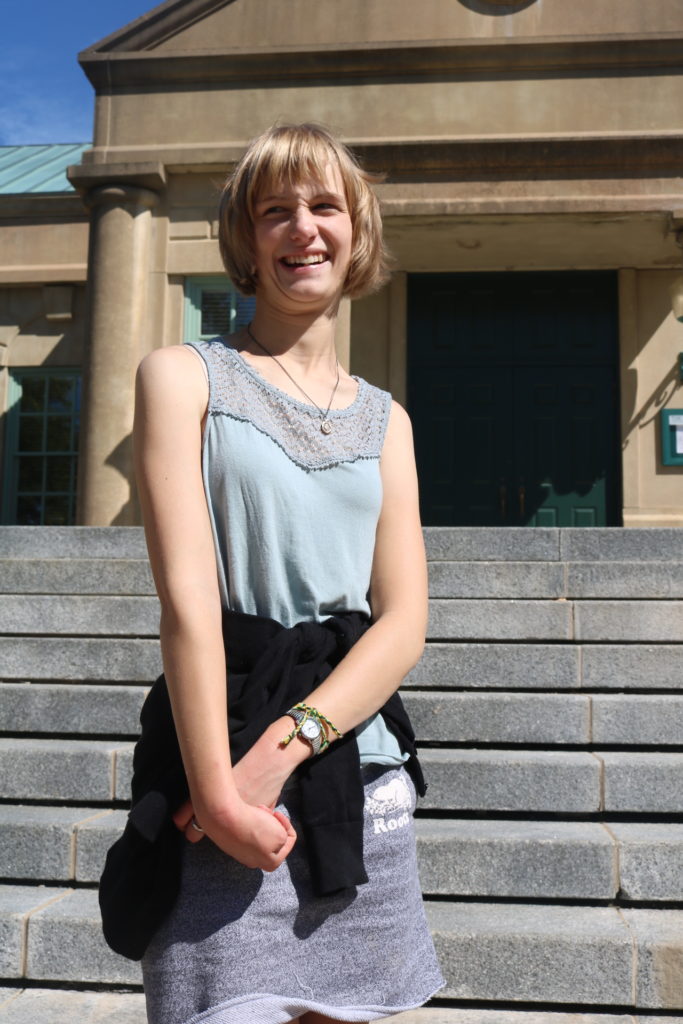 Bullock lives with cerebral palsy. This is a long-term disability that occurs at birth when not enough air goes to the brain, killing important mobility brain cells and permanently impeding movement. Bullock came to King’s for FYP, with the idea of accessibility in mind, and was pleasantly surprised by what both Dal and King’s had to offer.

“It’s just things like having a note taker in class and in tutorial because I can’t keep up with the note taking,” said Bullock, explaining the accommodations she set up through Dal.

“Having my food cut up for me and taken over to where I’m sitting [in the dining hall] and having my room close to a washroom so I don’t have to travel a long way in the night – it’s just logistical things.”

Despite both buildings being old, Bullock has been pleasantly surprised by her lack of issues around campus. However, she finds the doors are too heavy.

“It’s mostly just the fact that the school wasn’t designed with disability in mind but the people have all been super accommodating for me,” she said.

According to the Dalhousie website, the school provides a multitude of options for help to students, including those attending King’s. This includes “one-on-one advising to facilitate access to academic courses and programs, assistance in disability-related funding and connections with on-and-off campus resources to enhance success.”

These resources can be found through the Student Accessibility Centre on the Halifax campus, but contact information is also offered up online under “Accommodations” or “Accessibility.”

ABLE@Dal is another program on campus that is privy to students’ needs. Run through the Student Accessibility Centre under director Quenta Adams, they curate a presentation every year before classes begin. The goal is to inform students with disabilities (and their families) of the options available on and around campus.

For students like Knell, it’s a matter of learning to adapt to their injuries through learning the tips and tricks of elevators, ramp locations and other alternatives to stairs. As for Bullock, she is hopeful for the future of accessibility within higher education.

Do you have a story to share about accessibility at Dalhousie? Email rebecca.dingwell@dalgazette.com.