Changes at the SUB 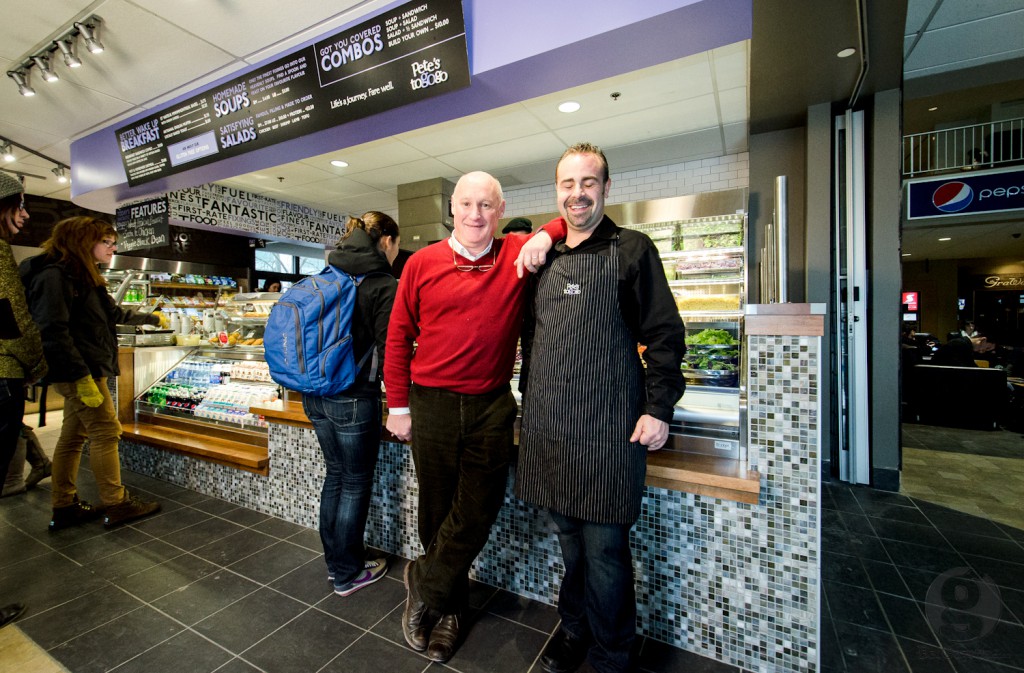 The businessman spent the day on campus, handing out coffee coupons to students as they walked by and talking to anyone who had a minute.

“It’s very exciting,” says Luckett. “This is a great demographic for us and our line of food. It’s fast, it’s fresh, and it’s local. It’s been great to hear the feedback from the students.”

Pete’s ToGoGo rounds out the food services at the SUB, which changed this year following a two-year consultation process by the student union. The DSU ended its contract with Sodexo last year and took control of food services in the SUB, hiring Chartwells to work for them rather than beside them.

“We asked ourselves, ‘If we started from a blank slate, what is it that students would want to see in their food services?'” says Edgar Burns, VP (finance and operations) for the DSU.

“After two years of consultation, we’ve identified the priorities: local, healthy, and diverse food options are what students were looking for.”

Pete’s, along with the Loaded Ladle, Chickenburger, and Global Village, addresses the various needs of the student body as far as food services go, says Burns.

The change in food services has come at a cost. The DSU now takes all profits that vendors in the SUB make, but they also are responsible for losses. The union’s budget anticipates only around $1,200 in revenue from food services, compared with $141,000 last year. Burns says this is only because of startup costs.

With food services now under the DSU’s management, the union is now looking ahead. A new consultation process has already begun for area renovations around the SUB, which has Burns excited.

“There are plans for more seating over the next few years, as a part of the DSU renovation process that’s coming up and that’s also going to be student driven,” he says. “Increased seating, creating a new atmosphere for the new food services—it’s all part of the renovations coming up.”

Moved by suggestions from students through Soapbox, an online forum where students voice suggestions and concerns, the DSU has been tweaking the SUB all year, including the installment of the  ‘wellness room’ on the third floor in what used to be an unused room. It’s now a space for students to relax, with couches and space to pray.

“Good is the enemy of great, so of course we’re already working on new things,” says Arron.