Dying for some attention 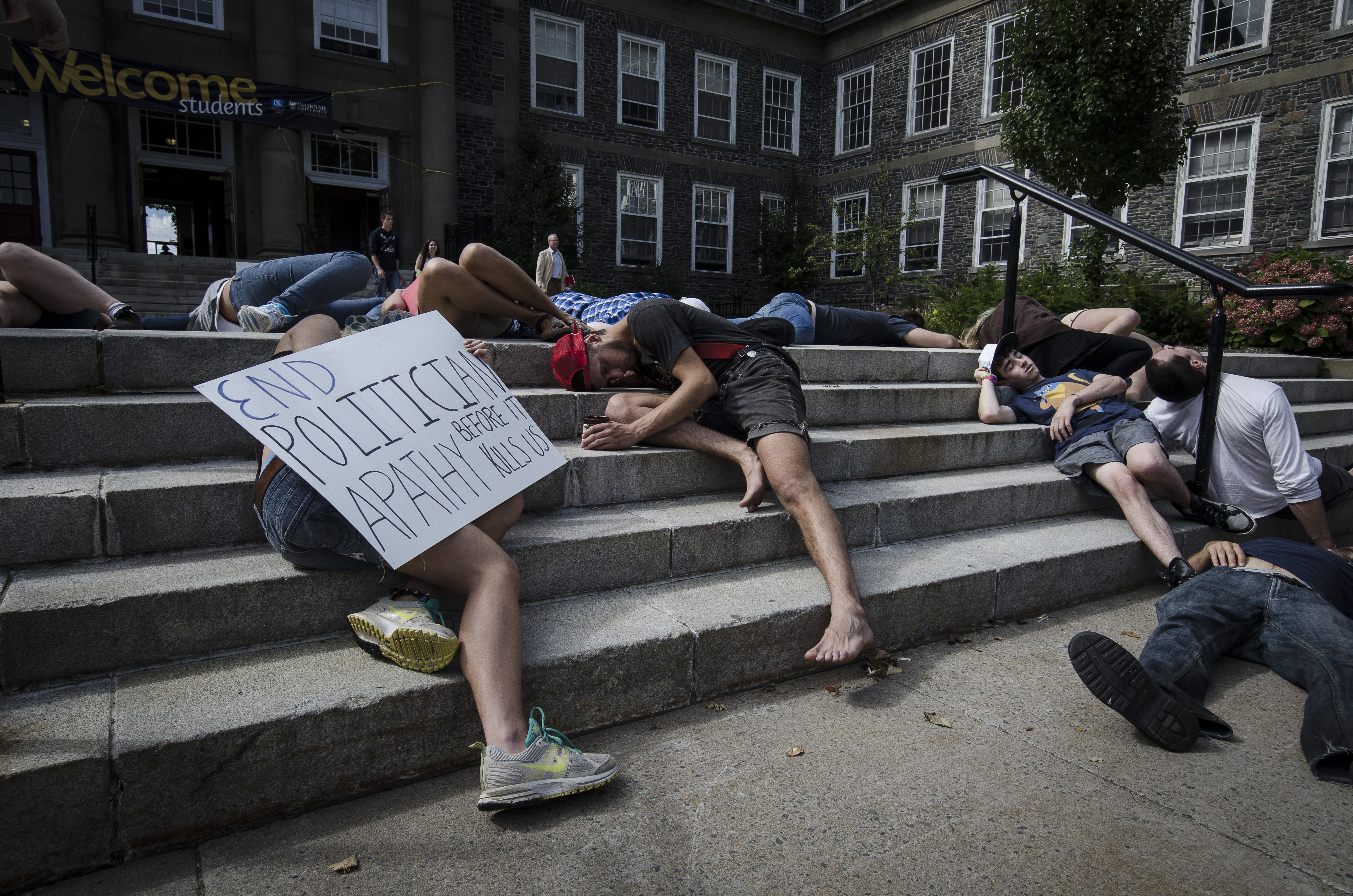 A crowd of 20 students keeled over and rolled down the steps of Dal’s iconic Henry Hicks building, apparently felled by the crushing weight of tuition.

This has been the first demonstration of the Dalhousie Student Union’s (DSU) provincial election campaign.

The dramatic ‘Die-In,’ staged on Sept. 20, the day tuition was due, was intended to combat politician’s apathy towards student issues and promote the DSU’s ‘Students Provincial Election Platform.

Camera crews circled the fallen students as they lay ‘dead’ for about five minutes before waking up to take questions from the press.

Despite the symbolism, the participants say that the DSU is interested in more than tuition fees. The union’s election platform includes accountable university governance and improved student living conditions alongside affordability.

Few of the students had anything positive to say about the platforms of Nova Scotia’s political parties. Ryan Hartigan, a fifth-year neuroscience student, wants to see more.

“None of the parties have really mentioned student issues in their platform,” says Hartigan. “This is our whole lives were putting at stake. We’re going to be in debt for a long, long time, most of us.”

“Right now, we’re fighting their apathy towards us,” she says. “There’s still that wall.”

The provincial election will be held Oct. 8 with booths on campus leading up to election day.

Correction: The name of Brogan Carruthers was incorrectly spelled in print and in an earlier version of this story online. The Dalhousie Gazette regrets the error and any confusion it may have caused.