At least one candidate from each of the four provincial parties was present. Despite the student-centred topics, the crowd was diverse, with elementary aged children, seniors, small business owners and Dal students in attendance.

VP (A&E) Aaron Beale moderated the event, which began with a video produced by the DSU on ‘Politician Apathy,’ the focus of their election platform. The candidates were each given two-minute introductions before the question period began.

What will you and your party do to make education more affordable? Make universities more accountable and transparent? Make our communities more livable? Protect Nova Scotia College of Arts and Design’s autonomy?

Several students at the event tweeted their dissatisfaction with the answers—or lack thereof—from the candidates, and others disagreed with Beale’s style of moderation, which included prefacing each question with what the DSU’s platform would consider the right answer.

Highlights of the night included:

2. Liberal Labi Kousoulis flat out refusing rent control after its failure a few decades prior. He added that universities need power to make their own decisions when asked how he would ensure transparent governance, to which Preyra responded “well, that’s a pretty thin answer.” 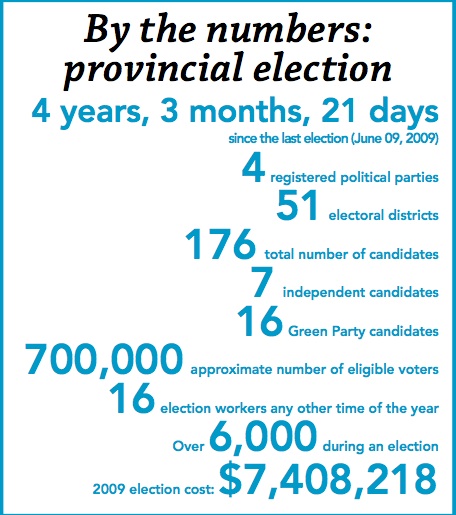