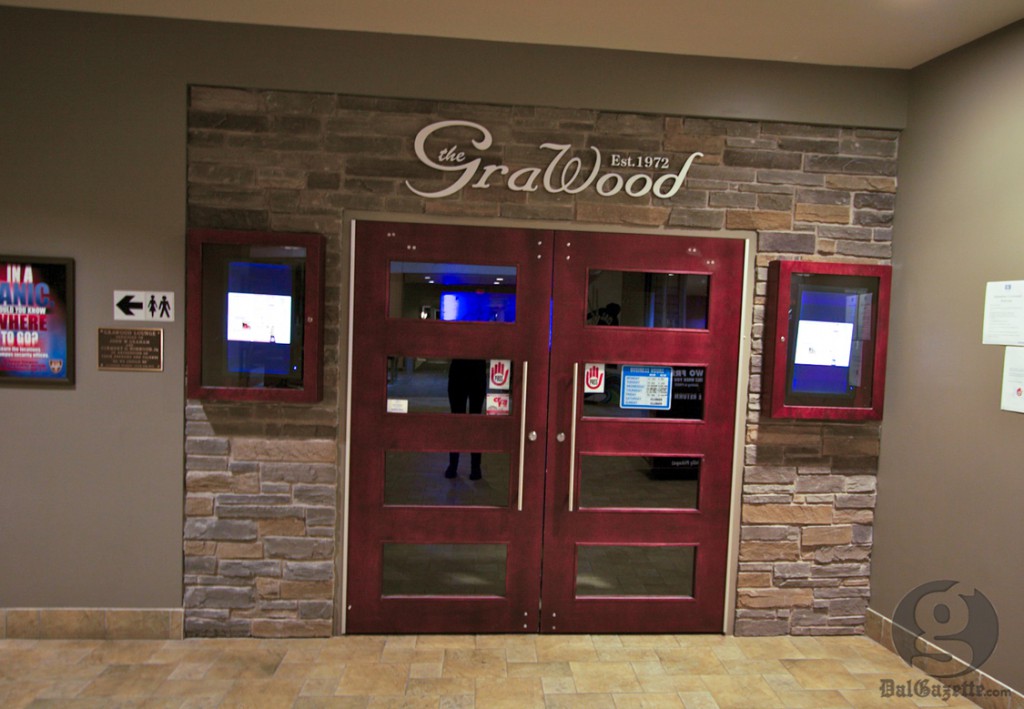 The Grawood’s doors will be closed after lunch on Jan. 11 and on Jan. 12 (Alice Hebb photo)

The Grawood will be closed after lunch on Jan. 11 and 12 after having its liquor license suspended last month.

On Dec. 7 the Liquor and Gaming Division of Service Nova Scotia passed disciplinary action against the Grawood for serving underage patrons alcohol in September. Though the bar would still be able to serve food and non-alcoholic drink legally on Jan. 11 and 12, the bar will be shut down entirely after lunch on Jan. 11. The bar’s staff have also been ordered to undergo a new program of security training.

Lindsay Dowling, spokesperson for the Dalhousie Student Union (DSU), said in a written statement that “this is not a scenario that is unique to the Grawood but the DSU is taking significant steps to ensuring similar situations do not occur in the future.”

In the same statement, Dowling says the Grawood did not need to cancel any entertainment because the bar received notice of the suspension far enough in advance that they did not book any events for the two evenings.

The notice of disciplinary action cites four infractions, which liquor inspectors discovered during routine inspections during Frosh Week on Sept. 7 and 8. In three of those cases, students were wearing the orange wristbands that indicate legal drinking age, but all were underage.

One student showed the inspector an Ontario driver’s license that was not her own. She latersaidshe was underage but had only used her DalCard, not the borrowed ID, to get into the Grawood. Another student had a British Columbia license that gave his age as 18. The third student had only her DalCard and was signed in as underage.

In each case, the students received an orange bracelet from the bar staff despite being underage or not providing adequate ID. All three students were at the same table, drinking from sand buckets of beer.

Another patron was of age but was escorted out of the bar by his friends after another liquor inspector saw that he had “bloodshot eyes, slurred speech and a strong smell of alcohol on his breath,” according to the statement of facts for the case.

Though the Grawood was wet/dry during Frosh Week, meaning underage students were allowed into the bar but were not allowed alcohol, Dowling says the wet/dry policy has not been in place since mid-September.

The Patron Accountability Safety and Service Program (PASS), which the Grawood has been ordered to join, provides the staff with a list of people who have been barred from entering PASS establishments. Staff at the Grawood also underwent security training with the Liquor and Gaming Division.

The sentence is not unusual for bars found to have been serving minors. In 2012 two university campus bars had their licenses suspended, out of 20 total short suspensions across Nova Scotia.