New Dal start-up will help you break up 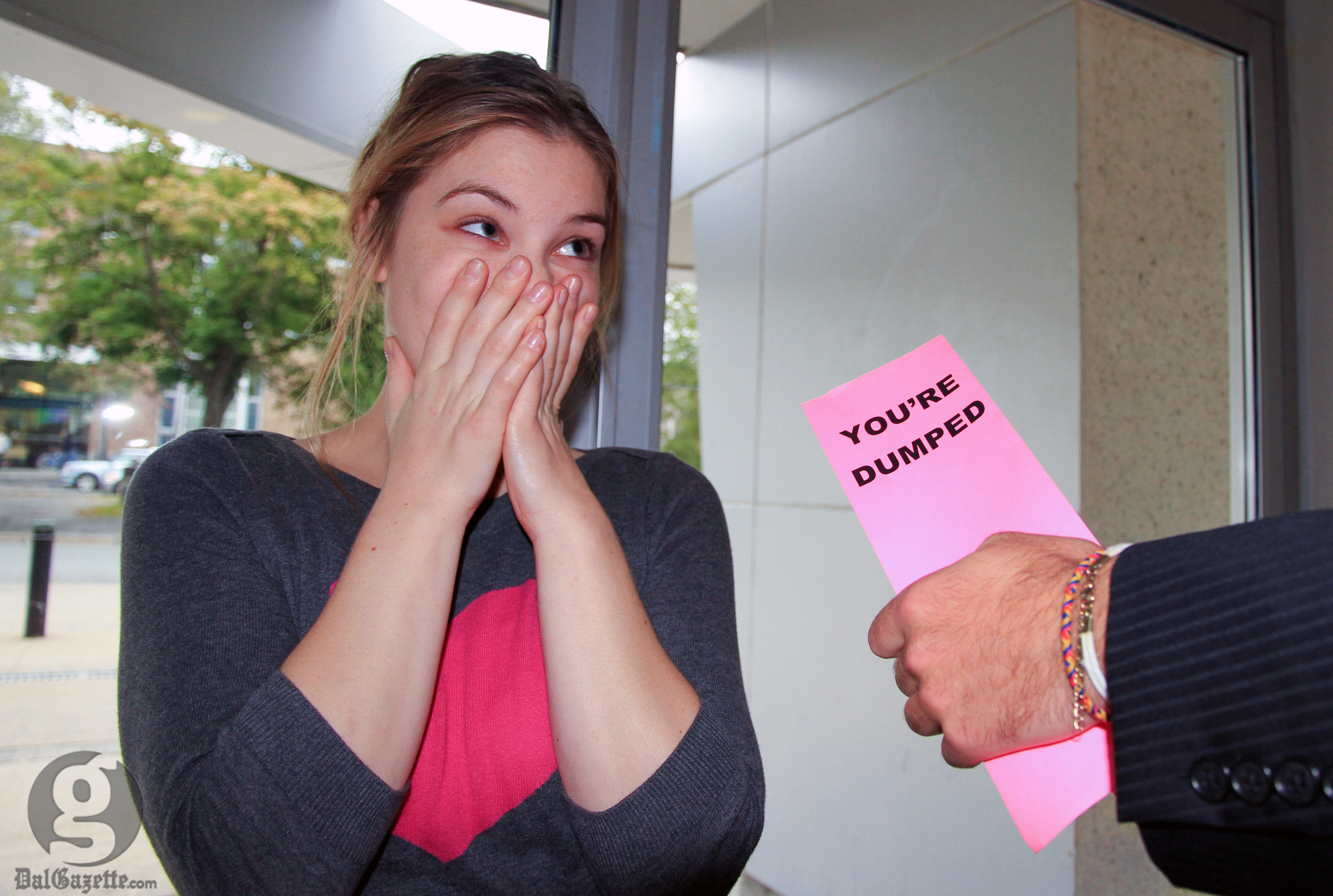 Don't worry, there are plenty of other fish in the sea. (Photo by Bryn Karcha)

But a new business on campus is taking the edge off a bittersweet goodbye. For a flat rate of $14.99, students can pay scrappy startup It’s Not You, It’s Us to end a failing relationship.

Blue posters litter the campus. “Breaking up is hard to do. Let us do it for you,” they say, with a link to a Tumblr page and a Twitter account.

Auld is the mastermind behind It’s Not You, It’s Us. He says the idea stemmed from watching a friend suffer through a dying romance. The idea took root, and early last month the business was launched. Since putting up posters around campus, he’s been surprised by the interest he’s received.

“I’m a little surprised because it started as a joke,” he says. “It seemed like a ridiculous thing to do.”

Although Auld hasn’t actually gone through with any break-ups yet, he says he’s received a number of emails from potential clients as well as people wondering if the business is legitimate.  He says that his standard operating procedure is to learn about the couple’s problems and then to find the best way to end things. Auld is willing to do break-ups in person, over the phone, by email—whatever best suits the situation.

It won’t be messy, Auld says. He’s sure that his arm’s-length approach will quell hysterics, and if not, he’s getting paid anyway. He’s confident that the reaction of others won’t faze him.

“I have no vested interest in their relationship. It’s not bad because it doesn’t bother me.”

There are some caveats: anything longer than six months and the fee rises. The more emotionally grueling the break-up, the higher the fee.

There are some limits. Auld says It’s Not You It’s Us won’t end a marriage—and they’re definitely not giving advice on how to save the relationship.

But Auld says that he’s felt some resistance since putting up the posters.

“I’ve noticed they’re getting torn down around campus… some romantics must be unhappy and ripping them down.”

He says their skepticism is misdirected. Break-ups happen regardless of whether or not there’s a middle man. Auld says that sometimes love just fades and that his business is only trying to make things easier.

“We’re just doing what we’re paid to do.”