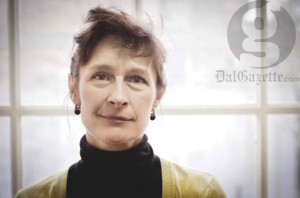 In September, the Gazette spoke with Susan Spence Wach, the associate vice-president of academic programs at Dalhousie University, about the upcoming merger of the Nova Scotia Agricultural College (NSAC) with Dalhousie University. With discussions in the early stages, not much was certain. Now, three months later, a few things are clearer.

Mainly, NSAC will likely become a faculty of Dal. “This isn’t the final decision,” says Spence Wach, who is a co-leader in the merger talks. “But this is a good time for you to know that it would be a faculty, likely a faculty of agriculture.”

This structure would mean that Dal students could study at the Bible Hill campus sometime in the near future. The goal is to have students enrolled in a merged institution for the 2012 fall term.

A concern among NSAC students, however, has been the preservation of their campus identity. As a faculty, the NSAC would be executively administered by Dal. When faced with a similar recommendation to incorporate with Dal earlier this year, students and staff of NSCAD University in Halifax were strongly opposed.

Spence Wach calls the two situations “very different.” In the case of NSAC, she says, an existing relationship means students are more open to the idea, while a geographically distinct campus allows the school to retain its own distinct character.

According to last year’s O’Neill Report, Dal has already been approving and granting joint degrees with NSAC. The agricultural school is also transitioning out of being a government-run institution, which means it is in a much different state from the entirely independent NSCAD.

Questions have been raised, though. One of the most frequently asked pertains to NSAC’s new name. The college has colloquially been referred to as ‘The A.C.,’ and, taking this into consideration, the name ‘Dalhousie Agricultural Campus’ has been suggested. “By being able to formally refer to it as the ‘Agricultural Campus’ you are still able to retain that ‘A.C.,’” Spence Wach says, “So that’s where we’re at with the naming.”

Since John MacDonell, the Nova Scotia minister of agriculture, first announced the merger last May, officials have insisted that cost-cutting was not the basis behind the decision. Rather, MacDonell said the intention was to “ensure that NSAC could compete with similar institutions in larger centers, and excel on the national and international stage.”

With Dal’s recent 3.5 per cent budget cuts and three per cent tuition increase, and a $14.6 million budget shortfall in 2011, Spence Wach says “It’s safe to say there are concerns from universities.” However, she says she is unable to comment on tuition and faculty salaries at this stage of discussions.

The O’Neill Report, which argued for the amalgamation of a number of Nova Scotia schools with Dal, including NSCAD and NSAC, stated, “there are no evident cost savings from the [NSAC] merger.”

Daniel currently serves as the Gazette's Copy Editor. He was the News Editor for Volume 145.