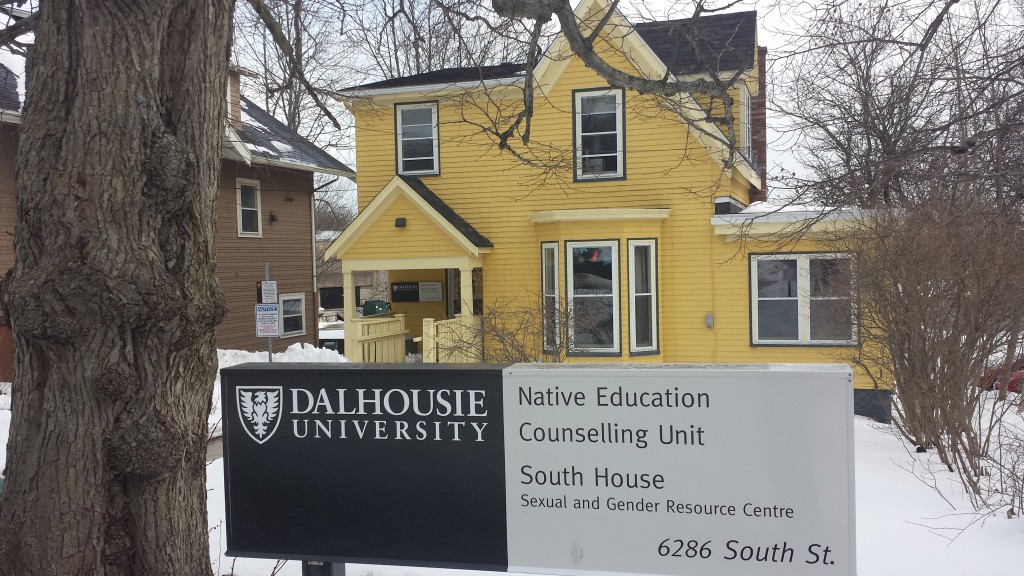 A levy increase that would nearly double South House’s budget may be rescinded after the university brought up several concerns with the wording of the levy question. (Photo by Ian Froese)

Dalhousie’s sexual and gender resource centre may have lost out on nearly $50,000 of additional funds after the university rejected the society’s levy question.

Dalhousie has submitted several concerns with the wording of South House’s levy question that passed with a necessary majority of votes in the Dalhousie Student Union (DSU) election earlier this month, explains an email obtained by the Gazette late Friday afternoon.

According to Dal vice-president student services Bonnie Neuman and executive director of student wellness Verity Turpin, South House’s levy question incorrectly stated how much money part-time students already pay to the society and featured unclear wording. Those two blunders nullify the levy increase which was approved by 52.9 per cent of voters in the DSU election, says the university.

“We have no way of knowing how to draft a levy question,” says Killham, adding the DSU does not have not have a handbook to give societies. “We did the best we could with the resources we have.”

South House is not giving up, however. On Monday morning, the Board of Governors operations committee can choose to ratify the levy question. DSU vice-president internal Ramz Aziz will read a letter hoping to sway his colleagues in South House’s favour.

If Aziz is not successful, South House will protest the decision. Killham is not sure what the next steps would be.

“We’re hoping to give the university a way out of this thing,” says Killham.

In an email written by Killham to key South House supporters, she described several of the university’s concerns with the question and the society’s rebuttals.

Notably, the university caught an error that stated that part-time students pay South House $1 a year when in fact it is $1.35. South House has admitted to the mistake.

The university also claims the levy question does not illustrate how much part-time students are currently paying to finance South House, although the first segment of the question appears to list the fee as $1.

Other miscues listed by the university include no mention of the summer fee the centre collects and an imprecise opening statement regarding whether the fees are annual or per semester.

“This is a question which is asking students to make a decision on a financial commitment. They are basing their decision on two inaccurate pieces of information,” wrote a university administrator in a quoted segment of the email. “The motion information does not fully disclose the current fee information to students. Your vote results were only 52.9% to 47.1% in favour with only a 10.9% participation rate.”

The levy question on the election ballot was written as follows:

“In her mind, there’s no hope,” says Killham about changing the university’s mind.

A request for comment late Friday afternoon to Bonnie Neuman and Verity Turpin was not immediately returned.

A written statement Turpin sent to the Gazette on Sunday read, “the Office of the Vice President is currently working with the DSU to find a solution that meets the needs of South House for the upcoming year.”

There appears to be a disconnect between Dal and the DSU regarding the sanctioning of each levy question. The university claims they asked to be involved in the process, but the DSU did not oblige. Killham adds that the DSU supposedly believes the student services department already approved the questions before the election began.

DSU president Sagar Jha did not reply to the Gazette‘s interview request. He redirected questions to president-elect Ramz Aziz who could not elaborate on whether the university asked to examine the levy questions because he says he was not involved in those discussions.

The wording of each levy question is approved by the DSU and the student union’s legal department before appearing on the election ballot.

South House only discovered their levy increase was rebuffed on Thursday when Killham ran into DSU vice-president academic and external Aaron Beale, who expressed his disappointment with the university’s judgment.

Killham then informed South House’s staff and reached out to the university for an explanation.

The student union is planning to release an official statement after finding out more about the university’s concerns with the levy question, according to DSU communications manager Lindsay Dowling.

Killham believes South House should not be at fault because the question had been approved by the DSU and its lawyers.

“We see this as the university taking a stance that they don’t value the South House.”

At the time of publication, the Gazette has not heard of any other levy questions dismissed by the university. The five organizations that won at least 50 per cent student support are the Dalhousie Urban Garden Society, Equity and Accessibility Office, Dalhousie Campus Medical Response Team, Dalhousie Bike Centre and the Dalhousie Gazette.

Correction: An earlier version of this story said the DSU would release an official statement in support of South House, but, in fact, the student union will issue a statement after they find out more about the university’s concerns after consulting Dalhousie’s board of governors. The article has been changed to reflect that. The Gazette regrets the error and any confusion it may have caused.