Stand up for Science rally at Dalhousie 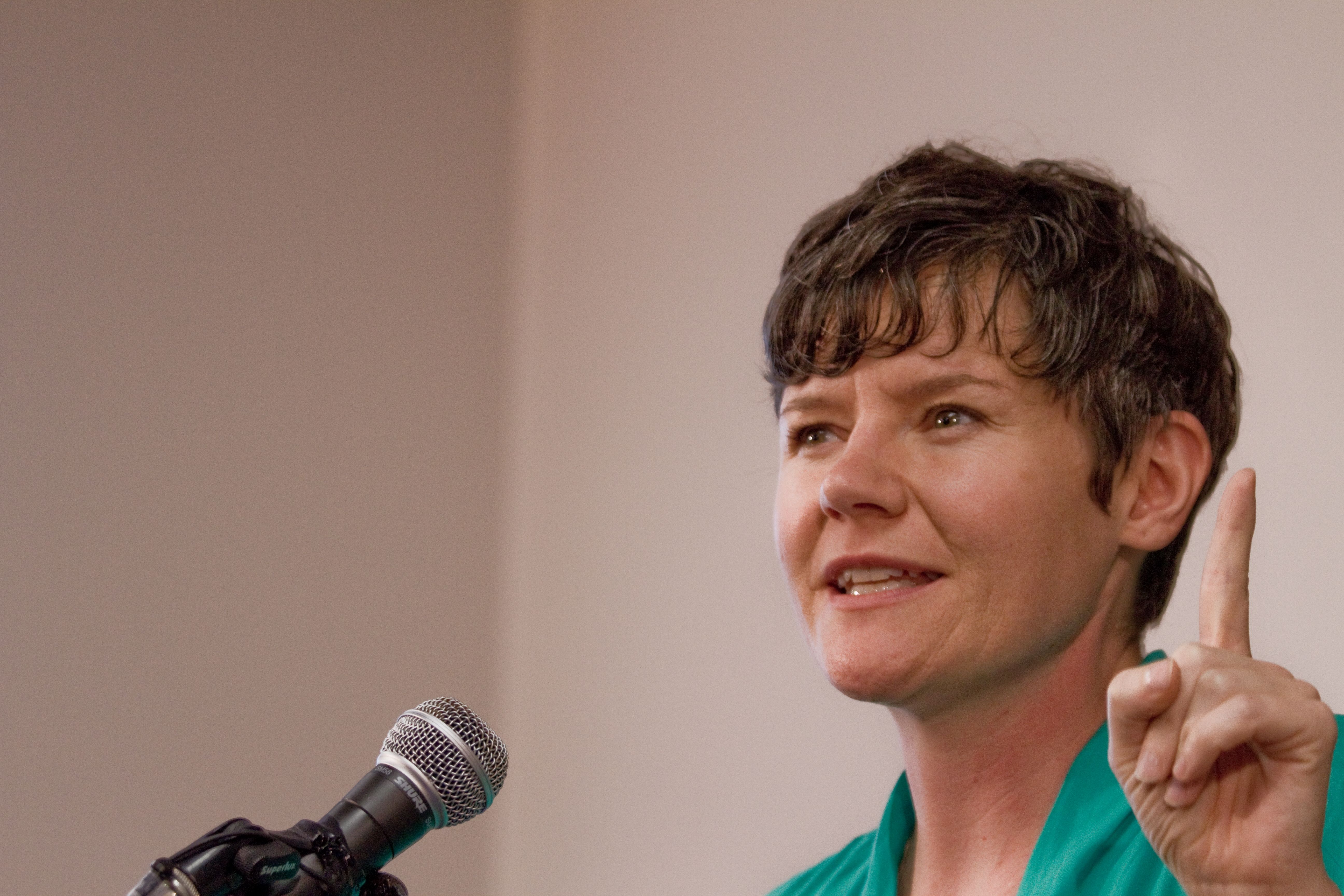 Halifax was one of 17 cities across Canada to host a Stand up for Science rally.

Speakers including Nova Scotia MP Megan Leslie and federal Green Party leader Elizabeth May spoke about government scientists who are being defunded and “muzzled” under the Harper administration.

The rally was held at the Dalhousie Student Union building and crammed Room 307, which is relatively large, to near full capacity with overflow filling halfway down the hallway.

The rally was a partnership with Evidence for Democracy, a non-profit, non-partisan science advocacy group.

Justin Singer, who has been praised as the one-man army behind the event, is a master’s student at Dalhousie, studying Classics and ancient texts.

“What defines how great we are is our mastery of reason,” says Singer. “If people can’t question how the universe works, we can’t exist. We can’t operate as human beings in nature.” 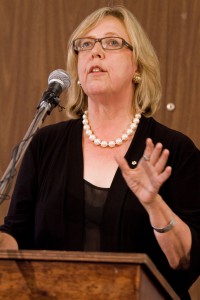 Elizabeth May was originally planning to speak at the rally in Ottawa. (Bryn Karcha photo)

Singer first got involved with Evidence for Democracy when he signed a petition to protect the Experimental Lakes research station. The group gave him more information and he began to see a troubling trend in politics in how public funding for sciences is disappearing.

He intends to pursue further studies in the field.

“I want my research to influence policy. I want it to be done properly.”

Leslie, the NDP deputy leader and environment critic, spoke of efforts made across the aisle between her party and others against Harper’s policies. She related recent budget cuts to the environmental failures of the federal government, including cuts to scientific research funding in the North.

“If we’d had the time to actually look at the budget, we’d have seen it was a fossil fuels budget,” says Leslie. “This was a pipeline budget. This was an oil sands budget.”

May, who graduated from Dalhousie’s Schulich Law school, spoke more strongly against Harper and his cabinet, which she called an elected dictatorship.

She explained to the room of students, scientists, and community members that Harper’s government will only fund scientific research mandated to be ‘business led and industry relevant.’

“It’s the kind of formulation only an idiot could have come up with,” said May. “This is the public policy of people who burn books in the public square.”