A special day for kids and Tigers alike 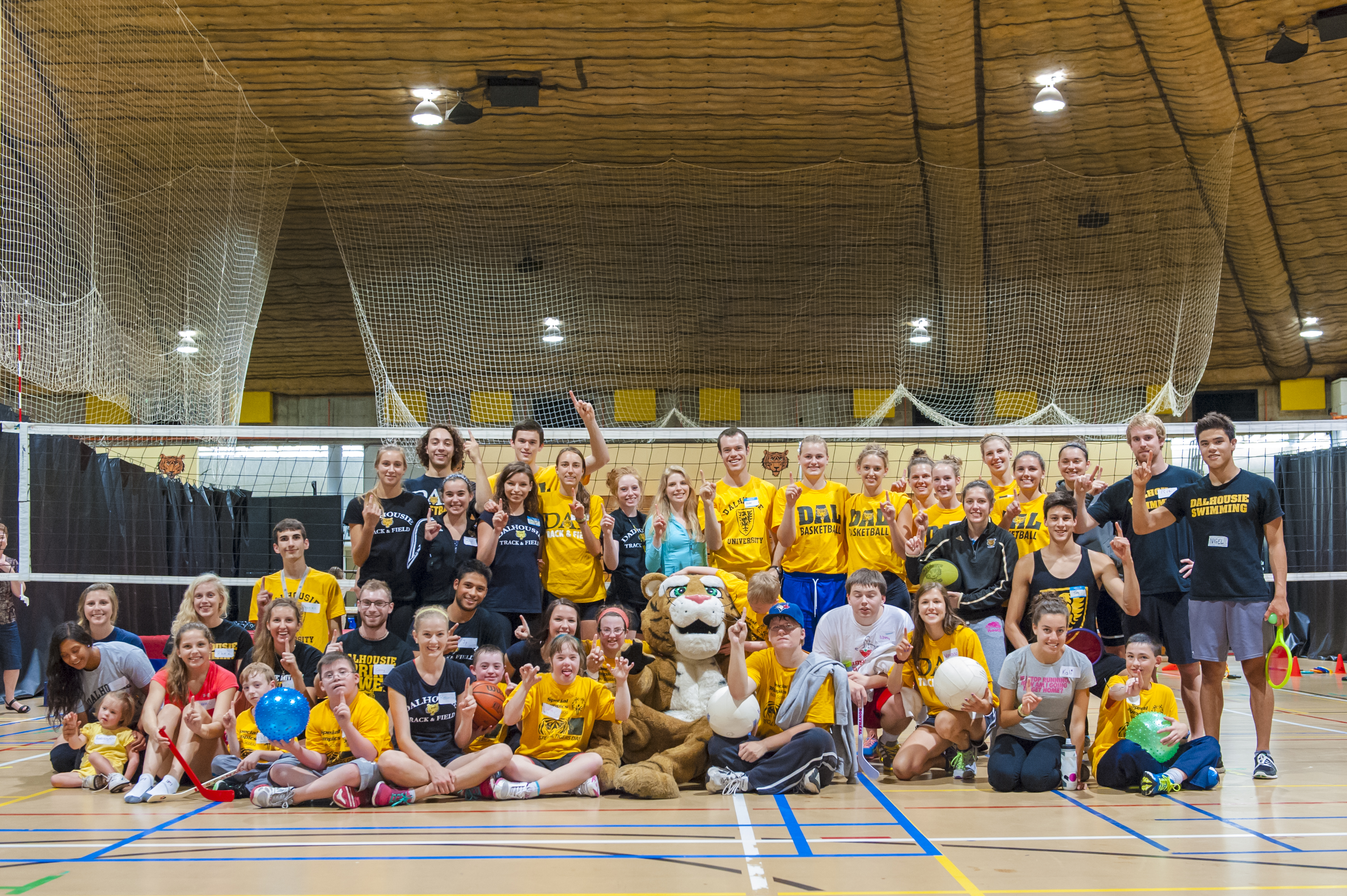 It’s a hot and muggy September afternoon, but not even the best efforts of  Halifax’s humidity can dampen the enthusiasm inside the Dalplex on the first Special Tigers Sports Day of the new academic year.

A joint initiative between Special Olympics Nova Scotia and the Dalhousie Varsity Council, Special Tigers brings Dal athletes together with children who have intellectual disabilities for an afternoon of sports and socializing.

According to Varsity Council co-president Tarah Truant, the program—divided this year into monthly two-hour sessions—stresses “inclusiveness, community, belonging and participation,” with activities specifically designed “for children who may have been overwhelmed with sporting environments in the past.” Kids can choose their preferred activity, with options ranging from basketball and ball hockey to free play on the tumbling mats.

“I’m doing all sorts of different sports, like volleyball and hockey and basketball,” enthuses Justin Noyes, 18. “[It] gives me all sorts of new friends.”

Program founder and fourth-year track-and-field athlete Rebecca Haworth acknowledges that the social aspect of sports is an integral part of the Special Tigers mandate. Inspired by working with children with special needs in high school, Haworth began searching last year for resources that would allow her to establish an athletics-oriented special needs program on campus.

“Sports and physical activity have a profound impact on the lives of all children regardless of their intellectual capabilities,” says Haworth. “Being active in group settings allows for social skills development, which is particularly important for many kids with intellectual disabilities.”

Haworth is quick to list the different people who helped make her idea a reality, including Matt Quinn from Special Olympics Nova Scotia, Dalhousie Athletics Commissioner Kit Moran and fellow Varsity Council member Kristy McGregor-Bales. She also happily notes the growth experienced by the program since its inception.

“We started out with about seven kids at our first events, and maybe ten athletes,” she says. “Now we’ve got two courts full of kids and full of athletes, so it’s definitely growing.”

Bolstered by a larger-than-expected turnout at the September 14th event—with a volunteer contingent of roughly 40 student-athletes—hopes are high that growth will continue, raising the possibility that events might expand into the Dalplex pool. The next Sports Day is scheduled for October 5.

Truant calls the response from varsity athletes “remarkable,” adding that “Special Tigers is one program that everyone really enjoys doing and looks forward to.”

The enthusiasm of the volunteers is important, especially for parents of participants. “It’s just a really great thing that they’re doing,” says Christine Lane, as she watches her 10-year-old son Ian join a game of pick-up basketball. “The athletes have so much energy and such great skills.”

For their part, Dalhousie athletes appreciate the fact that young Special Tigers participants are starting to appear at varsity home games, cheering on their new favourite team.

“They love coming to the games and we love having them,” says men’s basketball player John Traboulsi, “because they’re probably the loudest and best fans out there.”