The Commission’s Board of Commissioners dismissed the complaint due to “insufficient evidence to support the allegation.”

Dempsey filed a complaint against Aramark last October after she was allegedly discriminated by two employees on the basis of her gender identity.

Dempsey received the letter Wednesday. More coverage will follow tomorrow in an exclusive interview by the Gazette. 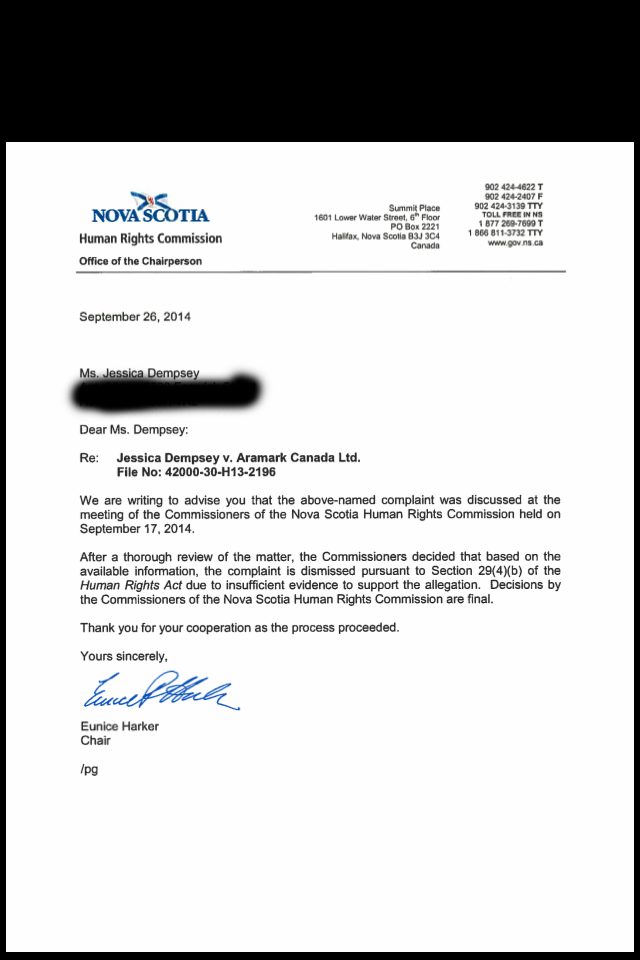 This letter was received by Jessica Dempsey on Oct. 1, 2014.