What is Dal iGEM and what are its members working on?

A Dalhousie University society called Dal iGEM is gearing up for this year’s upcoming iGEM conference in Boston. There, along with teams from all over the world, Dal iGEM will present their latest genetic engineering research.

iGEM or International Genetically Engineered Machine, is an international genetic engineering competition. It originated in the early 2000s at the Massachusetts Institute of Technology. Today, there are more than 380 teams from all over the world, competing in biomedical, environmental, pharmaceutical, software and hardware tracks.

Dal iGEM is an undergraduate research team that focuses on environmentally based research. The team is made up of: two principal investigators, about 16 undergraduate students and four mentors. The students involved with Dal iGEM are from a range of backgrounds and represent multiple faculties at Dalhousie. Dal iGEM is one of the only undergrad research teams that investigate and pursue research of their choosing.

Matthew Curry, one of Dal iGEM’s co-presidents, discussed the unique opportunities that come from working in a lab like iGEM’s.

“If students were to pursue education through say an honours program, or experiential learning, they get a lot of work in terms of lab work and maybe writing the research papers,” said Curry. “But if you’re actually running a research lab yourself, you’ll have to manage the funding, manage the public outreach side of things.”

Right now, the team is in their crunch time before the competition in October, where they’ll be presenting their latest work: a bioreactor that can pinpoint toxic aluminum hotspots in Nova Scotia’s drinking water.

The reason there is so much aluminum in the first place is because of Nova Scotia’s lack of limestone, said Curry and Francis Routledge, Dal iGEM’s other co-president. Limestone acts as a natural buffer system, and without it, a toxic form of aluminum (Al3+) leaches out of the soil and into the water. Al3+ is damaging to the environment, posing a big concern.

“Right now the biggest mitigation strategy is taking a helicopter, and they just dump tons of lime over bodies of water that they believe will leach out aluminum,” said Routledge. “Which is so expensive, and it’s not that efficient of a system to work with.”

In order to test the water for aluminum content, the current system tests 1.5-millilitre-vials of water in a mass spectrometer. Curry recalled when he and Routledge went to the Nova Scotia Health Authority to figure out how much money was being spent on these tests. 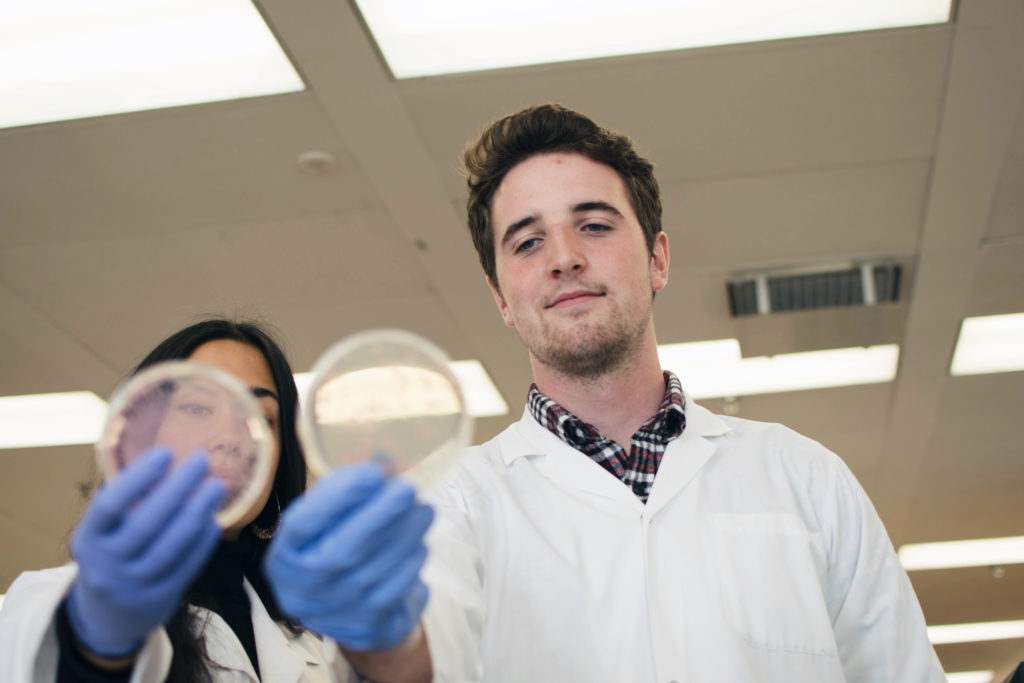 “We just went to the water testing facility and we straight up asked, how much does this cost? And surprisingly it’s over $200 per one sample.” Testing the entire province is expensive. “We need a cheaper alternative,” said Curry.

As a result, Dal iGEM came up with an alternative involving a small molecule called pyoverdin. This molecule is used by some bacteria to bind aluminum. These aluminum binding molecules change their fluorescence when they bind, meaning they visibly change colours. If pyoverdin is used in a sample of water, simpler and cheaper technology can be used to determine the aluminum content.

The team’s current task is to determine how they can get the most pyoverdin possible. Once they figure this out, they can then build the new test. Eight undergraduate members and one mentor will be making the trip to Boston to present their findings at the iGEM conference.

October will mark the end of the iGEM year. In February they’ll be looking for recruits to make up the 2019 team.

For students wondering what it takes to be a part of this group, Routledge made it clear what they’re looking for.

“It’s not about you having a 4.3 GPA and being a perfect science researcher and having all this experience – it’s more about how driven you are, and how interested you are in exploring science.”