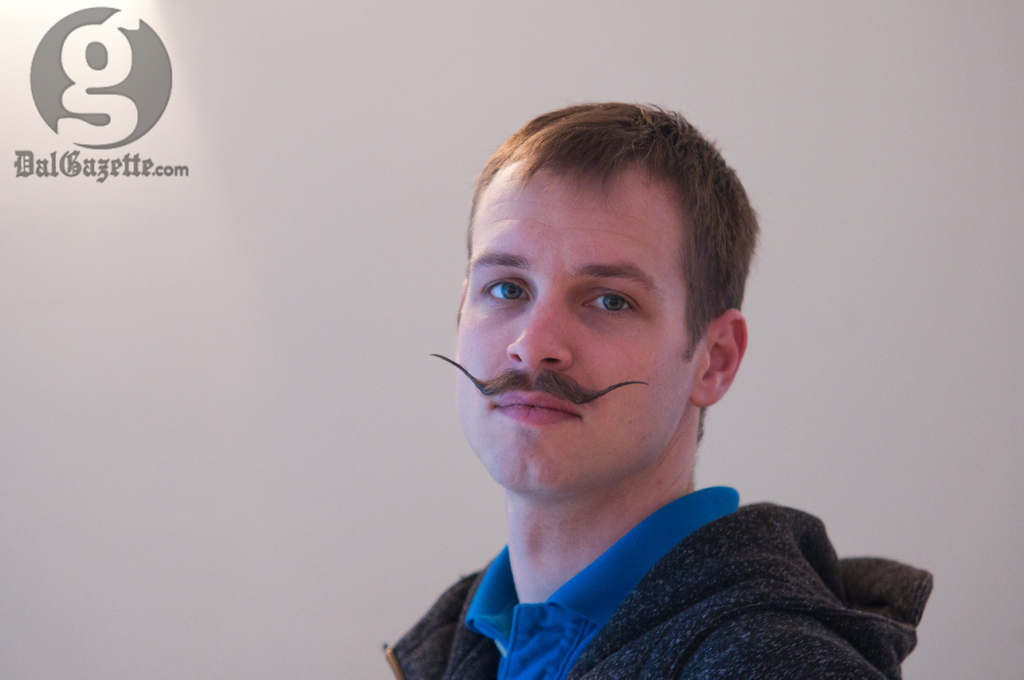 The perfect accessory to your classics degree (Matt Glynn photo)

The beards and moustaches we have become used to seeing this time of year have entered the Halifax history books thanks to a proclamation made by Mayor Peter Kelly on Nov. 13.

In his final act as mayor, Kelly gave Movember the official seal of approval.

“I… on behalf of Halifax Regional Council, do hereby proclaim November 2012 as “Movember” in the Halifax Regional Municipality.” This is the second year in a row that Movember has been given mayoral approval in Halifax,

Movember was founded in Melbourne, Australia when a group of young men decided to grow their beards and moustaches to raise money and awareness for men’s health issues.

“Men in Canada have a 1 in 7 change of being diagnosed with prostate cancer and a 1 in 5 chance of being diagnosed with a mental health issue each year,” reads the proclamation. “Despite these facts, 90 per cent of prostate cancer is treatable if caught in the early stages and most mental health issues are highly treatable and managed. This makes awareness and early detection crucial.”

This year, Movember mania seems greater than ever. Even Theodore Tugboat is sporting a moustache. There’s also an official flag. The bearded men of the Movember Halifax Committee, commonly referred to as Mo Bros, descended on the Grand Parade on Nov. 15 to raise the official Movember flag.

One of the proudest in the crowd was Mike Milloy, chair and founding member of the Mo Bros.

Milloy was also pleased about the impact Movember has had on the student community, highlighting how the “Big Moustache on Campus campaign” raised over $2 million last year.  Movember has also made a big impact on the Dalhousie community: the Dal Commerce “Stiff Upper Lips” team has raised close to $8,000 only half way through the month.

So what do other Dal students make of the sudden appearance of handlebars and goatees across campus this Movember?

“I never like full-out beards or moustaches, but some scruff can be fine provided that it isn’t really patchy” said Hannah Blanchard, a second-year marine biology major.

Jacqueline Wigle, a second-year psychology major says she’s “a huge fan of facial hair on guys in general. However I will admit some pull off the moustache better than others.”

While student opinion on the beards themselves is divided, there is no doubting the importance of the cause that they raise money for.

“The more moustaches you see, the more aware you are about who the illnesses could be affecting,” says Wigle.

“I feel like women’s health gets a lot of attention, especially with the pink breast cancer campaign and men’s health also deserves to be considered important.”

[Students can still donate to the cause at ca.movember.com.]