Can we consent on consent? 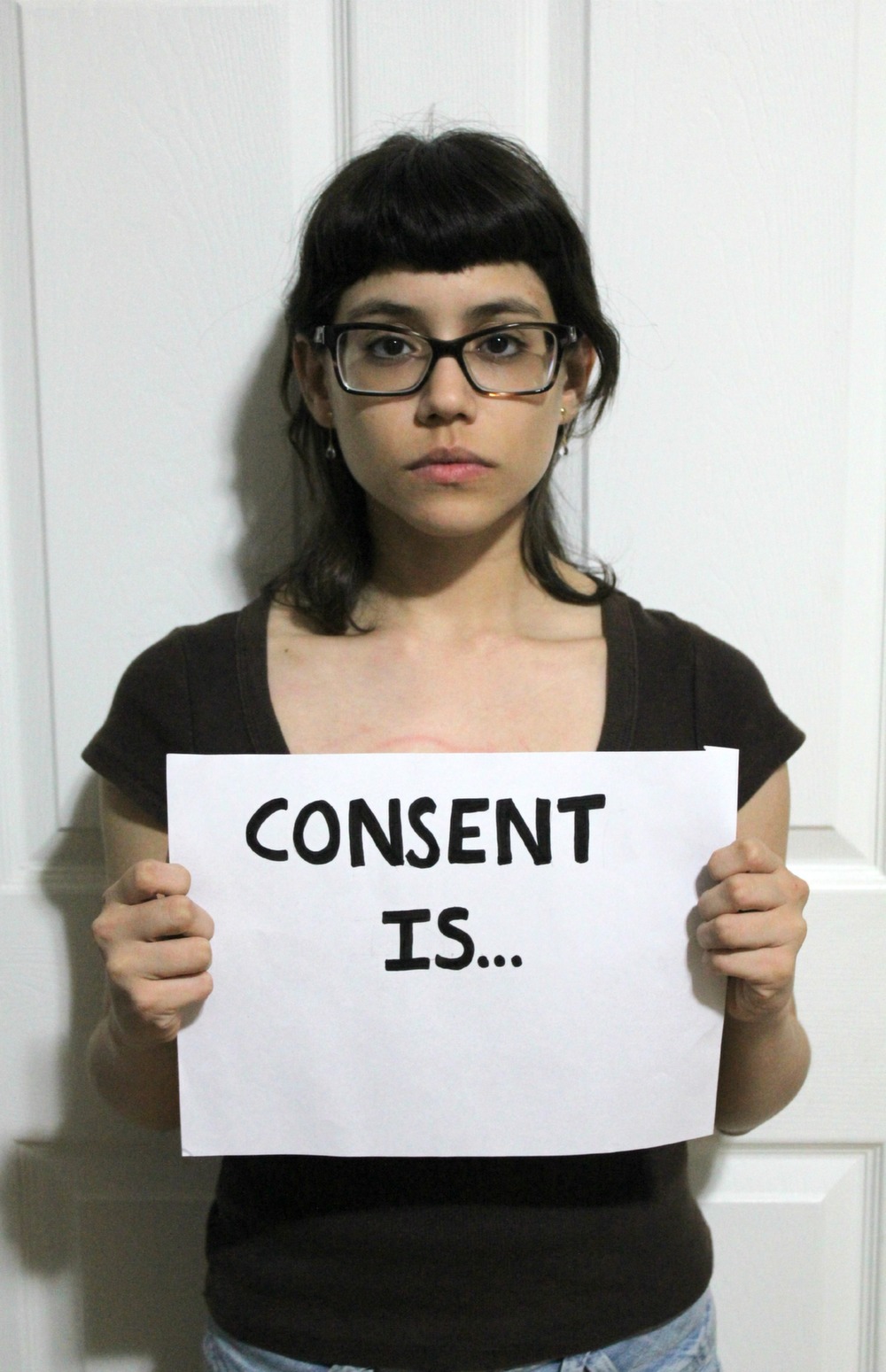 We need to reframe consent campaigns to understand that only yes means yes. (Photo by Jasspreet Sahib)

After being inspired by NSCAD’s similar campaign last year, the University of King’s College held it’s first-ever ‘consent week’ from Feb. 10 to 14 this year. This was likely not the only reason the King’s Student Union (KSU) decided to dedicate a week to the topic, as debate over what consent means has been rampant on the east coast in recent months.

The fall semester began with video footage of Saint Mary’s University orientation week leaders teaching first-year students a chant encouraging the sexual assault of underage women. This came after Rehtaeh Parsons, a Nova Scotia high school student, completed suicide in April 2013 after her alleged rape. Parsons was intoxicated to the point of vomiting and had little memory of what happened, a clear sign she was in no position to give consent in that moment. Just like many situations in university, alcohol likely played a part in her inability to convey that she was not interested in sexual advances.

While drinking, sexual choices are often not what a person might choose to do when sober. Either too drunk to say no or drunk enough that their state of mind is altered, people can regret their choices the following day. To avoid this, campaigns have been developed to encourage students to make sure their partner is as actively engaged as they are, and to refrain from attempting to sexually coerce someone who has been drinking. Dalhousie’s ‘Get Consent’ campaign follows four main pillars: “no” means no, silence means no, drunk means no and “not now” means no. The Dal campaign shows the positive growth sexual assault campaigns have made, switching from teaching victims to avoid being assaulted to teaching people not to sexually assault.

But what university campaigns like these don’t recognize are the other reasons many people chose not to say no. There seems to be a social stigma around those who leave a situation when they decide they’re uncomfortable with where it’s going. Particularly in university, people might feel obligated to have sex because they think everyone else is and are afraid of what might be said if they don’t. Scared of being deemed a “tease” or of disappointing their partner, many young women feel that becoming submissive to whatever sexual endeavor desired is the route to go.

This plays to age-old sexist theories that view women as dormant relative to men, not having sexual desires of their own and partaking in it solely for the sake of men. This is untrue, as sex should be just as enjoyable for both parties. Consent during a sexual encounter should be ongoing, but young people often do not have the self-assurance to leave a situation when they realize it is not something they want. Although the Canadian Federation of Student’s (CFA) ‘No Means No’ campaign is a helpful initiative, the only way to fully address the social pressures surrounding sex and the factor alcohol plays in the university environment is by promoting the message that only yes means yes.

The ‘no means no’ campaign which the KSU supports, puts the responsibility on the pursued party to stop anything they are not comfortable with. ‘Yes means yes’ reverses the situation, and means the pursuing party must refrain from advancements unless the other person specifically says they are interested. That way, in situations where someone is too drunk to refuse, they are also too drunk to consent, and students who have heard the ‘yes means yes’ message are more likely to refrain from trying anything with that person.

Although a world where everyone listens to the ‘yes means yes’ message is mostly a dream, by promoting the mantra we are one step closer to living it. Body language is easy to misinterpret, drinks are easy to overdo, and the issue of consent is as clear as mud. But by promoting that only ‘yes means yes,’ we can hopefully decrease the number of young people who wake up Saturday morning and regret the night before.