From The Archives: Spooky Studies

While this week’s specific paranormal submission by “A Creeped-Out Contributor” is something of a rarity, the Gazette has long treated the study of the paranormal as a field worthy of discussion. From century-old questions about why so many of the spirits contacting us from the beyond happened to be especially ignorant manifestations of famous thinkers and leaders, to a report on the University of King’s College attempt to treat “parapsychology” as a serious academic discipline in the early ‘60s, to a dire warning about Ouija boards from Ed and Lorraine Warren (the real life ghost researchers featured in such movies as the Conjuring and The Amityville Horror), the Gazette has a long and petrifying history of pondering the paranormal!

Toronto is at present in the grip of a veritable furor of spiritualism. Sellers of

ouija boards are about to retire with their fortunes, and local mediums are busy night

and day. It was all occasioned by a book called “The Twentieth Plane,” containing alleged messages from such departed celebrities as Sappho, Sophocles, Plato, Spinoza, Coleridge, Wordsworth, Emerson, Lincoln and so on ad nauseam. These soi-disant spirits dictated their amazingly inept and uninspiring messages through a ouija board or by speaking through a medium.

With regard to the messages moral advice etc., vouchsafed Ely these self affirmed geniuses who apparently have so little to occupy them in their present state that they· must needs flock one and all to this Toronto medium, the best that can be said of them is that their authors must have experienced a progressive deterioration since they departed this life. At their best they are exceedingly common place. “There is not even the shadow of a new idea or ideal,” And no new light whatsoever is brought to bear on the eternal questions of our being.

At their worst, however, these quotations afford an object lesson on human credulity- how any sane person could believe that these effusions really emanated from the alleged authors is a mystery. (…) Wordsworth forgets which poems were written by him and which by Shelly, Spinoza affirms that Disraeli was simply a reincarnation of himself but one wonders what has become of Spinoza when Disraeli slips into the circle to give some advice on the settlement of the Irish question!

The mere assertions of intelligences at work as to their identities have been accepted as final. How great the possibility of error and deceit may be gathered from the fact that automatic writers are constantly receiving messages signed by the name of Mozart or some other musical celebrity. Sir William Barrett quotes, as an example a message supposedly from George Elliot, in which that celebrated author (?) offers in very defective English to tell the investigator all he wants to know of any of the planets.

The whole subject of psychical research is a complicated one and not without its dangers. It is well for the world that it should be investigated as it touches a very vital question, but such investigation should be confined to the strictly competent and scientifically minded. We can receive with confidence whatever such men as Sir Oliver Lodge and Sir William Barrett have discovered with reference to psychical phenomena. But this mere credulous acceptance of whatever may be spelt out by a ouija board or communicated by any other supernormal means without due criticism is it seems to the writer to be heartily condemned.

I see that Doug Wilchovy of the University of Manitoba, advertised recently for “all those interested in discussing powers, ghosts and other psychic phenomena to get in touch with him “with hopes of forming a small group for the scientific investigation of the above. Anyone interested should contact him by mental telepathy. 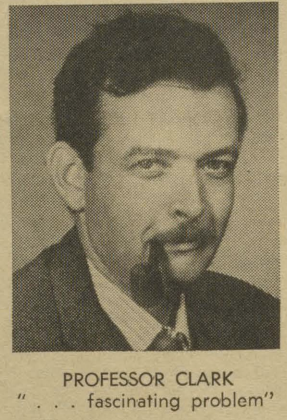 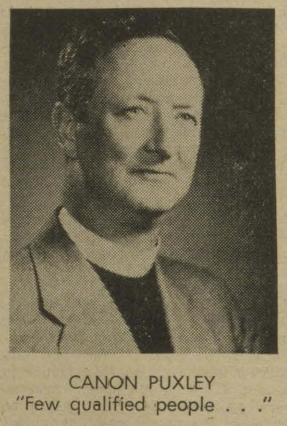 Parapsychology is an unknown subject. As Kings College is soon to open an Institute of Parapsychology perhaps some clarification is in order.

Parapsychology is the experimental study of psi, which includes extrasensory perception and psychokinesis. It is tested through psychic research. Psychic research to most implies the concept of ‘ghost chasing.’ Extrasensory perception suggests a jumbled combination of mind reading and of the foreboding of coming events. These expressions are, in themselves, not well understood.

Extrasensory perception and psychokinesis make up psi, a term used for all psychic phenomena. Psychokinesis concerns the extrasensory control of certain objective events such as the fall of dice. These phenomena and their subsumptions will form the material for study at the institute.

Plans for the Institute began with the personal friendship of Canon Puxley of King’s College and Dr. J.B. Rhine, Director of Parapsychological Laboratory at Duke University. Dr. Rhine offered to finance and staff the Institute if Kings College would house it.

The Parapsychological Foundation of New York agreed to provide funds for three years. The difficulty in obtaining a director for the Institute has delayed its opening. Canon Puxley explained “because of the restricted field and few qualified people, the Institute has not yet succeeded in finding the person it is looking for.”

To staff an Institute of Parapsychology or to even find people to enter the field is difficult because of the disbelief of many psychologists themselves in extrasensory perception. The actual existence of the subject matter of parapsychology is still doubted. “Research, however, continues to be worthwhile”, says Professor J. W. Clark, a member of the Dalhousie Department of Psychology, “because of the fascination of the problem and the degree of success that research in the area has had so far.”

The Warrens from Connecticut visited Dalhousie last week and put on a series of three lectures dealing with various occult subjects.

Ed and Lorraine Warren are artists who have devoted many years to the study of hauntings, demonic possession and the spirit world. Mrs. Warren is a light-trance medium while Mr. Warren is an avid reader and student of the occult.

The Warrens began their lecture series with a slide show depicting several haunted houses in New England. This presentation included instances of physic photography – the exposure of photographic plates by spirit forces. One house they referred to could never be photographed from the front without producing a cloudy image.

The other lectures seemed almost exclusively devoted to references to the enormous dangers inherent in occult studies. The Ouija Board, which is sold in many stores, was singled out as an especially dangerous device. This danger, said the Warrens, is the result of calling in spirits without any control. The danger of summoning spirits by any means is the same. To back up their assertions, they played tapes of an interview with a family that had been troubled by an Incubus demon which had been drawn in by two girls playing with a Ouija Board.

The subject of mediumship was discussed in much the same way. Lorraine Warren has found that she became a medium quite against her better judgement. Although she fears demonic possession, she finds that she must practice the dangerous art of mediumship. A tape was played from a seance at the Warren’s home, during which a demon possessed the medium.

In a private interview with the GAZETTE, the Warrens expressed dismay at the difficulty they have encountered in getting the services of an exorcist. The great danger of studies of the paranormal is demonic possession. The task of the exorcist is to cast demons out of those who have become possessed. Mr. Warren mentioned that they have had to resort to exorcists who are not of the Christian religion in order to help those in need.

There will always be enormous numbers of people who have no use for the supernatural. To these individuals the Warrens had little to say. To the growing number of people who are studying occultism, they had one salient message:
“Watch out, spirits can be dangerous.” 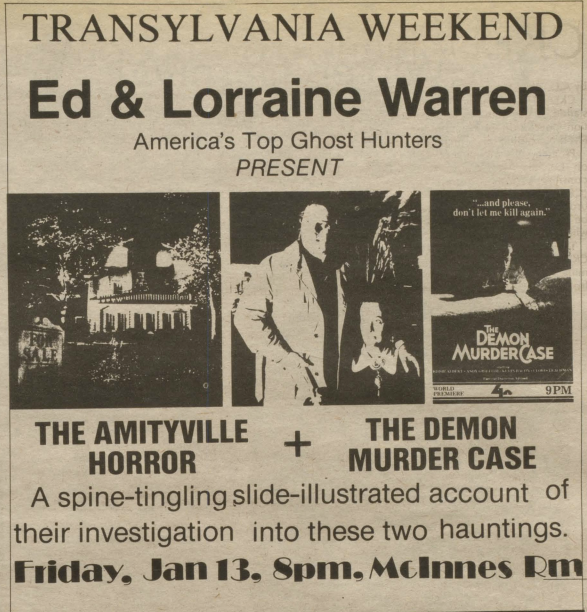