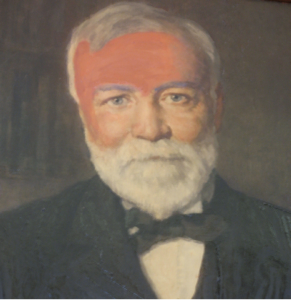 The University of King’s College is in some serious financial trouble. Increasing costs and diminishing enrollment mean the school will face a $1.1 million deficit this upcoming year, and experts project only worsening numbers unless administrators take immediate action.

Some suggest that King’s should join the 21st century and start offering classes that are relevant to today’s employment market – that modern students are more interested in dynamic entrepreneurs like Zuckerberg and Jobs than dusty old philosophers like Kierkegaard and Hobbes.

The answer to King’s current troubles isn’t going to come from selling out and abandoning a proud history of perpetual obsolescence. King’s was founded as a haven for elitist intellectual dilettantes, and its very survival now depends on embracing this noble heritage.

King’s has one very crucial advantage that more modernized, results-oriented universities lack. Whilst other universities were updating their offerings during the 18th, 19th, 20th, and 21st centuries, King’s held firm against the tide of progress. As a result, they never axed the staff position upon which their fortunes now rest.

I refer, of course, to their professor of alchemical studies.

The rest of the world laughed when King’s declined to jump on the “chemistry” bandwagon many moons ago, but we can now see the wisdom of that decision. Sure, a chemistry department might teach the kind of employable skills that attract paying students … but alchemists can turn lead into gold.

At $1,220 an ounce, alchemy professor Kyle Fraser would need to transmute about 30 kg per year to keep up with the current budget deficit. Only he could tell you if this is feasible, but really, transmutation is small change in the grand scheme of things.

The real money is in the Elixir of Life – immortality in a bottle.

Scoff all you want. Mainstream historians like to perpetuate the myth that no alchemists ever successfully produced this elixir. Tell me though, if you unlocked the key to immortality, would you let the whole world know? Would you really want to spend the rest of your endless days being hunted down by megalomaniacal dictators with dreams of endless empires?

Imagine an eternity constantly fleeing the personal armies of every Napoleon, Stalin, or Harper who coveted your secret knowledge. Clearly, you’d keep your discovery to yourself.

Take a few moments to reflect on King’s history though, and it’s obvious that they’ve had the secret for years.

King’s used to be in Windsor, NS until the campus burned down in 1920. Things looked bleak, until they found a surprising benefactor to pay for their impressive rebirth in Halifax.

The Carnegie Corporation of New York. Andrew Carnegie was one of the w, most powerful industrialists in American history. Why would his corporation give up a fortune to help rebuild a tiny rural university a thousand miles away on the other side of an international border?

Charity? Goodwill? A desire to kindle the flame of public education?

Don’t be naive. Open your history books and take a good, long look at Andrew Carnegie.

He was really awesome in those Hunger Games movies, wasn’t he?

(Look, I’m not saying for a fact that Donald Sutherland is actually the immortal Andrew Carnegie, but it is more than a little a little suspicious that his first recorded appearance as a public figure just happened to be as a radio host here in Nova Scotia.)

King’s received millions from the Carnegies in the 1920s. Imagine what the elixir would be worth now to the likes of Bill Gates or the Google gang.

As the insufferable literary snobs of King’s are almost certainly aware, Jonathan Swift once wrote that “when a true genius appears in this world, you may know him by this sign, that the dunces are all in confederacy against him.”

For years, the world has mocked your archaic ways. Hold steady and fear not. Your redemption is at hand.