At the end of the fall semester, the basketball, hockey, swimming and volleyball teams get a break, but they’re also gearing up for the second half of their seasons.

Here’s an overview of how they’re doing so far. 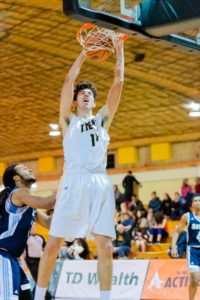 After two years of dominating the regular season, the first month of the men’s basketball season has them back down to earth. They currently have a record of four wins and three losses, which puts them fourth in the standings.

When Dal is on their game, they’re one of the best teams in the AUS. They swept Cape Breton University and Saint Francis Xavier University in two-game series and lost to the undefeated Saint Mary’s University Huskies in overtime. But they don’t always play their best as shown by two 13-point losses to the University of New Brunswick and being beaten 22-10 in the first quarter of the Shoveller Memorial Tournament championship game against the Huskies before coming back and ultimately losing by five points.

If the Tigers consistently play to their capabilities, they’re an AUS championship contender. They have eight guys who can consistently score and they’re one of the best defensive teams in the league. Their close games against Saint Mary’s prove the Tigers are right there with them. They’re going to need to be at their best if they want to play well as the host of the national championships. 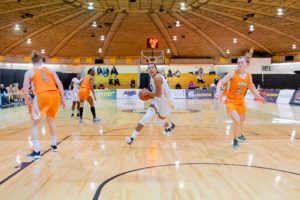 After two years of missing the playoffs, it looks like the women’s basketball team is going to get in. They have three wins and four losses placing them fifth in the standings.

The Tigers were inconsistent through their first four games. They had strong games against CBU and UNB and also rough games against both of them. They were consistent defensively but had a much more difficult time scoring in their second game against both teams. To be fair, Dal lost their starting point guard Michele Tchiakoua to injury with 2:20 left in the first UNB game when the score was tied 67-67. Dal was not the same after that injury.

Dal easily won their last three games heading into the winter break. They beat StFX twice by a combined score of 156-121 and they beat Saint Mary’s by a score of 78-58. Neither Saint Mary’s or StFX have won a game this season.

Dal is on pace to finish between fourth and sixth place. They have good talent on the team and they should get better as the season goes on because they will adjust to losing Tchiakoua. Dal should make the playoffs but they’re not championship contenders. However, if they play their best, Dal will be a tough opponent. 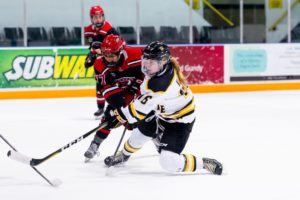 With 11 first years on the team, the first half of the season has been a first half of growing pains for the Tigers who have four wins, 11 losses and two overtime losses, placing them second last in the league. It’s not surprising to see why: they’re near the bottom of the league goals scored and allowed, as well as the power play and penalty kill success rate.

It’s not all bad for Dal, they’re getting great goaltending, and their goalies have a fantastic .923 save percentage.

With many young players, this team will get better; the players will get a better understanding of what the coaches want and the coaches will gain a better understanding of what type of players they have. Their special teams will get better and so will their play. The question is, will that happen in the second half of the season or is that a long-term projection? 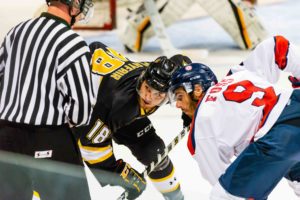 They have the same record as the women’s hockey team going into winter break and are last in the AUS. They won the first game of the season and then went on a nine-game losing streak, losing every game in October. November was better, they won three games and lost four.

The big issue for this team is their puck possession and defensive play. Dal’s allowed 40 or more shots 12 times in 17 games. Rookie goaltender Reilly Pickard has been fantastic for Dal. He has the third-best save percentage in the league at .915, but he can only do so much.

Outside of goaltending and discipline, this team needs to be better in every area. The Tigers made a surge after the winter break of last season. They lost eleven straight games in the first semester and bounced back to win seven out of 12 games in the second semester to make it into the playoffs. They will be hoping for history to repeat its self. 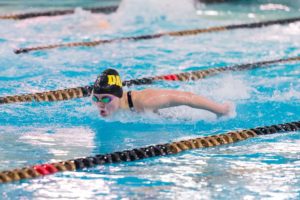 After winning the Kemp-Fry Invitational, the women’s swim team ranked eighth in the country.

After winning the Kemp-Fry Invitational, their biggest meet of the season so far, the Dal women’s swim team is ranked eighth in the country.

Dal’s star swimmers had a great performance at the meet. Lead by U Sports Athlete of the week Isabel Sarty, she won the freestyle events in the 100m, 200m, 400m and 800m. She also was a part of the first place 400m freestyle, 800m freestyle and 400m medley relay teams.

With the success they have had so far this season, there is no reason why Dal can’t win their 18th AUS championship in a row and have a strong showing at nationals. 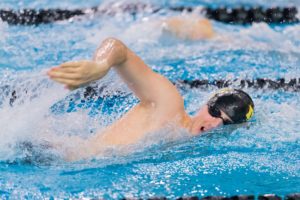 The men’s swim teams are an honourable mention in the U Sports top 10 and the highest rank team in the AUS.

They finished second at the Kemp-Fry Invitational, 300 points behind McGill University, who are ranked fourth in the country.

They’re led by Alec Karlsen who won three out of four individual events at the meet. He won the 200m and 400m medley as well as the 200m butterfly.

First-year Christian Payne also had a strong showing. He won the 100m backstroke and finished second in the 50m backstroke.

Tyler Immel-Herron didn’t win any events but he finished second in the 100m and 200m backstroke and, the 400m freestyle events.

Their second-place showing at the meet shows they’re the top contenders to win the AUS championship for the 21st time in a row.

The Tigers are undefeated so far this season with nine wins and have dropped only two sets in the process. They’re feasting on the competition.

The Tigers combination of athleticism and coaching allows them to be a force. They’re smoothly able to absorb an attack and move the ball to the outside where usually one of Moore or DuMont is able to hit it for a point.

If Dal continues like this, they should win the AUS championship for the seventh straight year and be competitive at nationals. 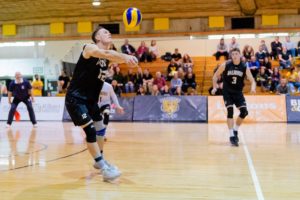 Dal has three wins and five losses to put them right in the middle of the Quebec Student Sport Network (RSEQ) men’s volleyball league.

The Tigers are led offensively by Graham Schmuland, Kobe Shannon and Jeffrey Walton with Malachy Shannon setting them up as the setter. Defensively, Schmuland, Malachy Shannon along with Matthew Woods and Jasper Kristmanson lead the teams in blocks, each of them has over 20. Harrison Callaghan, Schmuland and the two Shannons have over 50 digs.

The Tigers have proven they can play with anyone except Université Laval who beat them twice in straight sets. They haven’t beat Université de Montréal but Dal played them tight in their second meeting. At best Dal makes it to the finals and will probably lose to Laval. However, getting past Montréal will not be easy.

They went on an adventure to Europe over the winter break; they played in a tournament in the Netherlands and finished third. They also did some training in Germany. We will see if that helps them in the second half.