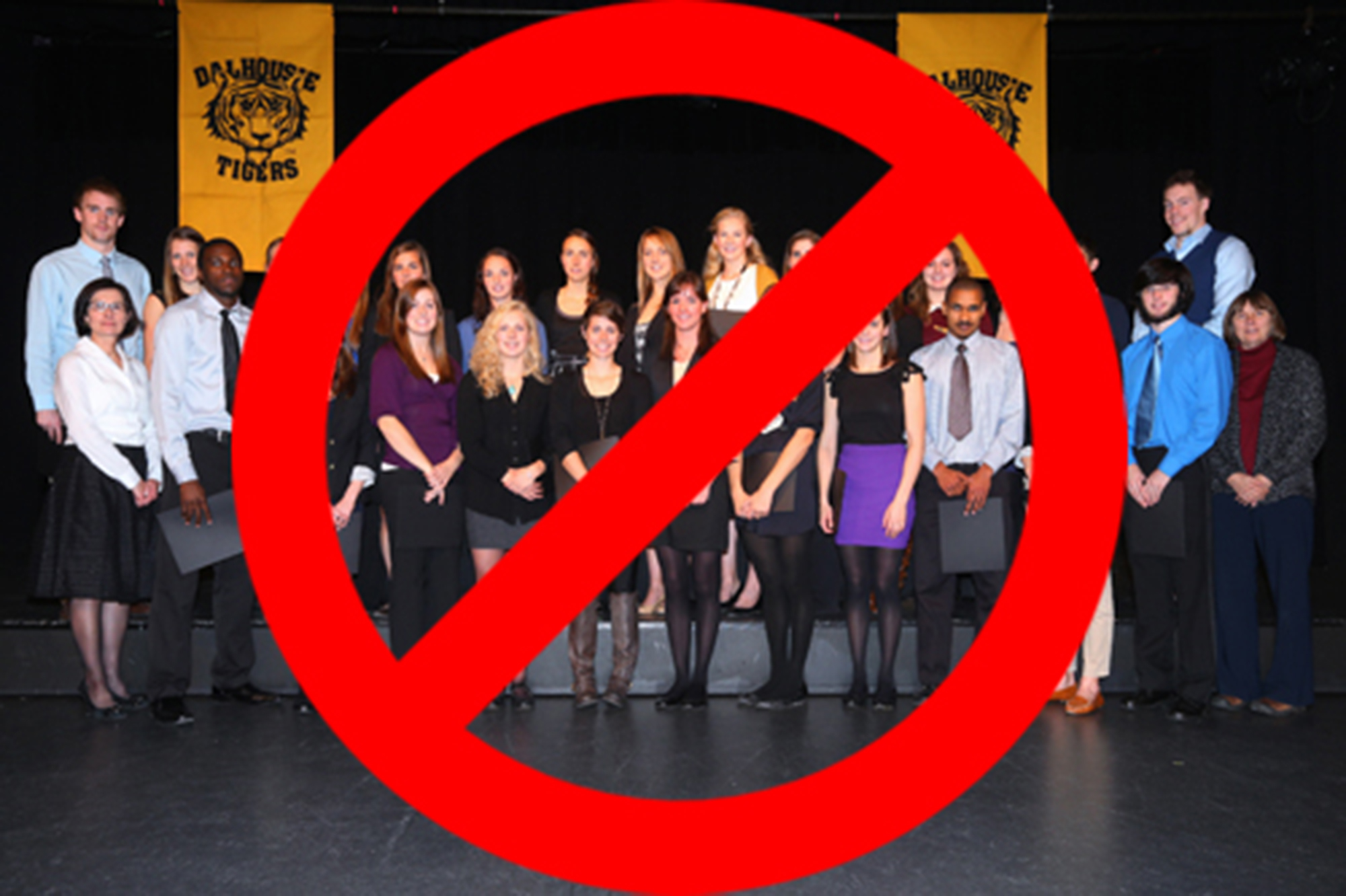 Due to staff shortages and budget cutbacks, the athletics department’s annual Academic All-Canadians Banquet is in danger of cancellation.

Though normally held in mid-November, the format, timing and existence of this year’s event is uncertain. Despite a host of challenges, organizers are optimistic the banquet can be saved.

“We completely appreciate the value of the luncheon,” says Zane Robison, acting athletic director and executive director of student life. “We know how important it is to the student-athletes and we’re making every effort to ensure that it will go on.”

In past years, Dalhousie has been one of the only universities in the region to host a separate, school-organized event recognizing the academic excellence of its athletic scholars.

For many varsity athletes, the existence of the banquet, featuring a formal lunch and award ceremony, provides a unique opportunity to acknowledge the professors who make such high achievement possible.

“You’re going there to say thank you to your prof,” says Rebecca Haworth, Dal Varsity Council president and a reigning Academic All-Canadian. “[You’re saying] ‘Wow, you’ve really accommodated my terrible schedule all year.’ They really help us out a lot, and this is the one time of the year that they get thanked.”

To qualify for the Academic All-Canadian status, athletes must spend 20-30 hours a week training for their respective sport while maintaining a grade-point average higher than 3.43.

A total of 93 varsity student-athletes, about a third of the school’s total, attained this mark in the 2011-12 season.

With staff concerns mounting, however, the athletic department may be hard-pressed to continue this public showcase in its current form. Robison notes that a medical leave of absence taken this semester by athletic director Karen Moore—along with two other key departures—has resulted in the need to explore alternatives.

One available option is to eliminate the event in the short term. According to Robison, a single-year cancellation is “a strong consideration.” Another possibility would be to move the banquet to January, giving administrators more time to plan.

In addition to the staffing snafu, varsity athletics must face the impact of province-wide cuts to post-secondary funding. Robison acknowledges that “athletics is not alone” among university departments in experiencing budget reductions but admits that “every year you have to make more and more tough decisions.”

To compensate for shrinking finances, the department is currently holding private conversations with two donors in hopes they will step forward to help cover the banquet’s costs.

“We actually tried to find a donor over the summer, but it didn’t pan out,” says Robison. “We’ve spoken to the coaches and identified a couple other donors and we’re going to approach them.”

For her part, Haworth hopes these discussions yield a positive outcome. She wonders, though, how the athletics department came to this situation in the first place.

“Something’s happening to all the money that used to pay all the people that worked in the department,” she says. “It’s like a sinking ship, a little bit. If a university department can’t organize one lunch, I think that screams there is a severe problem within the department, that they do not have the resources they need.”

According to Robison, a final decision on timing and funding will likely emerge this week, although there are “no guarantees.”

“This is an event that should be very important,” says women’s volleyball coach Rick Scott. “We should try to save it if we can.”