A look into the impressive coaching career of Al Yarr

Much of the Dalhousie University Tigers athletic success is credited to the coaching of Allan Yarr.

Yarr has been coaching for 55 years in a variety of sports including basketball, golf, tennis, and football; he’s led 91 of those teams to be conference champions and five of them have medalled at nationals.

Yarr is motivated to continue coaching because he feels a sense of joy and when he helps his athletes achieve their goals.

“I get just as excited as they do when they do something they didn’t think they can do,” said Yarr.

Yarr coached the men’s basketball team from 1963 to 1979; he took a brief break from his role as the head coach during the 1975-76 season. The team had tremendous success. From 1967-72, the team was one of the best in the AUAA league with records of 10-2 twice and 9-3 twice but couldn’t push through and win a championship. 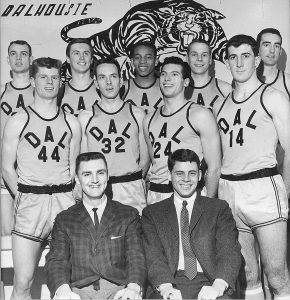 At the same time, Yarr also coached the Nova Scotia basketball team at the inaugural Canada Winter Games in 1967. The team won a bronze medal.

Although Yarr began his coaching career with basketball being his primary focus, his passion transitioned to coaching cross-country and track.

“The art of coaching is to challenge athletes to do something they have doubt about, and in a vast majority of cases they will accomplish,” said Yarr.

“The thing with athletes is that they recognize that there’s more to give to their sport and they strive for more. The beauty of running is that there’s the fitness component, community aspect, and an objective measure where you can see your improvement.”

Yarr strongly believes that the dreamers are the ones that achieve in life. Athletes who work towards dreams with serious commitment can make the dream seem possible and attainable.

Some of his greatest prodigies had those qualities: like John Cassidy, a basketball player who played for team Canada in the 1976 Montreal Olympics and Lucy Smith, a 19-time Canadian champion in running, duathlon, and triathlon.

His athletes are appreciative of what he has done to help them improve to become better runners and individuals.

“Al has been a great coach, friend, and mentor since I first started running at Dal”, said Ellen Chappell, who won multiple of AUS championships in cross-country and track with Yarr.

“He is full of advice and encouragement, and never gives up on anyone. He is very knowledgeable and always willing to share his advice. I have learned a lot from him about running and life. I’m very grateful to have been coached by him!” 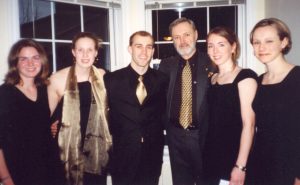 His coaching philosophy is that coaches have to coach the whole person. They have to be demanding and caring. They have to recognize the athletes as a subject with many dimensions by taking into account their immune system, body structure and how they handle pressure.

Yarr incorporates the four T’s of running into his coaching philosophy: talent, technique, tactic, and toughness. He says that to be a successful runner, one must embody the four T’s.

Editor’s Note: In our paper edition published we incorrectly stated ” Nova Scotia Hall of Fame” when it is correctly called the Nova Scotia Sport Hall of Fame. We apologize for the mistake.