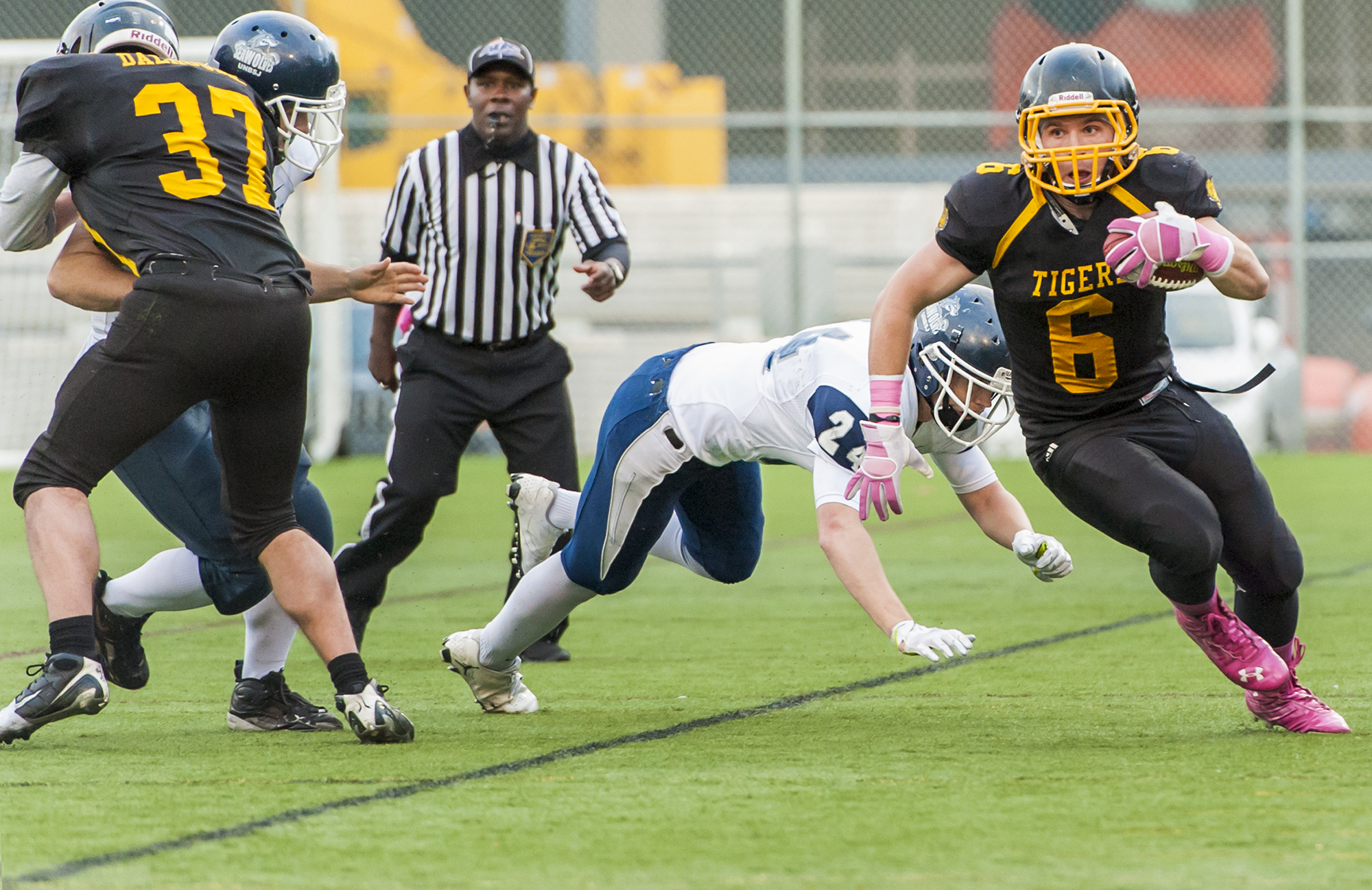 Another year, another season of disappointment for the Dalhousie Tigers men’s football club. The black and gold’s championship hopes came to an end Saturday in Halifax at the hands of the Holland College Hurricanes, with the home team falling by a score of 21-16 during Atlantic Football League (AFL) semi final action.

Dalhousie struggled to find a rhythm offensively out of the gate, a theme that continued throughout the course of the game. The Hurricanes (1-4-1) played like a team that disregarded all prior records and statistics heading into the game, as the Tigers (4-1-1) did not look like the same squad that placed second in the AFL standings during the regular season.

Jay Dearborn, who had three interceptions for Holland College, credited the confidence his teammates have in each other for his team’s semi final victory.

“Even though we didn’t have the greatest regular season record, we knew we could win this game,” he said. “We kept a positive attitude all week, we believed we could take them and we made it happen.”

Hunsley, who came into the game in relief of rookie quarterback Matt Shannon, acknowledged that his team’s inability to capitalize in the first half cost them the game.

“They were able to get the upper hand early which put us in a hole. In the end, it proved to be too big of a hole for us to climb out of,” he said. “We learned a lot about ourselves this season and about the game of football, too. We’ve set the standard for next year.”

The Hurricanes face the UNB Saint John Seawolves next weekend for the right to be called 2013 AFL champs.

The Tigers still remain in pursuit of an elusive AFL championship title. They will have to wait until next season, their fifth in the league, to make that goal a reality.