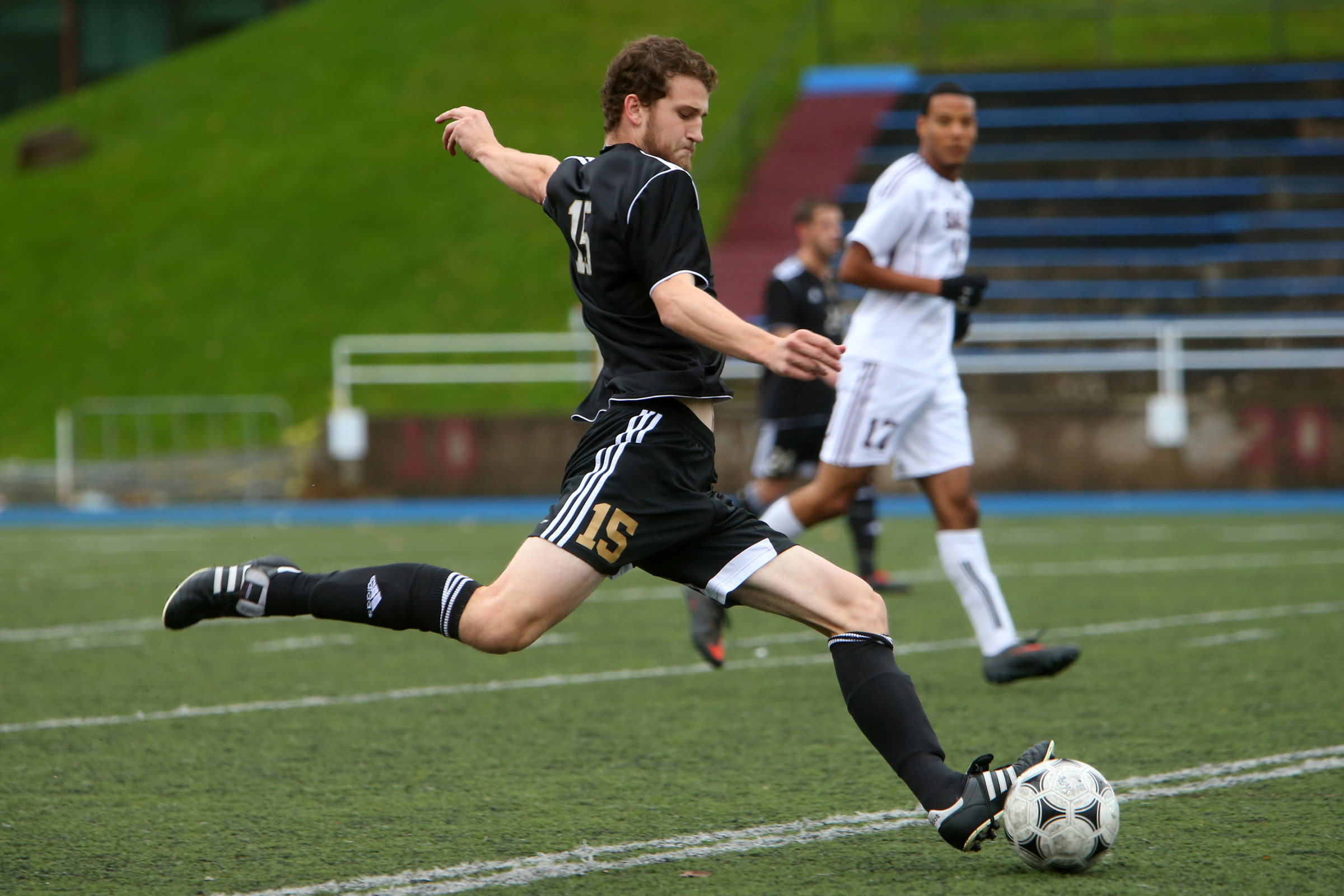 After defeating the Acadia Axemen in a game that lasted nearly three hours, the Tigers were unable to get past the Saint Mary’s Huskies in the semifinals of the Atlantic University Sport (AUS) men’s soccer championships on Nov. 2.

Dalhousie entered the tournament ranked third in the AUS. The Tigers and the Huskies had identical records entering the tournament, but due to the Huskies winning more head-to-head matches, the Tigers were forced to play in the quarterfinals against Acadia.

Both teams had several quality scoring opportunities throughout the second half and extra time, but outstanding efforts by Dal keeper Jason Ross and Acadia keeper Eric McGarry, combined with unpredictable ball movements due to the windy weather, took the game to a rare shootout.

Dal quickly discovered their shootout prowess as they scored on all four attempts. Tigers captain Nathan Rogers, Jack Schembri, Zach Mbolekwa and Evraire each found the back of the net and advanced their team to the semifinals with the 2-1 win.

“We were happy to get the result even though it went to a shootout,” says Dal head coach Pat Nearing. “I thought we had enough chances so that we should have won the game in overtime but we felt pretty good after that.”

However, the Tigers did not escape unscathed. Four of Dal’s starters, including Rogers and frequent goal scorer Tyler Lewars were out with injury for the SMU match. Also, the Tigers had to play the well-rested Huskies, who theyhave struggled against this season, the day following their three-hour marathon match.

Nearing says the injuries the Tigers sustained against the Axemen contributed to the results of the semifinal game.

“We had to make some major adjustments in how we set up,” he says. “We played a back three instead of a back four and sort of played a 3-4-3.”

The match against SMU went differently than the previous day. The Huskies jumped out to an early lead when Saint Mary’s striker Robert Rawlings got one past Ross. Schembri put the Tigers back in the game in the 19th minute, but a goal from Rodrigo De Carvalho and two from William Kennedy for the Huskies was too much for the Tigers to make a comeback as they were downed 4-1.

The semifinal game marked the third time the Huskies have beaten the Tigers this season, and the fifth year in a row that the Tigers have walked away without a title.

The first-ranked UNB Varsity-Reds went on to win their first AUS title since 2006, beating the Huskies 3-0 the following day. UNB and Saint Mary’s will both compete in the CIS championships in Fredericton on Nov. 7.

Nearing, who just completed his 16th year as head coach of the Tigers, remains optimistic about the team he has going into the 2014 season. With only two Tigers graduating this year, skipper Rogers and Jordan Mannix, he says the team’s dynamic will not likely change.

“We have to address a few shortcomings, goal scoring is one of them, but I think we’ll be fine.”