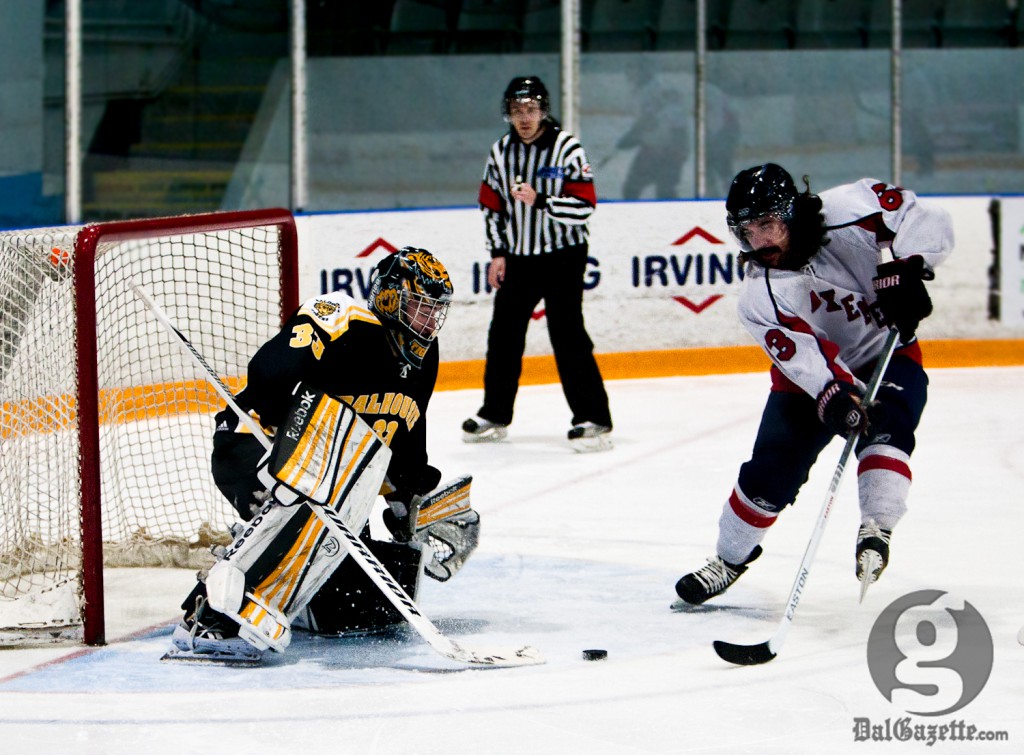 If this losing streak keeps up, a playoff berth for Dalhousie’s men’s hockey team will be gone before the calendar turns to February.

The Tigers surrendered their third consecutive defeat this past weekend and their sixth loss in seven games, virtually ending the team’s hopes to be the sixth and final playoff seed in the AUS.

A playoff dance for the Tigers looks unlikely. Eight points behind Moncton for the last berth, the Tigers can only earn a maximum 10 points if they win their remaining five games.

But with five matches left at Moncton’s disposal as well, the Tigers will be in tough. A date between the two opponents this weekend may officially tame the Tigers’ playoff chances.

Dal’s setbacks this past week were all on home ice, a 3-0 trouncing by Saint Mary’s, 5-2 at the hands of St. Francis Xavier and 3-1 opposite Acadia.

The Tigers meet the league-worst St. Thomas on Jan. 25 and face Moncton the next night. Faceoff for both games is 7 p.m. at the Halifax Forum.